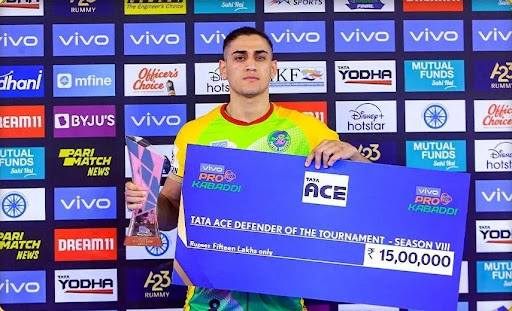 Mohammadreza Shadloui has continued Iran's dominance on the Orange Armband

The modern-day Kabaddi is evolving rapidly hence not only tough but also smart defenders are rocking the grand stage. Despite the less fame and appreciation as compared to raiders, the guardians still hold equal importance for any side’s contention for the title.

The PKL universe witnessed the great fall of many veterans and the rise of next-generation defenders in the eighth edition. Hence Parimatch News brings you the list of Top 5 Defenders of the PKL Season 8.

Sumit overtook the captain Nitesh to become UP highest scoring defender in his previous debut season and the left-corner defender has done it again. It’s quite a great achievement for the youngster to overshadow his corner partner who already holds the record of scoring most tackle points in a single PKL season.

Although his Season 8 tally of 62 tackle points is nowhere near the incredible debut seventh edition campaign where he scored a whopping total of 77 tackle points. He allied with his companions Nitesh, Shubham, Ashu, and Gurdeep to build an impervious defensive wall of Yoddhas. 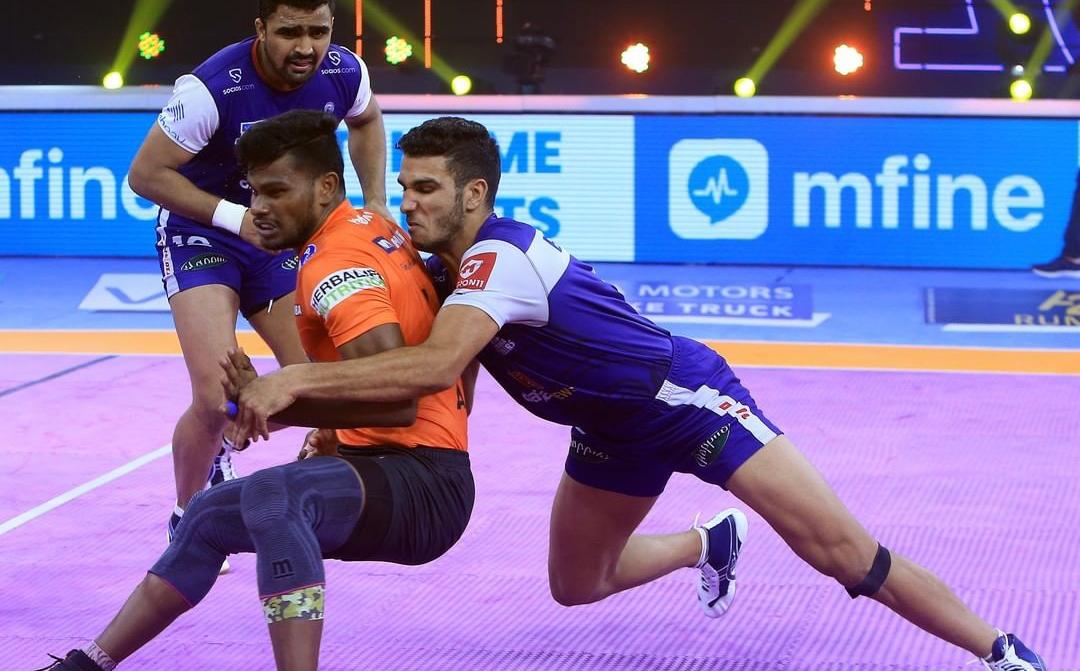 The debutant rattled the raiders’ escape routes and made it to the Top 5 in his very first season at the grand stage of the Pro Kabaddi League. The left-cover defender kept possession of the prestigious Orange Armband for a long time in the early half of the season.

The Steeler came here all the way from the K7 Kabaddi tournament and went on to score 66 tackle points in 22 appearances of the debut season. His tally of five High 5s kept him on the joint third position in leaderboards along with Puneri Paltan right-corner Sombir. Jaideep is the only cover defender feature in this list which makes his individual campaign even better.

Apart from Pawan Sehrawat, Nandal was Bengaluru’s most consistent performer throughout the season eight caravan. Overcoming the previous season’s performance, the right-corner defender claimed 69 tackle points averaging 2.9 tackle points per match with a strike rate of 56%.

Nandal acted as a leader of their defensive department when others failed and carried the Bulls defense on his back. He has become a household face in the defense as he provided gigantic support to the raiding unit of the Karnataka-based franchise. The deadly combination of Saurabh’s initial ankle hold and a furious finish from the Bulldozer Mahender Singh was a nightmare for visiting raiders. 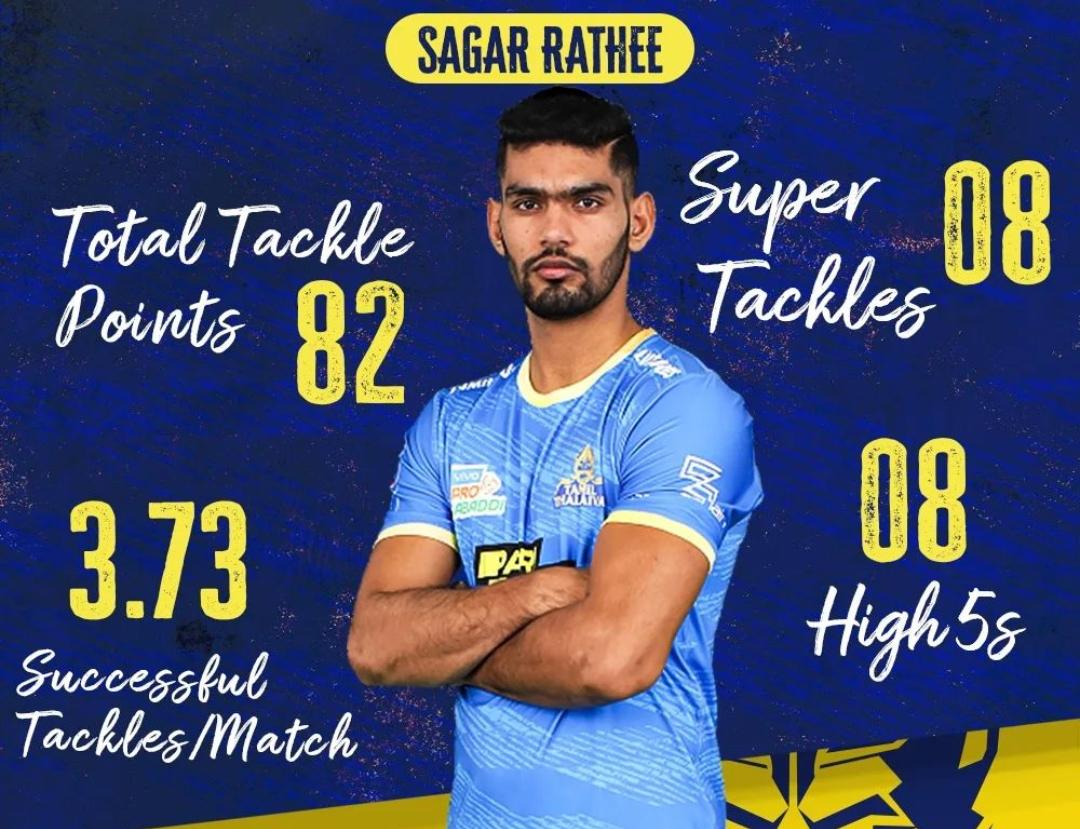 A promising performance in the previous season helped Sagar to earn the trust of Tamil management as he was one of the only three retained Thalaivas ahead of this season. Tamil skipper Surjeet terrified the right raiders while Sagar was in-charge of the left raiders entering the right zone of defense.

Sagar was a holder of the Orange Armband throughout the league stage before it was snatched by Mohammadreza in the semifinals when his PKL was already finished. His consistency of executing the pitch-perfect ankle holds had no match in the league as the 23-year-old defender overshadowed the whole Thalaivas defense line including legendary Surjeet.

Just like the previous edition, the tackle points tally of Season 8 is also topped by an Iranian left-corner defender. Although he is not ‘Sultan’ Fazel Atrachali but the heir of his legacy, Prince Mohammadreza Shadloui. Patna paid the highest price among foreigners for the services of a 22-year-old youngster at the auction round.

Shadloui’s tally of 89 tackle points with a strike rate of 56% from 24 fixtures gave justification for every penny spent on the Iranian by Pirates. He also went on to break the record of the most ‘High 5s’ in a season by scoring a whopping number of 10 High 5s in this campaign, which was previously held by Surender Nada and Surjeet jointly on the count of nine.

He kick-started his debut PKL season with a bang but couldn’t sustain it further and was trailing in the tackle points leaderboard but he eventually turned on the beast mode in the second half. Mohammadreza stepped into the Grand Finale having a form of his life but couldn’t deliver it onto the mat and the Pirates witnessed their first-ever PKL final defeat.