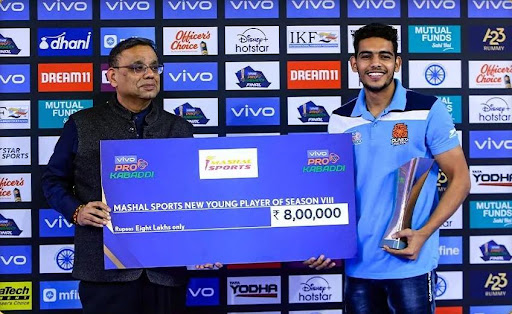 A fine display in a debut season benefits a player to organize his transformation to a potential legend of the particular game. We have seen many stalwarts like Rohit Kumar, Siddharth Desai, and Sachin Tanwar who lit up the PKL stage on their debut season and are considered in elite grade today.

The PKL Season 8 was a transitional period for the league thus many new faces got the golden opportunity to make their mark on this prestigious stage. The majority of them couldn’t handle the intensity of the world’s biggest Kabaddi League but a few of them shined and their shine was so acute that it stunned the whole Pro Kabaddi universe. Hence Parimatch News brings you the list of Top 5 Debutants of the PKL Season 8 who enjoyed a breakthrough in their very first season. 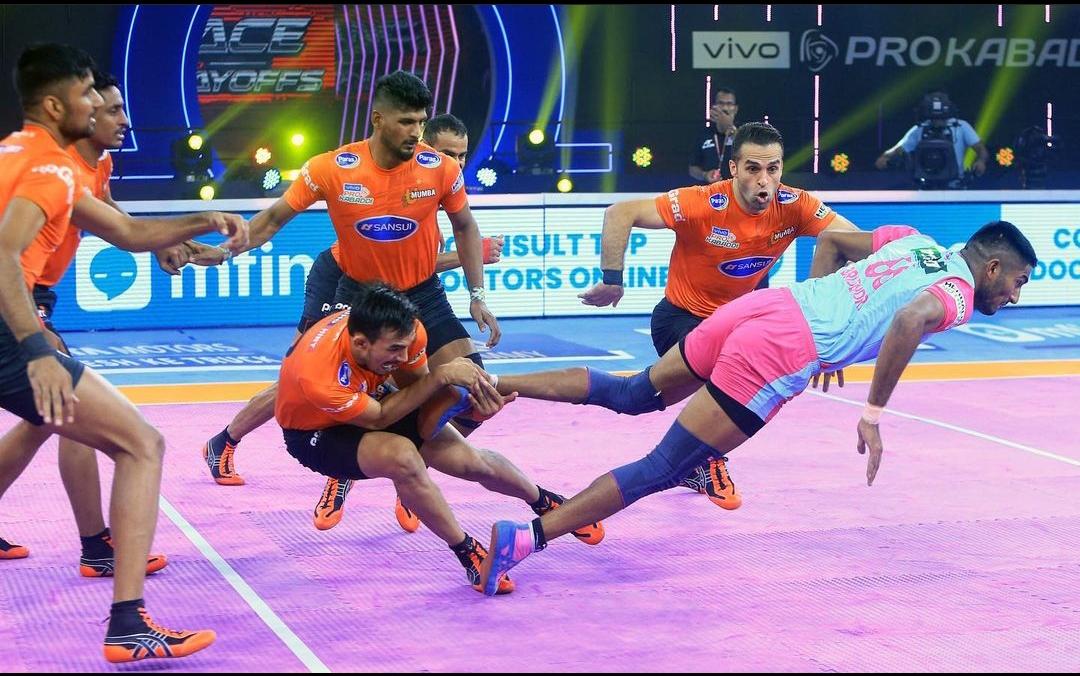 Rinku is a Khelo India School Games & University Games gold medalist with his homeland Haryana and was also conferred with the best defender award in the ‘2019 All India Inter-University Championship’ representing Guru Nanak Dev University. Although the right-corner defender switched to Chandigarh in Senior Nationals as the Haryana side was already stacked with experienced options like Amit Hooda and Sandeep Narwal.

The 20-year-old youngster has a sturdy presence on the mat and uses his physique for the dismissals of invaders. He received wide praise and frame on successfully performing the PKL’s first-ever solo tackle when he caught Sachin Tanwar in an unbelievable ankle-hold. His tally of 60 tackle points overshadowed the presence of Sultan Fazel Atrachali and proved his ability to become the face of Mumba defense in the future.

Jaideep was part of Sports Authority of India’s golden batch which won the 47th Junior Nationals held at Suryapet of Telangana. Where another Steeler Meetu Sharma was his teammate and the duo of raider-defender also went on to clinch the All India Kabaddi Championship for the giants ONGC.

Dahiya had competition from Rajesh Narwal for the Starting 7 place but the youngster managed to play every Steelers game ahead of the veteran. The Haryana Steelers defense had veterans like Surender Nada, Shrikant Tewthia, and Ravi Kumar but the debutant left-cover emerged as the most successful defender.

Mohit was one of the only four players from the New Young Players (NYP) category who got bidders on the Day 1 of PKL auctions. His calm nature and maturity at this young age give us a glimpse of Puneri Paltan coach Anup Kumar and captain Nitin Tomar.

The skinny assassin possesses all attributes to become an all-rounder like his skipper Nitin. His debut season performance consists of 159 raid points and 28 tackle points from 21 games of the eighth season. He had to earn his place in the lineup as the Paltan roster was already accommodated with renowned faces and once he got Anup’s back, then there was no looking back.

Mohit looks up to the Services stars Naveen Goyat & Monu Goyat and wants to replicate their legacy in order to carry forward the dominance of the Goyat household at the PKL.

If we keep the inaugural edition aside, it is the first time that a debutant has topped the tackle points leaderboard. The 22-year-old made early headlines while representing Iran at the youth setup but this breakthrough PKL campaign made him the global personality as the Kabaddi world has already started calling him ‘The next Iranian big thing’.

Patna’s raiding department was already stacked with prominent raiders hence defensive contribution was Pirates’ main aim behind his purchase. He showcased a powerful display of defending skills like ankle-hold, back-hold, block, and dash and scored 87 tackle points along with 10 High 5s in the campaign. Fazel Atrachali will be facing the toughest competition in the form of Mohammadreza for the left-corner position of the Iranian National Team. 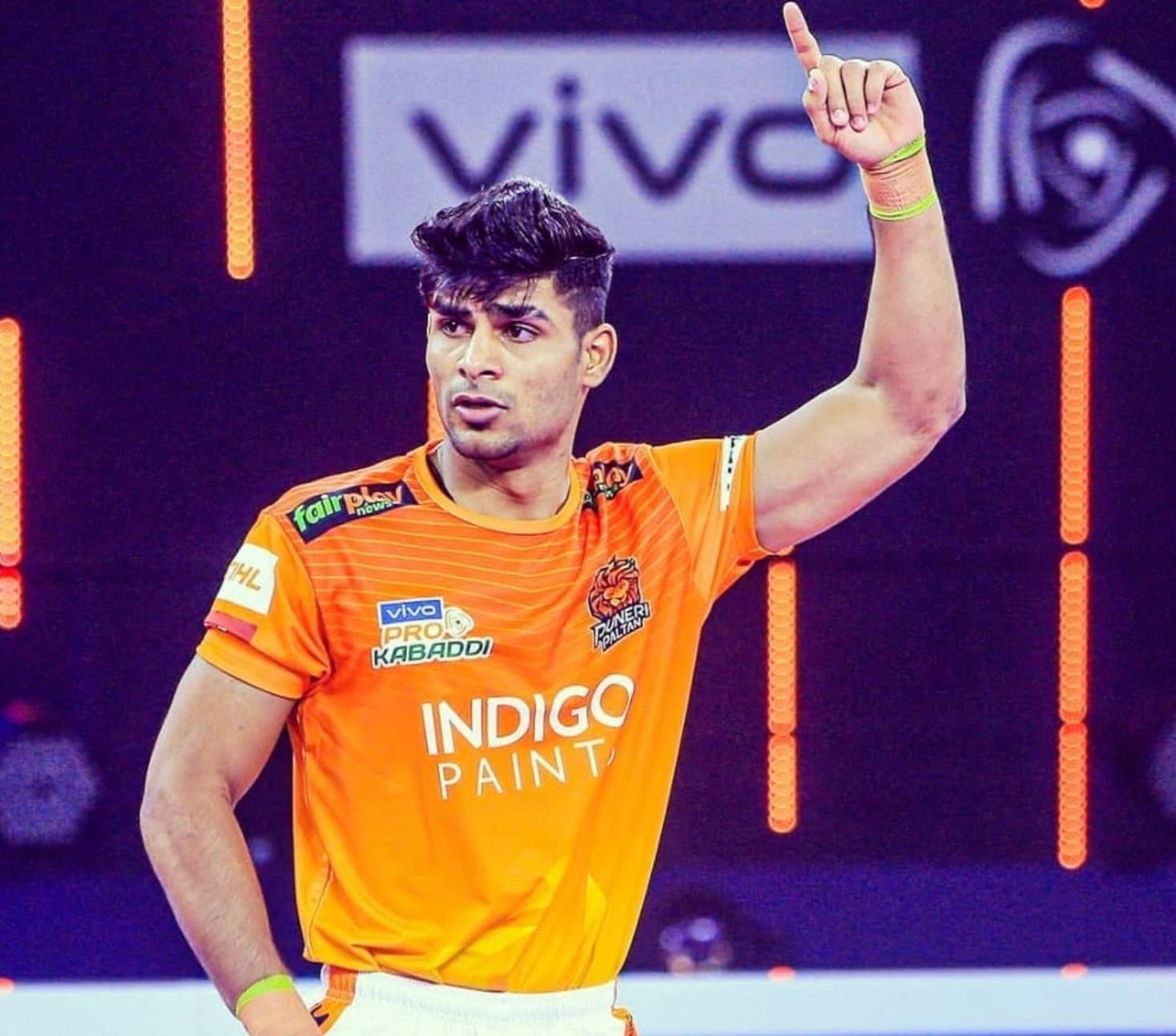 Double podium finish at the Khelo India Youth Games and a brief stint with Yuva Paltan forced the Puneri Paltan management to promote him to the first team. Aslam enjoyed his debut season along with Akash Shinde and Shubham Shelke who also hail from the developmental side, Yuva Paltan.

He made a stunning cameo appearance in his debut game scoring four raid points and one tackle point in Pune’s opening game of the season. A high-flying raider with courageous intent and his handy defensive skills gives all-round privileges to his side. Gaffer Anup always tends to add stability to his game so that Aslam will be able to handle the crucial situations with maturity and the youngster also enjoys playing under his watch.Special mentions- HS Rakesh, Bharat Hooda, Meetu Sharma, Pardeep Kumar, Rahul Sethpal, Aman Antil, Sahul Kumar,  Abinesh Nadarajan, Mohit Nandal, Sajin Chandrasekar, etc.