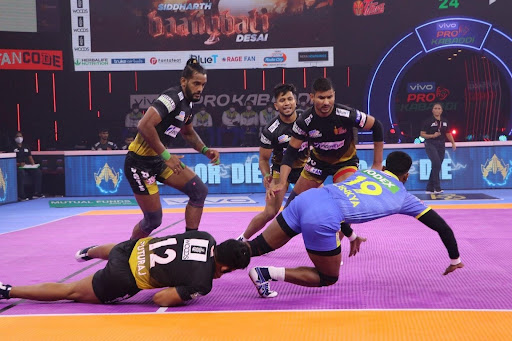 Telugu Titans and Patna Pirates will lock horns with each other in Match No. 31 of PKL Season 8 at the Sheraton Grand Whitefield Hotel and Convention Centre in Bengaluru on Sunday.

The two sides are unevenly matched with Patna Pirates occupying the fourth position in the points table while Telugu Titans occupy the tenth spot in this twelve-team tournament. While the Pirates have won three and lost one fixture and have an overall point difference of +28, the Titans are the only winless team in PKL 8 so far, having notched up their eight points from two draws.

The Titans might be lying in the bottom half of the table but they haven’t lost a single match by a margin of more than two points. They have lacked the cutting edge in the final moments of the game.

The Pirates have averaged the highest tackle points this season, notching up 13.25 points per match from that avenue. They also have a success percentage of 46.08% while averaging 21.5 raid points per match.

The trio of Monu Goyat, Prasanth Kumar Rai, and Sachin raided in tandem for Patna Pirates garnering 28 raid points in their first PKL 8 encounter against Haryana Steelers to clinch the tie with a 42-39 tie.

However, they succumbed to a narrow one-point loss to UP Yoddha before bouncing with a dominating 38-26 win over Puneri Paltan.

They even didn’t spare defending champions Bengal Warriors in their next match as a Monu Goyat masterclass outfoxed them 44-30.

Coming to Telugu Titans, they began their campaign with a 40-40 tie against their Southern rivals Tamil Thalaivas. However, they lost their next two matches by narrow point difference as Puneri Paltan and Haryana Steelers beat them by one and two-point margins respectively.

In their previous encounter against powerhouse Bengaluru Bulls, the Titans kept Pawan Sehrawat quiet to level the proceedings at 34-34.

Telugu Titans hold the upper hand in head-to-head battles as they came on top of their opponents nine times. Patna Pirates edged them on seven occasions while one encounter between the two sides ended in a draw.

Ankit Beniwal: Siddharth Desai got injured in Telugu Titan’s match against Haryana Steelers and his availability in the upcoming game remains doubtful as well. Ankit Beniwal needs to step up to his shoes in that case and take the charge in the raiding department.

Monu Goyat: All rounder Monu Goyat has done the damage on both sides of the mat picking up 38 points in the last four matches. He will be a pillar of support to both the raiding and defensive departments of Patna Pirates. 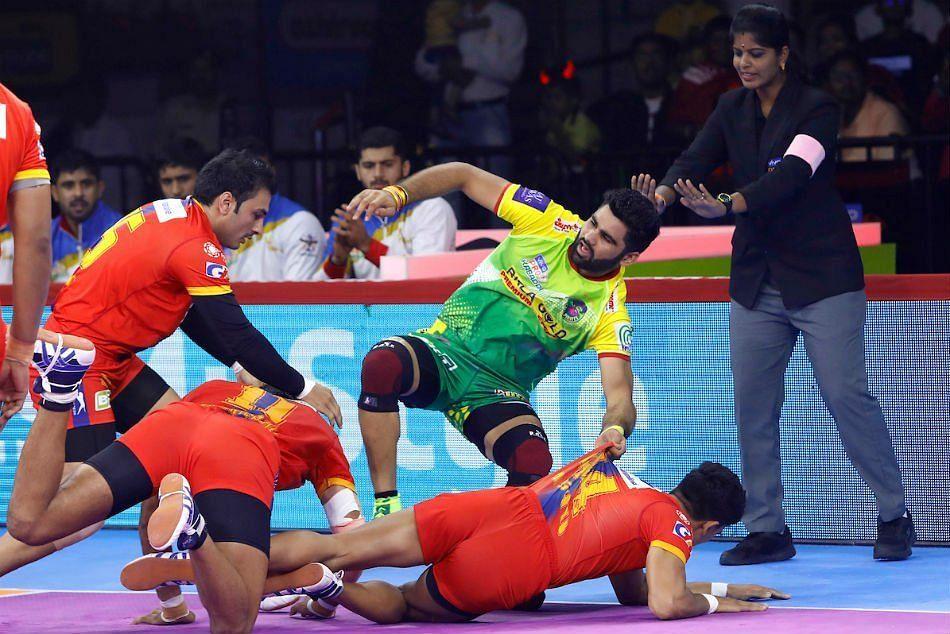 The Pirates are very strong defensively and occupy a higher position in the points table as well. The Titans are winless in the tournament so far and it looks like they have to wait a little longer to bag their first victory in PKL 8. Hence, we predict a Patna Pirates win.