Zaheer Khan explains why is Hardik Pandya not bowling in IPL 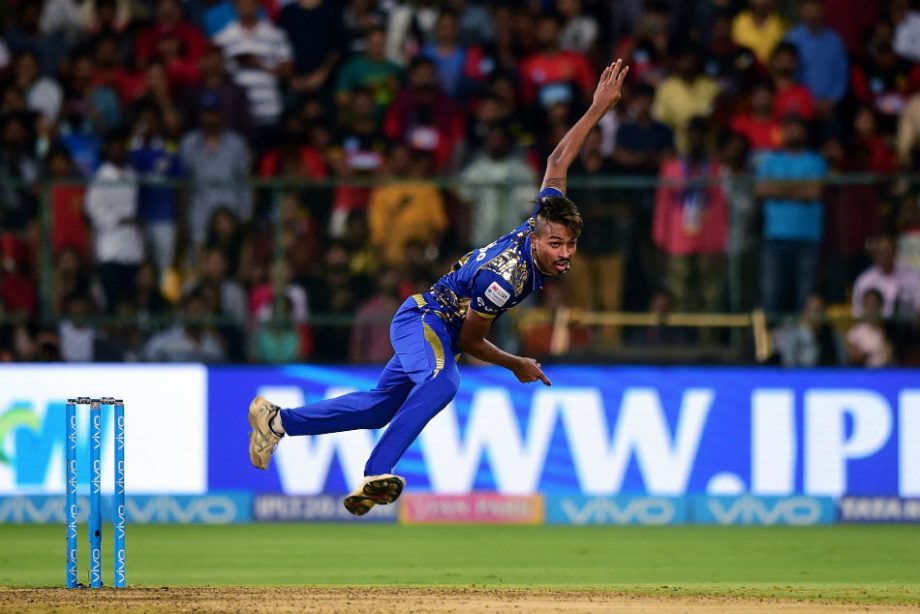 Hardik Pandya hasn’t bowled a single ball in the 40 overs bowled by Mumbai Indians in their first two matches of the 2021 Indian Premier League season.

With Pandya resuming bowling duties for India in March, fans have been questioning why the all-rounder is being used as a pure batsman despite his abilities to take wickets. The 27-year old bowled 17 overs in the 5 T20Is against England and also bowled 9 overs in the final ODI of the series.

In the first match against Royal Challengers Bangalore, Rahul Chahar and Trent Boult were proving expensive and skipper Rohit Sharma decided against turning to Kieron Pollard and Hardik Pandya as MI ended up losing the season opener.

In the second match, Kolkata Knight Riders required just 31 runs off the last five overs with Mumbai struggling to contain runs throughout the middle overs. Pollard and even skipper Sharma bowled an over each but Hardik wasn’t even looked at and the fans were bemused at this sight.

Rohit’s men won the second match courtesy of some brilliant bowling at the death but Mumbai Indians director of cricket operations Zaheer Khan explained why Hardik Pandya hasn’t been bowling in the 14th edition of the IPL.

“Hardik, as a whole package, is always of great value, it was a workload-related thing in the previous game. He bowled nine overs in the England series. In consultation with the physio, we had to take that approach.”

On a more positive note, the 42-year old said that the fans would definitely see Hardik bowling in this IPL season. He said:

“There was a little bit of a shoulder concern but it is not worrisome. You will see him bowl very soon. The timeline you will have to ask the physio. In terms of Hardik the bowler coming in this tournament, we are confident that he will be chipping in with the ball in his hand as well.”

The Indian cricketing legend also talked about a variety of bowling options in MI’s settled XI sighting Pollard as an ‘experienced campaigner’ when it comes to having a ball in hand.

“Pollard is our sixth bowling option. He is consistent, he is an experienced campaigner. Whenever Hardik is available, he will start bowling, he will be our bowling option as well. In that department, we are not very concerned. You have to just adapt and adjust. This year’s format is a different format. So from that point of view, we need to have that adaptability and flexibility around the squad as well, with not playing in your home grounds, which is what we accept and plan accordingly for the season ahead”,