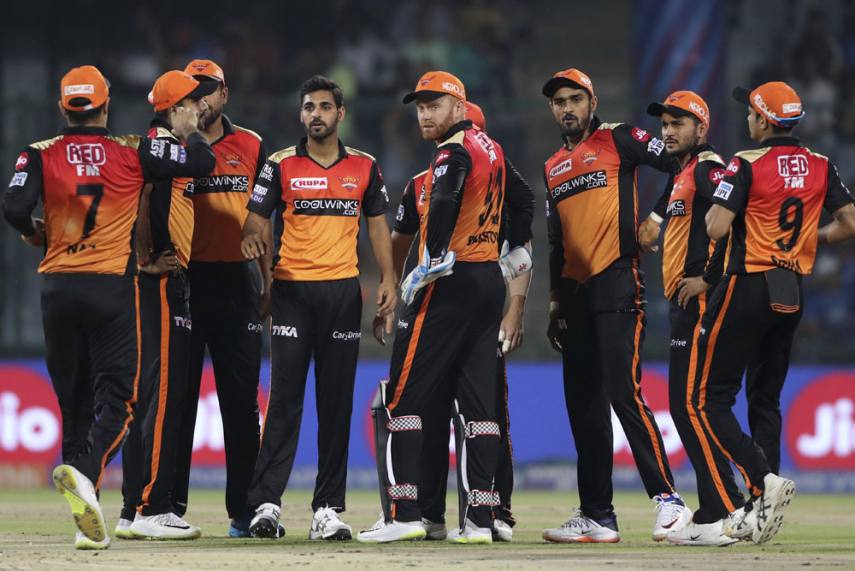 SunRisers Hyderabad is one of the most consistent teams in the last five seasons of the Indian Premier League. They have finished in the top 4 positions in the league table and made it to the playoffs every single year since the 2016 edition of the hotly contested league.

The Hyderabad-based team made the least number of signings in the mini-auction held in February this year. Lack of spin bowling options and a reliable finisher last season hurt the team’s chances of lifting the prestigious trophy and they have gone out and bought Kedhar Jadhav, Mujeeb Ur Rahman, and Jagadeesha Suchith to solve their problems.

The Sunrisers will start their IPL season in Chennai with Kolkata Knight Riders, Royal Challengers Bangalore, and Mumbai Indians posing as the first three opponents at the Chepauk Stadium. A weekday afternoon fixture against Punjab Kings followed by a Sunday blockbuster match against Delhi Capitals wraps up the round of fixtures in Chennai.

The Afghan spin trio of Rashid Khan, Mohammed Nabi, and the recently signed Mujeeb Ur Rahman along with Jadhav, Suchith, and Abhishek Sharma provides a lot of options for the skipper to select on the spin-friendly pitches at the Chepauk Stadium.

Hyderabad moves base to the Arun Jaitley Stadium in Delhi where they play Chennai Super Kings twice along with a match against defending champions Mumbai Indians, and an afternoon match against Rajasthan Royals is also on the cards.

After the Delhi round of fixtures, the Orange Army moves to Kolkata as they face Royal Challengers Bangalore, Rajasthan Royals, and Delhi Capitals at the Eden Gardens Stadium. The pitch usually supports seamers who like to skid the ball and the all-rounder duo of Jason Holder and Mitchell Marsh will be the X-Factor for the Sunrisers in Kolkata along with the pace quartet of Bhuvneshwar Kumar, Sandeep Sharma, T Natarajan, and Siddarth Kaul.

SRH plays their last two matches on the batting-friendly pitches of the M Chinnaswamy Stadium as Punjab Kings and Kolkata Knight Riders the opponents at the business end of the league season. Captain David Warner, Jonny Bairstow, Manish Pandey, and New Zealand skipper Kane Williamson are expected to be at their best while playing in Bengaluru.