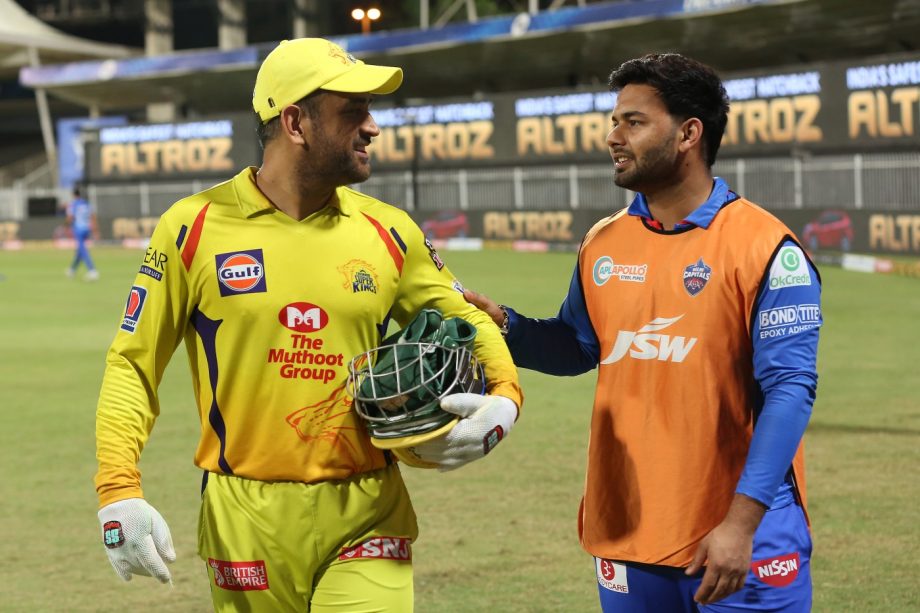 Rishabh Pant is one of those Indian cricketers who is taking all the limelight from the past few days. After his stellar performance against Australia & England, he is all set to lead Delhi Capitals as a skipper & play his first match against his guru MS Dhoni on 9th April.

The 23-year-old highly effective wicketkeeper-batsman is excited to start his stint as a leader in that match.

“My first match as captain will be against Mahi (MS Dhoni) bhai. It will be a good experience for me as I have learned a lot from him. I have my own experience as a player as well. I’ll apply my own experience and the learnings from MS Dhoni, and try to do something different against CSK,”

After Shreyas Iyer’s injury, Pant has taken the responsibility on his shoulders for DC. Predictions are that he is aiming to do something different as compared to last season which was lead by Iyer. Gearing up for the high-voltage clash against Dhoni-led CSK, Pant said that he will be taking the learnings from his mentor with him in the DC’s season opener at Mumbai. A day after the IPL 2021 curtain raiser between defending champions Mumbai Indians and Virat Kohli-led Royal Challengers Bangalore (RCB), last year’s runners-up Delhi Capitals will lock horns with Dhoni’s CSK at the famous Wankhede Stadium on Saturday.

The explosive batsman has amassed 2,079 runs in 68 IPL matches for the Delhi Capitals. Pant has been appointed as DC’s skipper after Iyer was ruled out of the entire season of the IPL 2021.

Speaking about DC’s much-anticipated meeting with CSK, Delhi captain Pant acknowledged that his first match as captain will be against his mentor Dhoni. Pant feels the fixture will be a good experience for him since he has learned a lot from the former Team India skipper