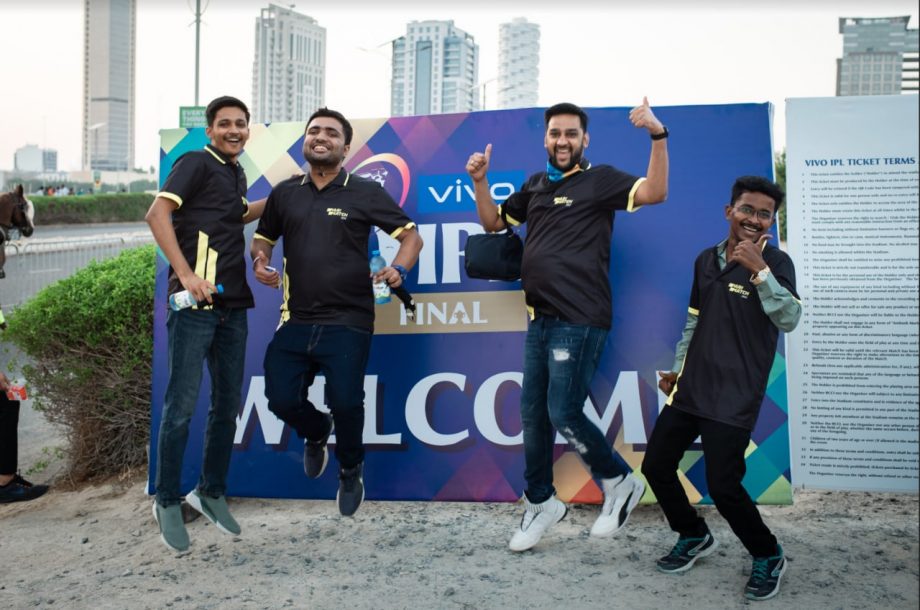 16th October,2021, New Delhi : Sports media platform, Parimatch News, with support of PMI – a service company engaged in the development and implementation of the expansion strategy for the Parimatch brand, successfully flew cric-fans to Dubai for IPL finals. The brand hosted a Teleport Quiz that had been an adventure for the winners*, journalists, and influencers. The quiz promised an opportunity to cricket buffs to win and witness the concluding match of the series live on the Emirati lands and the brand delivered on its commitment with the UAE trip.

The first leg of the series started in India and was postponed due the pandemic sapping the country. IPL resurfaced in Dubai with a grand finale that went down between Chennai Super Kings and Kolkata Knight Riders. With fans swooning over their favourite players and the teams putting their best foot forward, the IPL finale turned out to be a pulsating event. Keeping people across the Emirati stands on their toes, the match was a cluster of nail-biting moments and nervous heartbeats.

Cricket lovers had been missing the on-field action for a long while and yearned to be part of the on-ground finale. Owing to the courtesy of Parimatch News, the winners could see their dream come to life live from the UAE stadium. Offering bigger than life experiences, Parimatch has given fans an opportunity to explore the city and Burj Khalifa, the tallest skyscraper in the world, Burj Al Arab, amongst other tourist attractions.

This IPL season has kept all fans on the edge of our seats, making them crave more action – live action. Parimatch News, as a leading sports media platform, offered that opportunity for IPL fans. Keeping the brand’s word to teleport winners to Dubai, Parimatch News took pride in delivering on its promise while the winners cheered from the stands.

With audiences adoring the international players from the stands, IPL 2021 has been a great success and with Parimatch News covering the event, the celebration of the biggest cricket fest just got grander. Thanks to the leading news portal, the event has not only reached out to a wider user-base but also their hearts!

**Two of the contest winners could not fly due to personal reasons that arose at the last moment. They got ​​valuable prizes from the brand.

Parimatch is the world-leading betting company founded in 1994 which employs a digital-focused strategy to meet all the challenges of today”s reality. The company has come a long way and is continuously developing and improving the quality of its customer experience, which is enjoyed by over 2.6 million users across Africa, Asia, Europe, and Latin America.

Parimatch”s team of champions includes such stars as Conor McGregor, the living legend of boxing Mike Tyson and Dale Willem Steyn, one of the greatest bowlers of all time. It also includes partnerships with one of the most famous football leagues in the world, such as LaLiga, as well as with the biggest teams in the world: Chelsea, Juventus, Leicester City and Everton.

PMI is a service company, engaged in the development and implementation of the expansion strategy for the Parimatch brand in the markets of Africa, Asia, Europe, and Latin America. The company provides the tech, marketing, and communications services for partners in the betting industry. Innovations, new technologies, and the desire to provide the best gaming experience for the customers are what drives PMI forward.