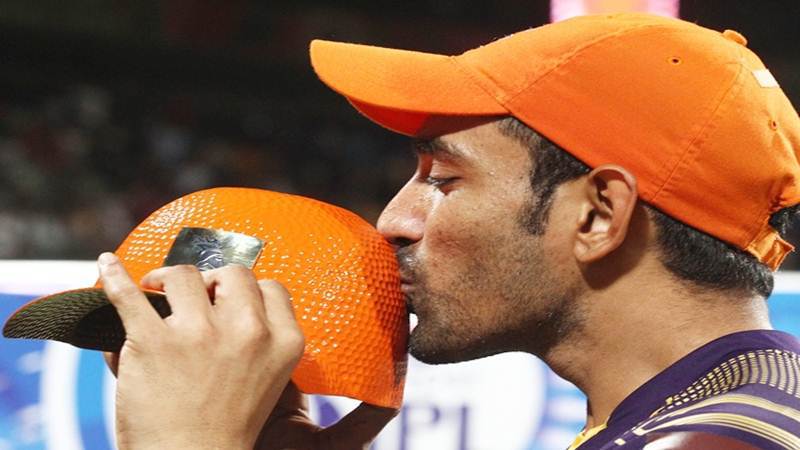 Robin Uthappa with his Orange cap in 2014

As the new season of Indian Premier League is about to begin, predictions about the awards have started coming in. One of the most anticipated awards in the league is Orange Cap. The Orange Cap is presented to the leading run scorer in the IPL. It was introduced on 25 April 2008, a week after the start of the first season of IPL.

One of the most consistent performers of Mumbai Indians is Surya Kumar Yadav. He has grown not only as a batsman but also as a player overall & it clearly looks in his recent performance against England at home. He will be riding high on confidence and will be hoping to make it count for Mumbai Indians this term.

During IPL 2020, one player which RCB was proud of was Devdutt Padikkal. Devdutt Padikkal had a stellar season for Royal Challengers Bangalore and showcased his class with the willow. Padikkal scored an impressive 473 runs in 15 matches – most by an uncapped player in his debut season. After an impressive performance at Vijay Hazare trophy, Padikkal is heading into IPL 2021 season & he will be confident enough to show his skills & win the orange cap.

Shaw has already impressed Delhi Capitals coach Ricky Pnting with his performance & whenever Ponting gets an opportunity he always talks about Prithvi’s class. This impression was clearly made on the basis of his stellar performance in Vijay Hazare trophy where he amassed a staggering 827 runs – most by any player in the tournament. He became the first to breach the 800-run mark in the tournament history and also notched up three 150-plus scores. Shaw will be looking to continue his prolific run for Delhi Capitals in IPL 2021.

The newly elected captain & most talked player in recent news, Rishabh Pant, will surely be using this opportunity to prove himself for the team & people who have trusted him. Pant was rewarded by his franchise for his heroics for Team India across formats against Australia and England. He will be hoping for the same kind of performance in IPL as well.

Another player who might surprise everyone is KKR’s star Nitish Rana. His team has already shown trust in him & he won’t let them down. Rana is the most trustworthy & consistent performer of the team since 2017. He possesses the talent, skills, and temperament to play big knocks consistently and is likely to continue opening for KKR once again this year.