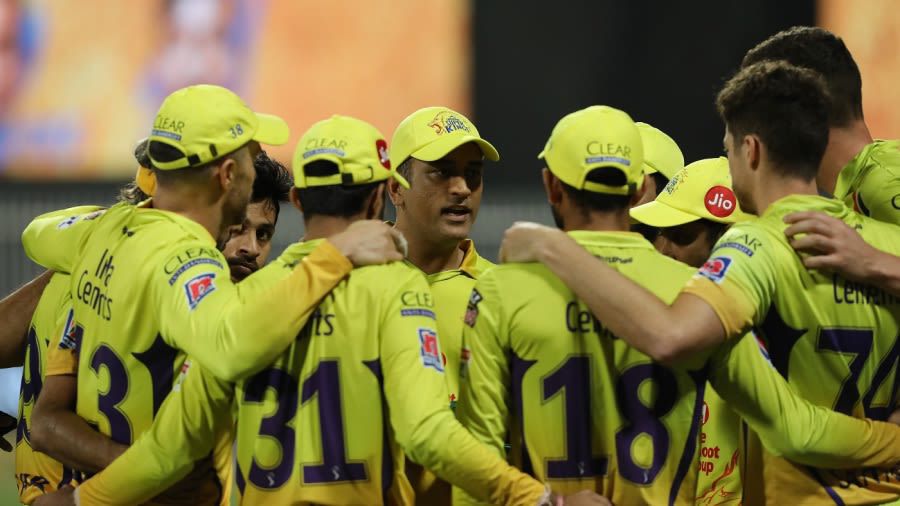 Chennai Super Kings went through a torrid time in the 2020 edition of the Indian Premier League as the Yellow Army failed to make it to the knockout stages of the tournament for the first time in history. The MS Dhoni-led squad would be full of motivation to perform at their best in the upcoming IPL season as they have made some brilliant additions in Moeen Ali, Krishnappa Gowtham, and Cheteshwar Pujara with Suresh Raina also making himself available for IPL 2021.

With none of the eight teams featuring in the tournament this season playing matches in their home stadium, CSK has been assigned Mumbai, Delhi, Bengaluru, and Kolkata as their centralized venues over the season.

The Super Kings will start their league season against last season’s runner-ups Delhi Capitals on 10th April at the Wankhade Stadium. After a rest of five days, the Yellow Army will play three matches in a space of six days with Punjab Kings, Rajasthan Royals, and Kolkata Knight Riders the opponents in the tight schedule.

Dhoni’s men also face Royal Challengers Bangalore at the Wankhade Stadium in an afternoon match before leaving for the national capital Delhi. The team plays SunRisers Hyderabad twice, Mumbai Indians, and a second meeting with Rajasthan Royals is also scheduled at the Arun Jaitely Stadium before the Super Kings move base to Bengaluru.

Chennai’s first match at the M Chinnaswamy Stadium is an afternoon match against Punjab Kings followed by two blockbuster matches against Kolkata Knight Riders and the Mumbai Indians which are expected to be high-scoring matches given the conditions at the ground are favorable for batsmen.

CSK will face Delhi Capitals and Royal Challengers Bangalore at the business end of the league season at the legendary Eden Gardens Stadium in Kolkata. This couple of matches could decide the fate of Dhoni’s men in IPL 2021 given the hotly contested nature of the league till the last day season after season.

Parimatchnews is very useful for me