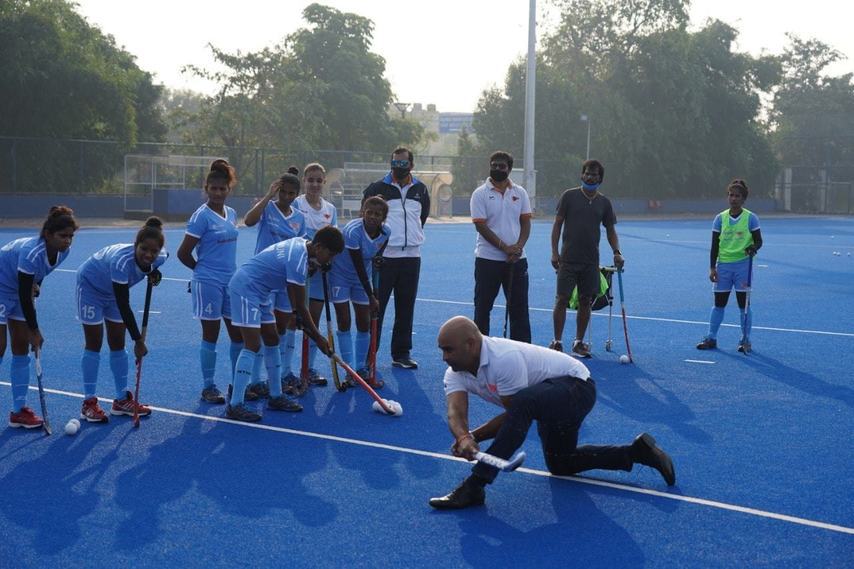 The women’s team of the Hockey High-Performance Centre was impressed by the meeting with the legends of Indian hockey which was in the Naval Tata Hockey Academy Odisha (NTHAO).

One of the girls shared her impressions of the meeting. “For us, these people were an unattainable dream. Since childhood, they could only be seen on TV. This is not a likely pride – to play with them in the same field. We tried to remember all the incredibly simple techniques that were demonstrated to us. We want to believe that someday we will be able to successfully put into practice the knowledge gained.” said cadet Sumi Mundari, who hails from Rourkela.

Dhanraj Pillay played particular importance at this meeting. He talked a lot about the player’s personality. The main goal of his instructions was to convey that, only stubborn work, constant self-improvement, and the desire to win, will bring success in sports.

“Today, the equipment of the site allows you to train a lot and achieve the best results. Each athlete has those on whom they equal and with whom they compete, but you should not compare yourself with anyone. We must always remain a person, maintain our individuality, and strive to become the best version of ourselves.”

He also added that the government tried to create all the necessary conditions for the successful future of all games. Therefore, they should train tirelessly, take an example from senior games, to eventually perform in the international arena, proudly representing their home country.

In general, the meeting was held with the benefit of both the games of the women’s team and the invited hockey stars.