The Indian women’s youth hockey team won another victory with a score of 3:2 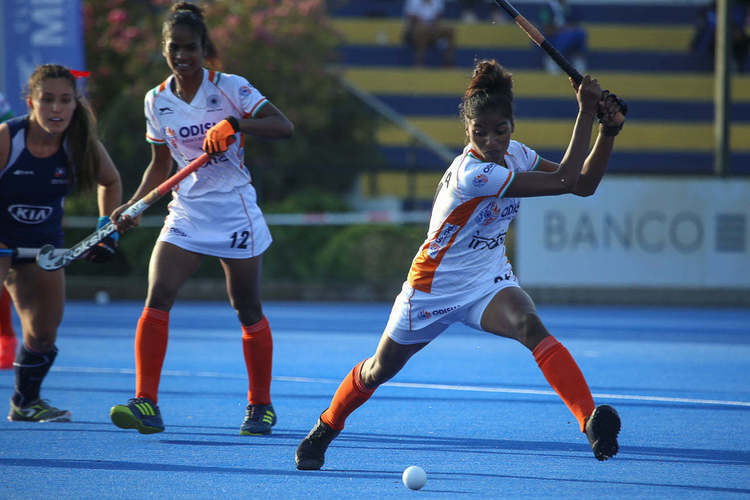 This time, the women’s youth team defeated more serious opponents – the senior women’s Chile team. Although the opponent was worthy, the girls could snatch the advantage and keep the game at a high level until the very end.

Throughout the game, both teams’ hockey players tried to go to the goal of the enemy team and win points. Both teams have good preparation, so the first goal was scored only in the game’s twenty-first minute. Although for the first time, a threat to the Indian team appeared in the tenth minute. Then the Chilean hockey players harshly attacked the Indian goal, receiving a free-kick from a corner position. This could not be the best start to India’s game, but the defense was more substantial than the attack.

However, the goal from Chile, the Indian team still could not be avoided. In the second quarter, hockey players from Chile took control of the game. Nevertheless, the experience of these girls gave them an advantage. In the twenty-first minute, Fernanda Villagran opened the match’s scoring, scoring a goal to the Indian team.

In the second quarter, Indians tried in vain to equalize, but the advantage of Chilean girls made itself felt. However, the home team’s fact was in a winning position only forced the Indian team to play more powerful. In the third quarter, in the thirty-ninth minute, thanks to Deepika, the team was able to earn a point, and the score was 1:1.

From that moment, the game passed into the hands of the women’s youth team of India. At the forty-fifth minute, Sangita Kumari led the team forward, scoring a successful goal. Such a move of the game encouraged the girls, and after two minutes (forty-seventh minute of the match), Lalrindiki was able to play a pass well from the left flank and score a goal against the Chilean team. As a result, by the fourth quarter, the score of the match was 3:1.

Of course, the Chile team tried to regain its dominance on the field, but even a goal in the fifty-sixth minute from Simone Avelli could not save its position.

As a result, the match ended with a score of 3:2. The women’s youth team won another victory in the hockey tour of Chile.