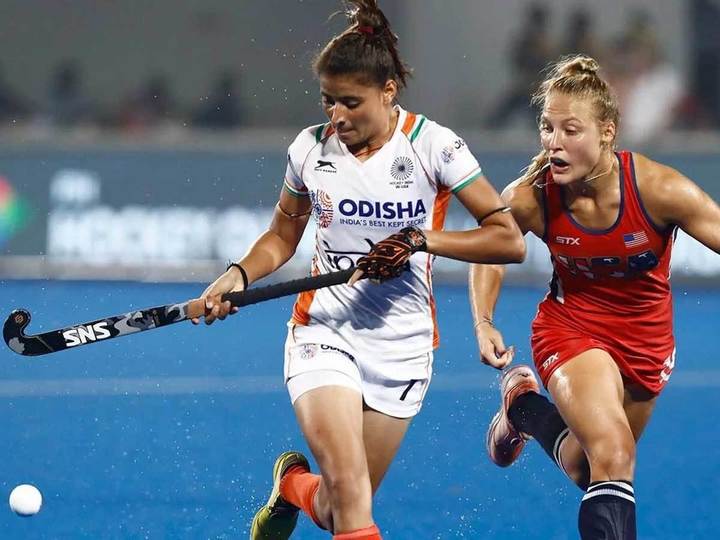 Hockey India and SAI thank ahead and put all the procedures in place so that women’s hockey team can carry out their preparations for the Olympics with a lot of time in their hands.

Sharmila Devi is a new player in the women’s hockey team. She is 19-years-old, and Sharmila has played nine matches for the national team, added India’s second goal against the USA in the first part of the Olympic Qualifiers, which aided the team win 5-1 in November last year.

Sh. Devi announced that she has decided to deserve a place in the Indian Olympic team, which will be going to Tokyo next year.

Let’s remember that she plays alongside experienced campaigners such as Rani and Vandana. Sharmilla is fortunate to be playing in the same era as them. She has observed them closely during practice and the way they prepare for big games. Her learnings from the way they conduct themselves on and off the pitch will undoubtedly help her in the rest of her career.

The long break from the pitch also has helped Sharmilla to analyse the team’s games. Therefore she was even more enthusiastic about playing hockey after returning to the pitch for sports activities.

Now Sharmilla Devi is actively training and preparing for the Olympics.