Newcomer Nisha committed to finding a spot in the Indian team 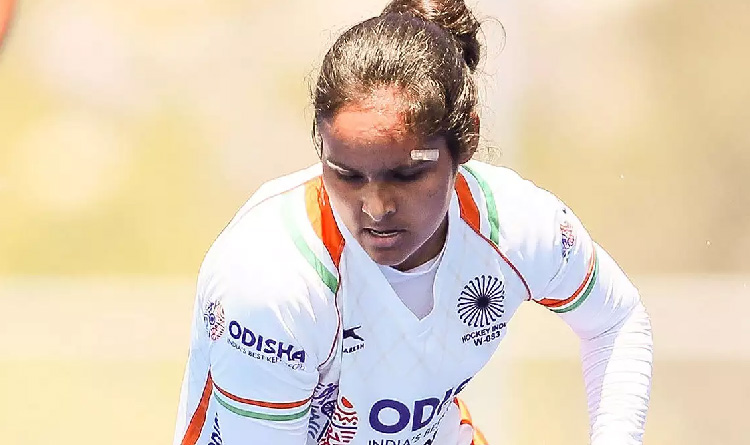 The Women’s Hockey team defender who made her presence felt in her debut at the FIH Series Final last year is currently training for the upcoming Tokyo Olympics and is determined to find a place in the Indian team.

Nisha made her international debut with the FIH Series Final in 2019.

Talking about the ongoing practice and current times, the newcomer said this year was all about mental toughness, learning from the seniors, and executing the coach’s advice. The pandemic has brought a challenging year for everyone, but we should feel blessed for being in a safe environment. She added that since she is a part of Hockey India’s national program, she is training in SAI’s safe environment and working on her game.

The 25-year-old accompanied the Indian team during the New Zealand tour earlier this year. Speaking about her time at the camp, the defender remarked that the seniors supported throughout, especially during the lockdown, when there were no activities. The coaching staff has also been highly supportive; they often checked on players with one-on-one meetings and asked how they felt. It shows they were being cared for, said Nisha.

Talking about her vision, she said she wants to utilize the opportunities and prove herself to the team. The New Zealand tour was great exposure for her, and she learned a lot from that. After the FIH Series earlier this year, there were no tournaments organized. The newcomer feels it’s a great opportunity for her to improve her defending skills. She can utilize this time to pay more attention to tactical awareness, PC defending, etc. She further added that this is an important phase for her, and it gives her the time to get to the level required for the senior team.

The defender believes she needs to bring her top game to make it to the team, and she is committed to doing that, Nisha concluded.