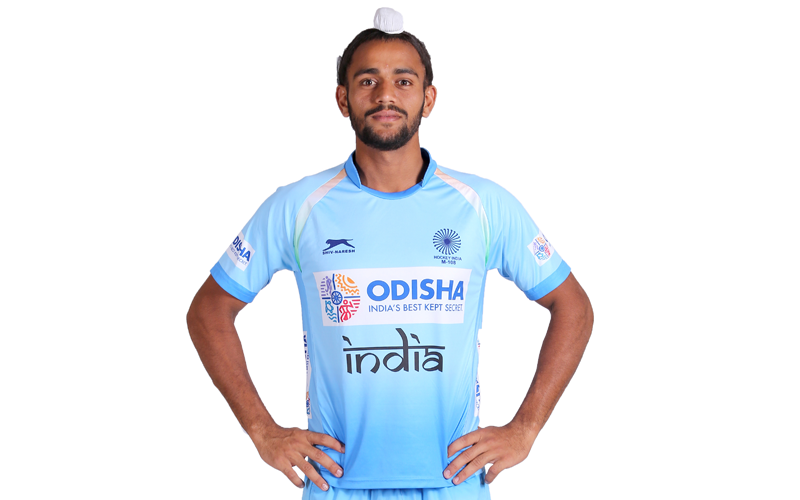 Midfielder Jaskaran Singh has already played six matches for the Indian hockey team. He said that he wants to play at international tournaments with this hockey team.

During the stay in the national camp, he has taken a lot from experienced players such as captain Manpreet Singh and Chinglensana Singh Kangujam. That to gain knowledge about the game and to get better as a player he kept speaking to them.

“It’s been terrific to train alongside Manpreet Singh and Chinglensana Singh. I have taken a lot from them, not just about hockey techniques but also about aspects off the field,”

To cope with a break during a pandemic, Jaskaran was doing fitness regularly and staying positive. In this, he and other players were supported by Hockey India and SAI. Now, he is thrilled that he has begun training again. Therefore his first goal is to improve as a hockey player every day and to focus a lot on restoring his fitness.

“I want to have more exposure to international tournaments. I am looking to achieve small goals to come to something more. The more I will play at the international competitions; the more professional I will become in hockey. I will be confident in my abilities when I play against the best teams regularly”,