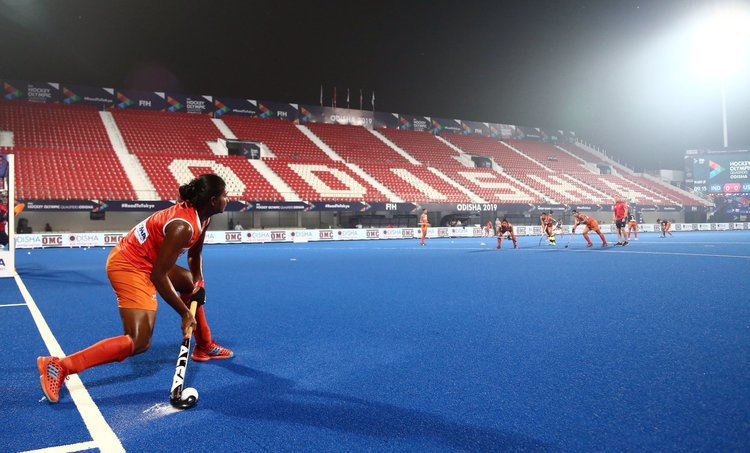 About a year ago, the whole world was in a difficult situation. Everywhere, a virus spread at great speed, which threatens people’s lives. Many areas then stopped their activities. Among them was sports. All competitions in all countries were cancelled. Such radical changes did not bypass the Indian women’s national hockey team.

Due to the pandemic, all international competitions were cancelled. The most significant blow for the sports world was the Olympic Games’ postponement in Tokyo to 2021. When the virus first began to spread, all hockey players were sent home. Such measures were taken due to the lack of ways to combat the virus. However, thanks to Hockey India’s efforts, the necessary conditions were created to continue training by athletes. After all the work to ensure the isolation of athletes, they could come to the national sports camp. For more than four months, they were completely isolated and trained according to a specially developed program. Enhanced training gave its results. All hockey players were able to recover from the break and learn a lot during this period.

And finally, this extended break from the competition stopped. Soon, January 17, the Indian women’s team will hold its first match in 2021 in Argentina. The opponent of India will be directly a team from Argentina. For the Indian team, this is an essential step towards the Tokyo 2021 Olympic Games. In this field, they will be able to test all acquired skills in practice for the first time. This match will make it possible to understand at what level the team is now. A team from Argentina is a serious opponent. This is an excellent incentive for Indians to show all their best strategies and try them out in action. The team is pleased with the upcoming competition. In total, it is planned to hold eight matches.

To ensure maximum safety for all athletes, organisers from Argentina and representatives of Hockey India will create conditions of complete isolation. To achieve the ultimate result, the girls will be settled in a hotel where they will be fenced off from other people. We have already identified a large number of rooms to ensure maximum comfort. They also allocated separate halls where meals, meetings and team meetings will be held.

Two hockey players will live in each room. A residence plan has already been drawn up. It is essential that throughout the entire period of the championship, girls will not change their neighbours. All athletes’ movements are carefully planned and thought out in such a way as to minimise the risk of infection. With the worst outcome, such a plan will quickly respond and reduce the spread of the virus.

In the planning and implementation of this tournament, there is Hockey India and SAI’s great merit. They tried hard to ensure the full safety of the athletes. The federation instructed the athletes. Thanks to the fulfilment of all the requirements, mainly – to stay in the bio-bubble throughout the tournament, everyone will feel calm and avoid infection.

All team members will pass the virus detection test. However, upon arrival, the party’s hockey players will comply with Argentina and India’s health requirements.