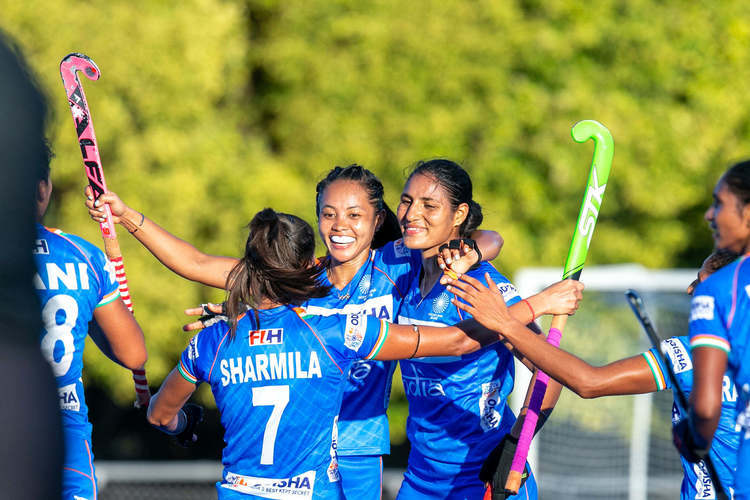 The Indian women’s national hockey team played a match with the junior team of Argentina. The result of the game was the score of 1:1.

The results of the match speak for themselves. There is no denying that the Argentine team put up strong resistance to give the Indian team an advantage. Moreover, throughout the game, the team kept a good defense and did not allow the ball to get into the goal, although there were significant risks.

From the very beginning of the game, India went on the offensive. From the first minutes, the team earned penalties, which could not be implemented. The defense of the youth team of Argentina was powerful enough to repel blows from India.

However, very soon, it turned out that Argentina is not only good at defense. At the end of the first quarter, at the thirteenth minute, the team was able to play one of three penalties. Thus, already in the first quarter, Argentina got the advantage and the score of the match 0:1.

In the second and third quarters, India had several opportunities to score the ball against opponents, but all attempts were unsuccessful. India had penalties in the thirty-seventh, forty-third, and forty-eighth minutes. Even having played the combination, they failed to circumvent the defense built by the Argentine team.

The tension lasted until the very end of the match. There was practically no hope of victory when in the fifty-eighth minute Rani Rampal managed to realize a chance and score a free-kick.

Thus, the match ended in a draw and showed an adequate level of play for both teams.