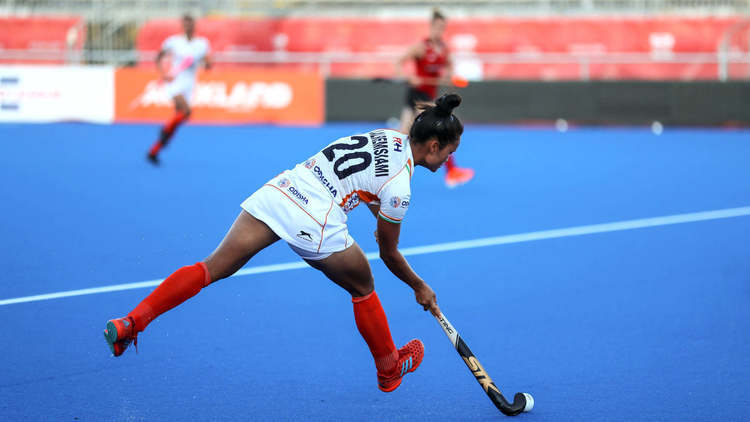 2021, the women’s national Indian hockey team begins with eight matches in Argentina. This hockey tour will be the first this year after a long break, which lasted almost a year.

In early 2020, the whole world was struck by an epidemic, in connection with which all competitions around the world were cancelled. A couple of months later, the Indian national team’s hockey players were called to the national training camp to continue preparations for the Olympic Games, which were postponed to 2021. The group lived in complete isolation for several months and trained intensively. Good results have been achieved. Hockey India provided all the necessary conditions so that the stay of athletes was comfortable and safe. Also during these months, coaches and hockey players held online seminars. There they could contact not only colleagues from India but also talk with experts from other countries. For each hockey player, a training plan was developed to achieve maximum effectiveness.

After such a long break, the team was glad to return to the tournaments and visit Argentina. Of course, the girls understand that these eight matches will be difficult. A team from Argentina is a good opponent. The Indian team will have to make many efforts to defeat the group, which ranks second in the world ranking of leaders among hockey teams. Their advantage over Indians is that they are at home. The Argentine team knows the fields used to play there. However, the Indian team has been in Argentina for more than a week and had the opportunity to adapt to the team.

All these matches will be a good check of each hockey player’s level of play and the team as a whole. Girls understand that winning the tournament will become a step closer to winning the Olympics in Tokyo in 2021. Moreover, the international hockey federation uses a new scoring system when building a rating table. Every match can help become an Indian team even a little closer to the first line of teams’ world ranking. Of course, this won’t be easy, but the team already shows good results, occupying the hierarchy’s ninth line.

The team feels great. First of all, this is their merit and the hockey federations that organised the tournament. Girls observe a strict regime and do not leave the hotel, except for trips to training. They devoted additional time to developing protection during their stay in Argentina. Therefore, now the main thing is to tune in to victory and do everything necessary. We will soon find out the results of the first match of India’s national women’s team against Argentina.