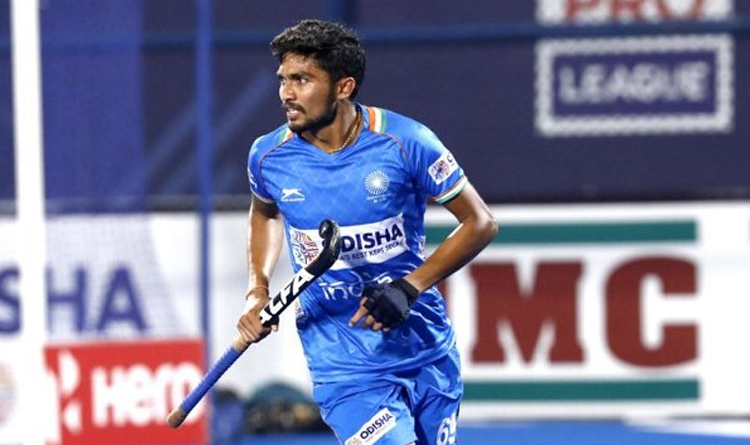 The Indian Men’s Hockey team attacking midfielder, Rajkumar Pal, became the part of the team earlier this year. He believes that he is fortunate to get recognized early in his career and is grateful for the opportunity given to him.

The young Indian midfielder is grateful to get early recognition.

He made his debut earlier this year when chief coach Graham Reid selected the young lad to display his potential against Belgium, the world champions. He lived up to the expectations and performed very well at the FIH Hockey Pro League. Rajkumar will be making a regular feature in the Indian team. Talking about his career, he said, Hockey India Senior National Championships in 2018 and 2019 played a crucial part in his career. He believes his performance in those events got him selected for the senior national camp.

The young player, who comes from Karampur Village in Uttar Pradesh, says that young talents from small villages like him have very few opportunities to find the right career path and make a living. Rajkumar expressed that hockey gave him a new lease of life. He considers himself lucky to receive an early recognition and was encouraged to take up hockey. The 22-year-old further spoke about the young players aspiring to get selected in the national camp. He added that the youngsters must focus on the annual national championships and utilize the opportunity because hard work never goes unnoticed.

The midfielder aims to prove his potential with every opportunity he gets. He credited the chief coach and the management’s efforts to keep the players motivated during the lockdown. The coach and the scientific advisor kept the team occupied with a regular fitness regime and online activities while ensuring that the team was not mentally exhausted, he added.

He said he is supported greatly by the seniors, who encourage him to perform at his potential. He is looking forward to growing with the same momentum, he concluded.