Determined to find a place in the team for Olympics, says Dilpreet Singh. 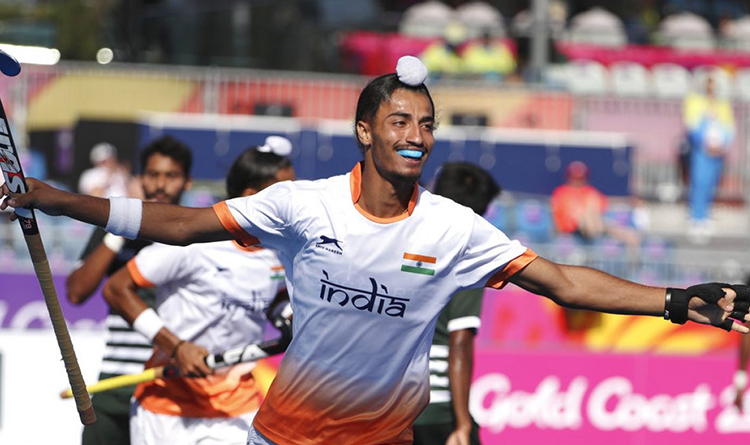 Indian Men’s Hockey team forward Dilpreet Singh, who is currently preparing for the upcoming Tokyo Olympics, says the current time is crucial for the youngsters. He spoke about his preparation and his goal to find a place in the team.

The 20-year-old is more enthusiastic about playing after returning to pitch in August.

Dilpreet Singh was a part of the Indian team when they won the silver medal at the Champions Trophy Breda 2018 and the Asian Games 2018 when they won a bronze. Talking about the Tokyo Olympics, he said the Olympics is being postponed to 2021, which brings a huge opportunity for the youngsters to work on their skills and make it to the team. It’s a dream for any sportsperson to play in the Olympics, and it’s a great opportunity for all the players to fulfill their dream. The next few months leading upto the Olympics are crucial for the youngsters as such opportunities don’t come every day, Dilpreet added.

The young player returned to the pitch in August and remarks that he is more enthusiastic about playing hockey. Dilpreet expressed that he feels wonderful coming back and has found a new zeal for the sport and is looking forward to the training. He was part of the senior team for the FIH Hockey Pro League. The young player has jotted down all the areas he needs to work on and is determined to improve.

Talking about the ongoing training he said, the coaches are taking things slowly and working on improving and moving forward every day. He expressed his gratitude towards Hockey India and SAI saying, they have been extremely helpful in the past months and have taken care of all the safety measures to ensure players’ security and help players focus on training.

The Indian team has a fantastic forward line, looking forward to playing alongside the senior players and perform well for the nation, Dilpreet concluded.