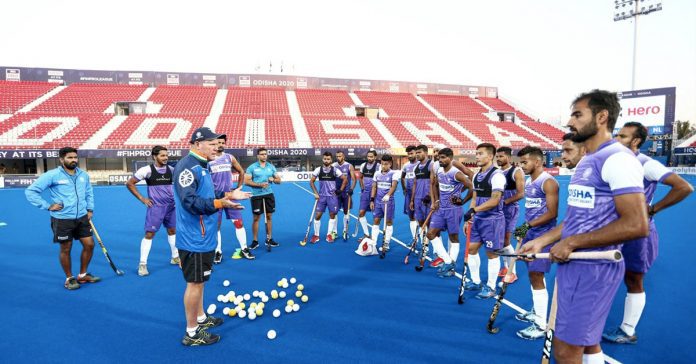 It has already been announced that the national camp of the Indian men’s hockey team, held in the center of the SAI, will be completed a week earlier, on December 12.

This change is due to the recommendation of head coach Graham Reid. The collection lasts directly for four months. It poured back in August 2020 and was supposed to continue until December 18. However, these changes were made. It was also decided that they would meet again to continue training and preparation for future competitions, in three weeks, on January 5.

The Sports Authority of India said:

“We are not predisposed to leave the break of our athletes unattended. A comprehensive hardening and strengthening program has, therefore, been established for this period of time. This development will be transferred to the athletes by their head coach and Robin Arkell, the scientific advisor to the men’s senior team. “

In March, a training restriction regime was introduced that is associated with the coronavirus pandemic. However, in August, we began to resume training hockey teams. Now the training of the Indian men’s hockey team is held at the SAI Center in Bengaluru. Of course, the resumption of activity was associated with severe restrictions. Athletes within four months were separated from the world. They couldn’t even see their relatives. Such stringent measures are related to the threat of killing individual games and the entire team since during training, hockey players interact tightly with each other and even live together.

Let’s hope that after a three-week break, the players will return rested, healthy, and will be able to start training with new strength.