Transfer Roundup Ahead of Deadline Day 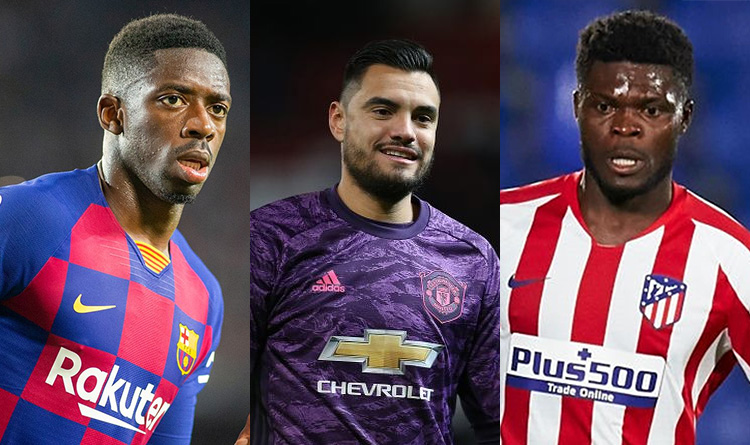 The Coronavirus outbreak led to a prolonged season of football then we are used to. The effect of the pandemic was also felt on the finances of football clubs who suffered major losses. While some clubs had trouble completing deals for new players, some rich clubs continued pursuing star players with big-money deals. This window saw some incredible transfers throughout Europe. Let’s take a look at the top deals and the ones to look out for on Deadline Day.

Chelsea were the kings of this transfer window, having spent more than 200 Million pounds on some of the best players across the world. Marquee signings like Timo Werner, Ben Chilwell, Kai Havertz, Thiago Silva, Hakim Ziyech, etc. rejuvenated the squad and improved their lackluster defence. The goalkeeping issue was resolved by bringing in Edouard Mendy. They have had a rough start, but with this squad, they can challenge anyone.

Man United are in advanced talks to sign Edinson Cavani and Alex Telles. Both are quality players that will improve the team. Their main target was Jadon Sancho, but that deal didn’t happen. Man United also agreed to the signing of young winger Amad Traore in January.

Manchester City spent big on Nathan Ake and Ruben Dias to fix their weak defence. The departure of David Silva saw the recruitment of Ferran Torres. Liverpool were quite in the beginning but sorted out amazing deals for Thiago Alcantara and Diogo Jota recently.

At deadline day, some deals that can still take place are Thomas Partey to Arsenal and Ousmane Dembele to Man United. Arsenal lost out on Houssem Aouar, but Partey is a possibility. Juventus signed Federico Chiesa while Douglas Costa returned back to Bayern Munich along with Eric Choupo-Mouting.

FC Barcelona will also be busy on deadline day as they look to finalize deals for major targets Memphis Depay and Eric Garcia. We have some incredible deals, and the last few hours of Deadline Day will be exhilarating. Let’s see which players change clubs at the eleventh hour.