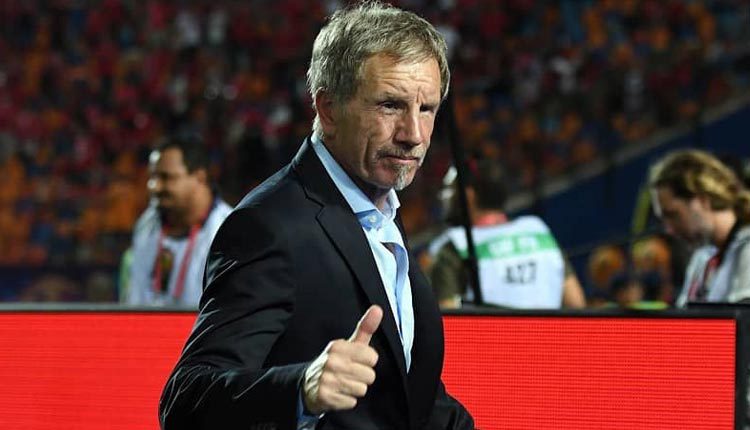 Odisha FC is ready to kick off their second season in the Indian Super League and former South Africa and Finland national team manager is looking forward to helping the club make it to their maiden playoffs appearance and perhaps a trophy at the end of the season.

Baxter is ready to follow in the footsteps of Josep Gambau, who had a disastrous first season in charge of Delhi Dynamos FC, certainly improving his record for Odisha FC after the rebranding of the club but failed to help the club qualify for the playoff stages.

The 67-year old British head coach has had plenty of experience around the globe managing clubs like Vissel Kobe, AIK, and Kazer Chiefs, winning a bunch of trophies in South Africa and will now aim to do the same in India.

In an exclusive interview with Mohak Arora of PariMatch, Stuart Baxter discussed Odisha FC’s aims and ambitions, his personal goals for the upcoming season, and gave a detailed view on how the club is working to promote the young footballers of the country.

Talking about the importance of carrying on from where the last head coach left the club, Mr. Baxter said,

“So, I think there’s some good work done that I will retain and hopefully, I will build upon it and find a way of playing which we all will enjoy giving us some result. I need to be the coach that the squad of players needs and not the coach that I always wanted to be.”

The 67-year old head coach emphasized that promoting young footballers will be a big part of his philosophy at the club. He said:

“There will be an emphasis on youth. The youth are going to play a very important role for us and it’s vital that we make sure that we give those young players the best possible chance of being able to develop. It’s my job to make sure the culture of the club is based on development, coaching, team spirit, understanding your role and the responsibilities to the club and the state.”

“I would like to think that the young boys we have are going to develop. They must have the right attitude and should be looking at this as an opportunity for their own development hand in hand with the development of the club.”

​The club failed to make it to the playoffs last season and the former South Africa national team manager has set his eyes on making it to the top four with his ‘young’ team. He said:

“We have a young team and I want them to have a target to be better than they were last year. They will do that through is self-development and team development. If you are asking me as a professional, I want to take the team to the playoffs definitely because sixth, seventh, eighth, ninth, tenth is all the same really. We want to play in the playoffs and after that, let’s see if we can win it.”​