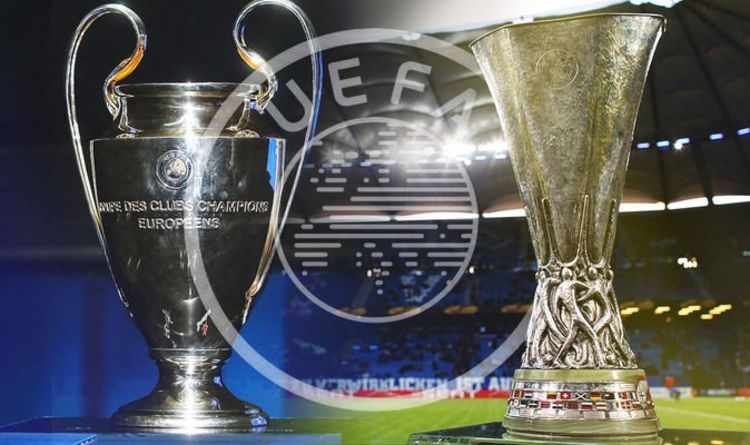 The draw for the Champions League round of 16 was held today at UEFA headquarters in Nyon. The results are presented below.

Quite a favourable draw for the English contenders:

Atletico are not as strong as they look. The other day, Real Madrid proved that in a head-to-head encounter (even with poor results of Los Blancos recently).  Manchester City should beat Mönchengladbach without any problem at all. And Klopp from Liverpool is still cooler than Nagelsmann from RB Leipzig, though the situation can change in a year or two, but for now lads of Jurgen should secure victory.

The official Twitter of Borussia reacted right after draw, it seems this club is tired of playing against the club from Manchester:

There will be plenty of exciting fixtures between bright teams.

One match in these pairings brings back interesting memories:

As for Europa league, the situation is following:

Real Sociedad vs Manchester United and Benfica vs Arsenal are among the biggest ties to emerge from Monday’s draw.