Odisha registered their second win of the season

Odisha came from behind to beat Kerala Blasters 2-1 in their third 2022-23 Indian Super League match, at the Kalinga Stadium on Sunday. Jerry Mawihmingthanga and Pedro Martin scored the two goals for the Kalinga Warriors, whilst the Tuskers’ lone goal was scored by Harmanjot Khabra.

Despite a disappointing 0-2 defeat in their last match against Mumbai City, Odisha coach Josep Gambau opted against making a handful of changes. Instead, he made only one tweak as Raynier Fernandes was replaced by Thoiba Singh in the middle of the park.

Though Kerala Blasters dominated the initial exchanges, the first major opportunity fell to Odisha. Following a darting run down the left flank, Diego Mauricio let go of a shot which was brilliantly saved by the Tuskers’ custodian, Prabhsukhan Gill.

However, the rebound fell kindly for Isaac Vanmalsawma, whose shot was also spectacularly saved by Gill. The rebound once again fell to an Odisha player – Jerry this time around, and while the winger did manage to find the back of the net, the referee had blown his whistle for a foul.

Vukomanovic’s team had their first chance in the 10th minute. Ivan Kalyuzhnyi, who has had a great start to his ISL career, found himself at the end of a cross and went for a shot, but it was Amrinder Singh’s turn to showcase his potential after Gill’s acrobatics.

Thoiba did well to prove why deserves a chance in the starting XI – he first attempted a long-ranger in the 16th minute which flew over the bar, before pulling the trigger once again only nine minutes later, only to be denied by Gill. Isaac also had a decent hit minutes later, but he could not find the target either. 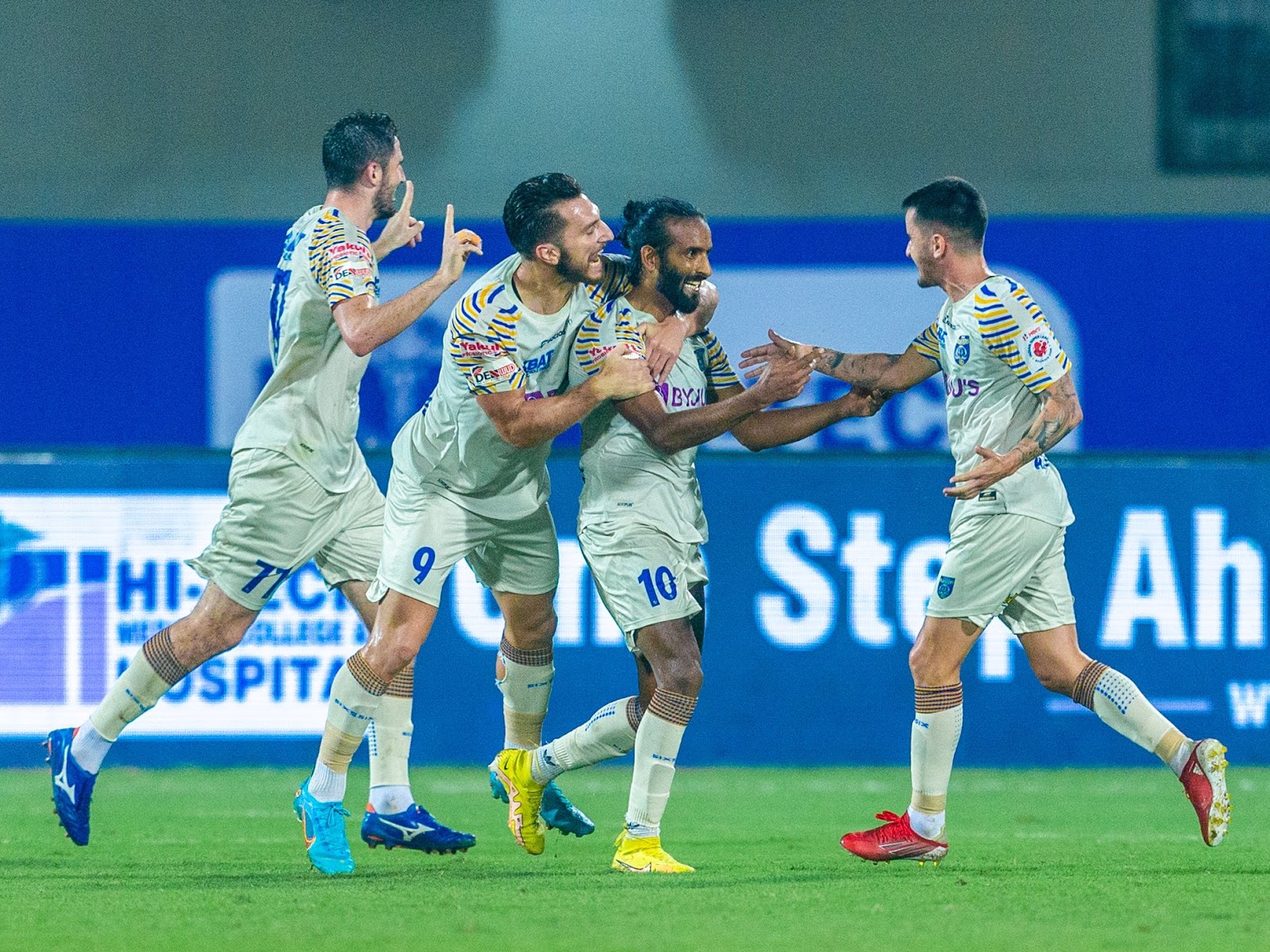 These missed half-chances turned out to be costly for the Kalinga Warriors, as Kerala Blasters scored against the run of play in the 35th minute. From a corner, Adrian Luna launched a delightful cross into the box, which found Khabra completely unmarked. The veteran full-back then did the rest by heading his shot past Amrinder.

It took Odisha all but two minutes to respond, as they almost equalized in the 37th minute. Saul Crespo managed to get his head to a corner, but his headed attempt missed the target by a whisker.

Gambau’s men managed to keep pressurizing the Tuskers in the second half as well. Only two minutes after the resumption, Jerry played a good ball for Mauricio. The Brazilian had only Gill to beat, but for the umpteenth time in this game, the 21-year-old goalkeeper came to the rescue of Vukomanovic’s team.

However, the hosts eventually scored in the 54th minute, with Jerry himself taking the glory. A long throw made its way to central defender Carlos Delgado, who had his attempt saved by Gill but like the chance in the first half, the rebound fell to Jerry. The Mizo winger found the back of the net yet again, and this time around, the goal did count to make the scoreline 1-1. 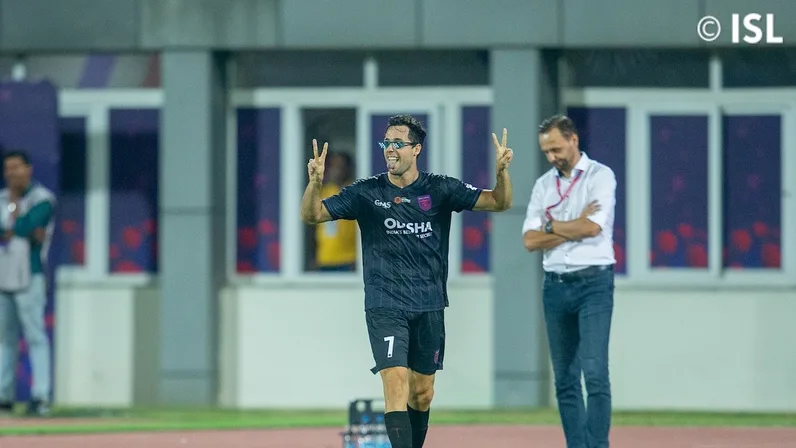 After withdrawing the pressure, Odisha struck back in the 84th minute when substitute Reynier’s attempt found the side netting. However, the goal came only a couple of minutes later. After proving his top-notch glovework, Amrinder exhibited his skills with the feet as his long ball found Martin through on goal. The former Atletico Madrid player did well to receive the ball with great precision before thumping his shot past Gill.

Following this win, Odisha is now occupying the third position in the points table, with 6 points to their name from 3 matches. Their next outing will be against Bengaluru on Thursday while Kerala Blasters, who are now struggling in the 9th place with only 3 points, will take on Mumbai City on Friday.