The Islanders are having an invincible run this season!

The classic rivalry between the country’s two biggest sporting hubs Mumbai and Chennai is back in Matchday 12 of the 2022-23 Indian Super League caravan where the table-toppers Mumbai City will be challenged by the mid-table combatants Chennaiyin on their home turf to settle down the score.

Mumbai Football Arena of Maharashtrian capital city will be the hosting venue of this crushing returning fixture on Christmas Eve. Mumbai general Des Buckingham and his men will be aiming to clinch all three match points from this fixture in order to strengthen their stay at the top.

The Islanders are cruising on a winning streak of five games which was initiated after their most recent victory over the same opponent. However, Jamshedpur and ATK Mohun Bagan have already forced the former double-champions to drop points on their home turf.

The only missing piece of the puzzle which is keeping this Chennaiyin outfit away from the Top 6 is consistency which has taken a major toll on them. Even the historic 7-3 win could not revamp the momentum of the Marina Machans who have dropped eight crucial points in their last four appearances.

However, the Chennaiyin head coach was highly spirited after their recent draw with Kerala Blasters which was quite evident in post-match visuals and Thomas Brdaric would be raring to challenge another title contender this Saturday.

The Islanders from the City of Dreams are currently seated right at the top of the ISL standings with 24 match points and a two-point lead over the second-placed Hyderabad side.

The double-champions of the 2020-21 ISL season are yet to suffer a losing outcome in this edition and have scored a whopping total of 24 goals in their last seven fixtures while conceding only six goals. The Sky Blues travelled to the City of Joy in the previous matchday and returned to their home with a thumping 3-0 triumph over East Bengal. 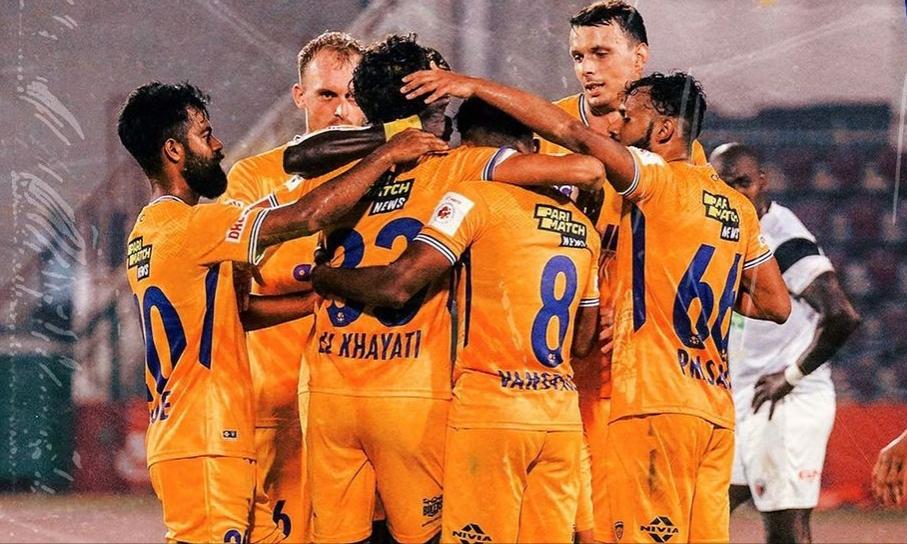 Plenty to boost the confidence of the Marina Machans

On the other hand, the Tamizhan Machans are struggling to get away from the mid-table swamp as the German gaffer Brdaric is still not up to the mark in the first half of his coaching stint.

Chennaiyin’s historic 7-3 away triumph over NorthEast United was followed by a frustrating 1-1 tie outcome in a home fixture.

A 48th-minute equalizing strike from the Goan youngster Vincy Barretto saved the two-time champions from embarrassment against arch-rivals in front of a packed home crowd at Marina Arena.

The ISL universe has witnessed a crushing rivalry between these two traditional rivals in the Indian top-flight football league right from the inaugural edition.

They have faced each other 17 times in this league and the head-to-head record of those encounters currently stands in the favor of Sky Blues on a scoreline of 8-6. The Marina Machans were holding a commanding position in this rivalry until the commencement of the 2020-21 season when the Islanders staged their resurgence.

The two old foes shared the battlefield a short time ago when Chennaiyin hosted the table-toppers at their home ground in the second week of November. A combined total of eight goals were scored by both sides in a goal-fest which resulted in a final scoreline of 6-2 in the favour of the City outfit. 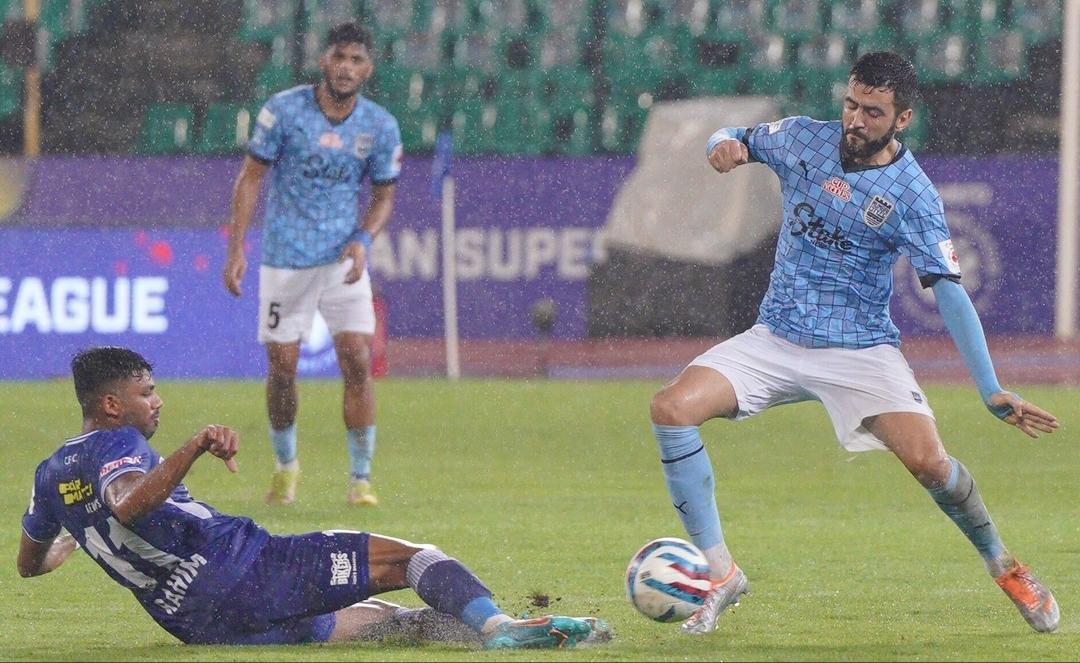 Throwback snapshot from the previous encounter between these two ISL giants

The last time Mumbai City quarrelled with Chennaiyin at the venue of Marina Arena was back in December 2019 which resulted in a goalless draw. It was the time when the Marina Machans side was captained by the Mumbai legend Lucian Goian while their forward lime featured current Islander Lallianzuala Chhangte. The 25-year-old Mizo winger who has made over 50+ ISL appearances for Chennaiyin is yet to score a goal against his former side in Mumbai colors.

The most capped player in the history of ISL, Mandar Rao Desai returned to Mumbai Eleven replacing Vignesh Dakshinamurthy in the left-back position and cementing his place. The Senegalese skipper of the Islanders Mourtada Fall also returned to the battlefield after opening matchday to make his second start of the season. As part of Buckingham’s rotation policy, we may get to see the Moroccan holding midfielder Ahmed Jahouh making way for Alberto Noguera in the midfield.

Brdaric may make a few attacking changes in his Starting Eleven from the previous fixture to counter the aggressive approach of their counterparts. His tactic of starting Abdenasser El Khayati from the bench badly misfired as the Dutch attacker is likely to make his return to the Chennaiyin line. While another playmaker from the Machans camp, Anirudh Thapa is set to appear at the kick-off while donning the captain’s armband.

Whether it’s the current form or on-paper strength or head-to-head record, each and every aspect of prediction is favoring the Men in Sky Blues to emerge victorious from this contest. The Marina Machans must adapt to the aggressive playstyle of their opponents and upset them in their own game. In the kind of form the Islanders are in, it is highly speculated that we will get to see another goal-fest at Mumbai Football Arena.