Mohun Bagan AC release a statement after protests from fans 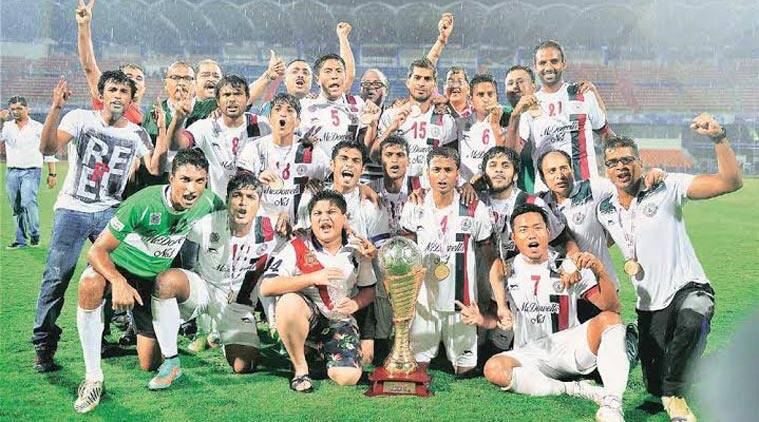 Honorary General Secretary of the club Mohun Bagan Athletic Club, Mr. Srinjoy Bose has released a statement regarding the controversies surrounding ATK Mohun Bagan FC in the past week.

The fans of Mohun Bagan have been protesting for the past week regarding a commercial advertisement that was released through several social media channels and through the STAR network on national television as well.

Many fan groups called the Mariners from various states of India have also been complaining about the jersey instructions released by the FSDL that includes three stars on the ATK Mohun Bagan FC jersey representing the three wins ATK has had since the initial season of the ISL.

Many fans have also been complaining about the statistics on the official ISL website that show ATK Mohun Bagan FC’s stats, the same as that of ATK’s first six seasons instead of starting from a blank slate.

THE STATEMENT FROM MOHUN BAGAN AC 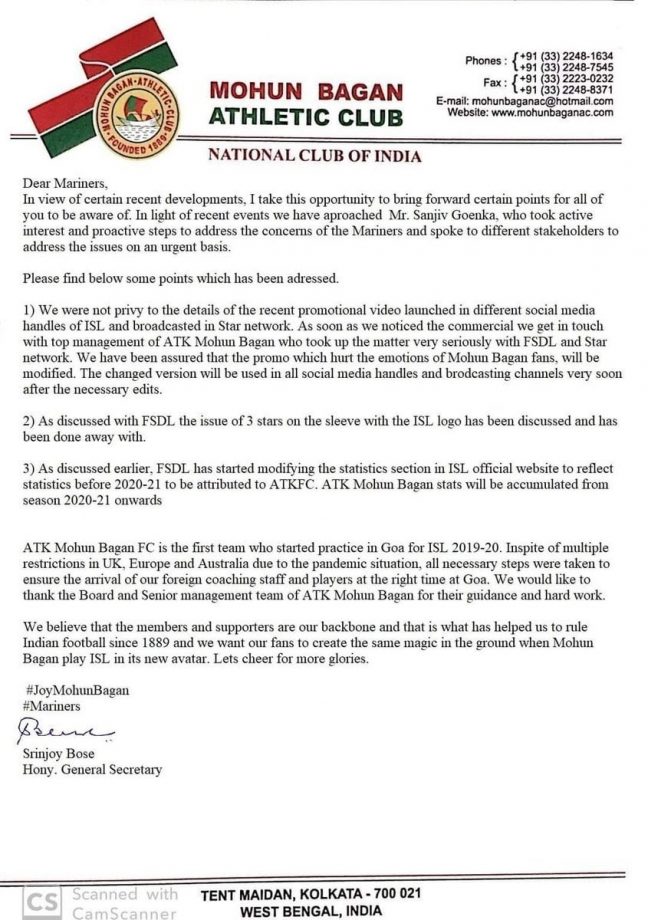 The honorary secretary has assured the club’s fans that the merger has been done with the fans’ feelings in mind alongside the commercials. The released statement says that the promotional video will be edited and modified and the new version will be released very soon.

Also, the 3 stars on the new club’s jersey have been done away with and the process to scratch the old statistics and start afresh for the new entity has been started and will reflect on the league’s official website very soon.