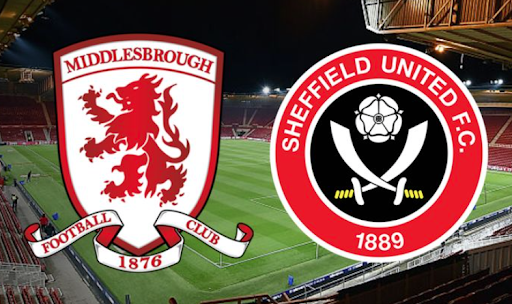 Middlesbrough will host Sheffield United in the third tour of the EFL Championship at the Riverside Stadium. The fixture will take place on August 13, beginning at 18:30 IST.

The hosts have been trying to make their way back into the Premier League for a number of years now, but at the moment, the Red and Whites simply do not seem ready to reach the top flight in any way. Last campaign, the main reason for Boro’s failure was that they lacked stability over the course of the championship – as a result the team finished outside the top six in the league.

Now, Middlesbrough are determined to fight for the top places again, however, the club’s run has not been good enough so far to talk about any improvement. In the first round of the Championship they managed to get only one point – a draw against West Bromwich (1-1), and the further one was followed by a defeat against Queens Park Rangers (2-3), the Riversiders were 0-3 down by the 38th minute, but have managed to get two back. But when the Rangers ‘trenched on’, Wilder’s men could not find the necessary option to penetrate the low defensive block. And unfortunately core player Darragh Lenihan was red carded in added time, so he will miss the game against the Blades.

Chris Wilder’s side then also crashed out of the League Cup in the 1/64th final losing to Barnsley (0-1). This slip-up extended Middlesbrough’s winless streak to three games.

By the way, the coach Chris Wilder knows Sheffield United’s kitchen well enough as he has been coaching the Blades for 5 years, which counts as many as 227 games under his mentorship. So despite the unconvincing form of his current team, Chris will help the Lions to prepare properly. Perhaps this is the match where the Ironsiders can turn the tide of the season.

Last season the Blades were pushing for promotion, but Nottingham Forest stood in their way in the play-offs. Dreams of a return to the elite of English football had to be postponed, but overall Sheffield United enjoyed a good previous season.

At the start of the new one, the visitors have looked unstable so far. In the opening game of the new season Sheffield United produced no goals, but conceded one from Watford, failing to add to their points tally. However, Sheffield United did much better in the second game, scoring two unanswered goals against Millwall. The victory could have been even more convincing as early as the first half but Oliver Norwood failed to convert the spot-kick in the 44th minute.

After that, similarly to their future opponents, the Blades crashed out of the League Cup in a 1-0 defeat to West Bromwich.

Admittedly, Paul Heckingbottom’s men have been pleasing their fans in terms of their play, eagerly running forward, pressing their opponents and consistently creating dangerous chances at the opponents’ goal. This is pure pedigree football that is entertaining to watch.

In general, the team appears attractive, for example, in the last three years, the Red and Blacks managed to get twice to the FA Cup quarter-finals, losing only to a much stronger in class Arsenal and Chelsea. As a fact, the Bramall Lane side finished their  19/20 EPL  season in 9th place, their best result in 20 years.

Middlesbrough and Sheffield United have fought without compromise in the last five Championship fixtures, with three wins for Sheffield Wednesday and two for Middlesbrough. And the last draw between these teams was back in 2009.

The most recent meeting took place in March this year, and ended with a big 4-1 home win for Sheffield Wednesday.

“The Championship is tough, there’s lots of intensity to the games. That was two Ship teams there but it didn’t feel like a Championship game. One the crowd, two the changes. The Championship is relentless with the amount of fixtures it’s got, refereed slightly differently to the Premier League and if you’re not on your game a team can turn you over from top to bottom. We’re preparing for a really tough game, add to that we’re away from home against a very good team, with a very good manager. We know it’s going to be one of the toughest games of the season and we also know that when we play well we’re a match for anyone.”

“We’re expecting a tough game. Watching them so far this season, not much has changed in terms of their approach and how they want to play. We know each other very well, so there’s nothing too much new other than one or two new personnel on the pitch. With Chris, one thing we all know is that we’ll have to compete to get a result.”

“Second half of last season, after Chris went in, they went on a real good run, and we’re expecting the same kind of tough game. Every Championship game is tough and decided by tight margins. If you’re even slightly off it then it can decide the game. We’re playing away from home against a top team with a top manager, so we know it will definitely be a tough game. But it’s one we’re prepared for, and one we’re looking forward to.”

Statistical prediction of the match Middlesbrough vs. Sheffield United:

Middlesbrough and Sheffield United are having a tough start to the season, as their opening league games have shown. Given all the factors, the opponents’ powers are in parity, so it would be slightly risky to predict a winner here – the outcome of the match is more likely to be decided by some fluke than by an objective consideration. At the same time, the teams have consistently scored few goals in their head-to-head encounters. We expect the continuatuion of this trend.