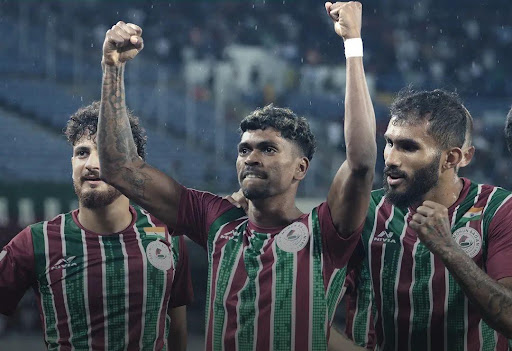 The Indian heavyweights ATK Mohun Bagan are ready to host Maziya Sports & Recreation Club at their fortress, Salt Lake Stadium in the final Group D game of the 2022 AFC Cup competition. It will be a high-profile battle between two sides who won their previous fixtures and will be taking the same field on 24th May.

The Mariners had a forgettable start to their consecutive AFC Cup campaign after losing the opening game against the reigning I-League champions Gokulam Kerala. Although the Kolkata-based club bounced back quickly and went on to smash the Bangla counterparts Bashundhara Kings in the following game. After having the best Goal Difference ratio in Group D, it will be easier for ATKMB to qualify for the next stage if they are able to win this encounter.

Just like ATK Mohun Bagan, the Maldivian club also lost their first match and went on to win the second one. The Serbian gaffer Miodrag Ješić received high praises after completely dominating the Gokulam Kerala side in every aspect of the game. Although not playing attacking football can go against them in the qualification equation as they need to win the final group match with a better goal difference than others. 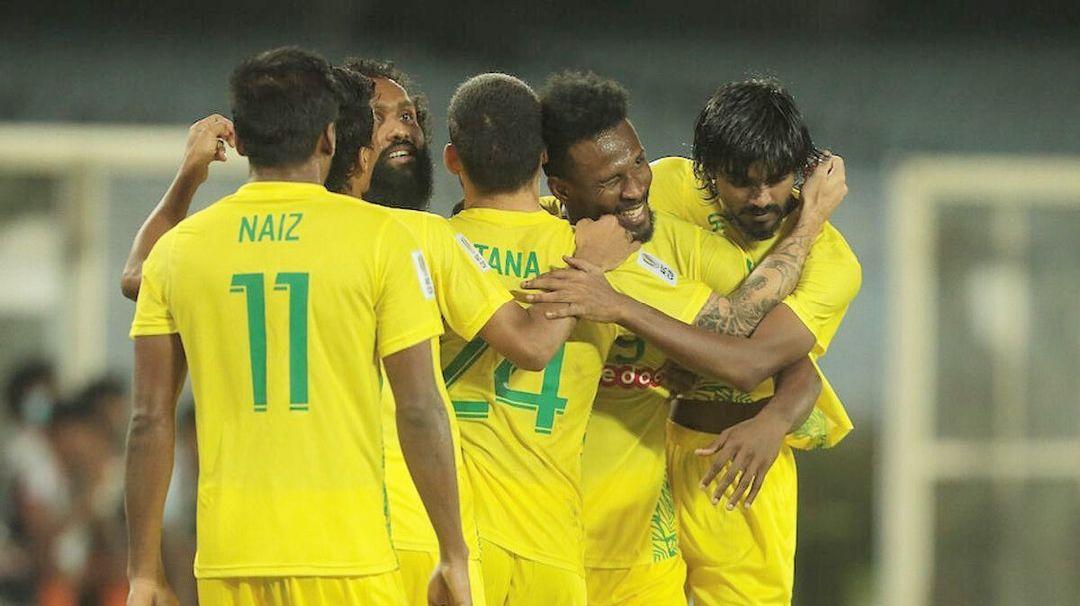 Joyful scenes after an important win for Maziya

In their previous fixture, Gokulam Kerala was a hot favourite to daunt the Maldivian outfit but the Green Boys turned the tables and registered an emphatic victory over Malabarians. It was a complete team effort from Maziya where they showed the AFC contingent that no one should ever dare to write them off. Cornelius Stewart’s 50th-minute strike with the assistance of playmaker Tana was the solitary goal which turned out to be decisive at the final whistle.

On the other hand, ATK Mohun Bagan orchestrated a memorable comeback to thrash the reigning Bangladesh Premier League champions Bashundhara Kings. The 23-year-old Goan goal-machine, Liston Colaco ran riots against the Kings’ defense and went on to bag his maiden hat-trick (24′, 33′ & 53′) in the ATKMB colours. While David Williams who scored the fourth goal of the game also starred in the triumph.

The first and only face-off between these two combatants happened in the group stages of the AFC Cup 2021 edition. Where Maziya hosted ATKMB at National Football Stadium in Malé and the visitors took all three match points to ensure their qualification in the knockout round. Interestingly, all three goalscorers from the Mariners Army (Liston Colaco, Roy Krishna and Manvir Singh) are still part of the roster and will be lining up against the Green Boys on Tuesday.

The Male-based club started both group games with the same eleven players and is likely to field an unchanged starting lineup against ATKMB too. The 32-year-old Vincentian forward, Cornelius Stewart was pumped up when he toyed with the Gokulam defense and netted the winning goal as the scoring responsibilities handed over by his manager were abided by him.

Sandesh Jhinghan has replaced the injured Spanish centre-back Tiri in the Mariners’ defensive unit and delivered at an ease against the Bashundhara attack. The ATKMB gaffer gave a surprise start to Arsh Anwar Shaikh ahead of Amrinder Singh in the previous match and the teenager is likely to guard the goal-line for another fixture after an impressive clean sheet. Although Roy Krishna’s current form is an issue for the Kolkata-based club as the star Fijian striker is yet to make a goal contribution in the AFC Cup campaign. 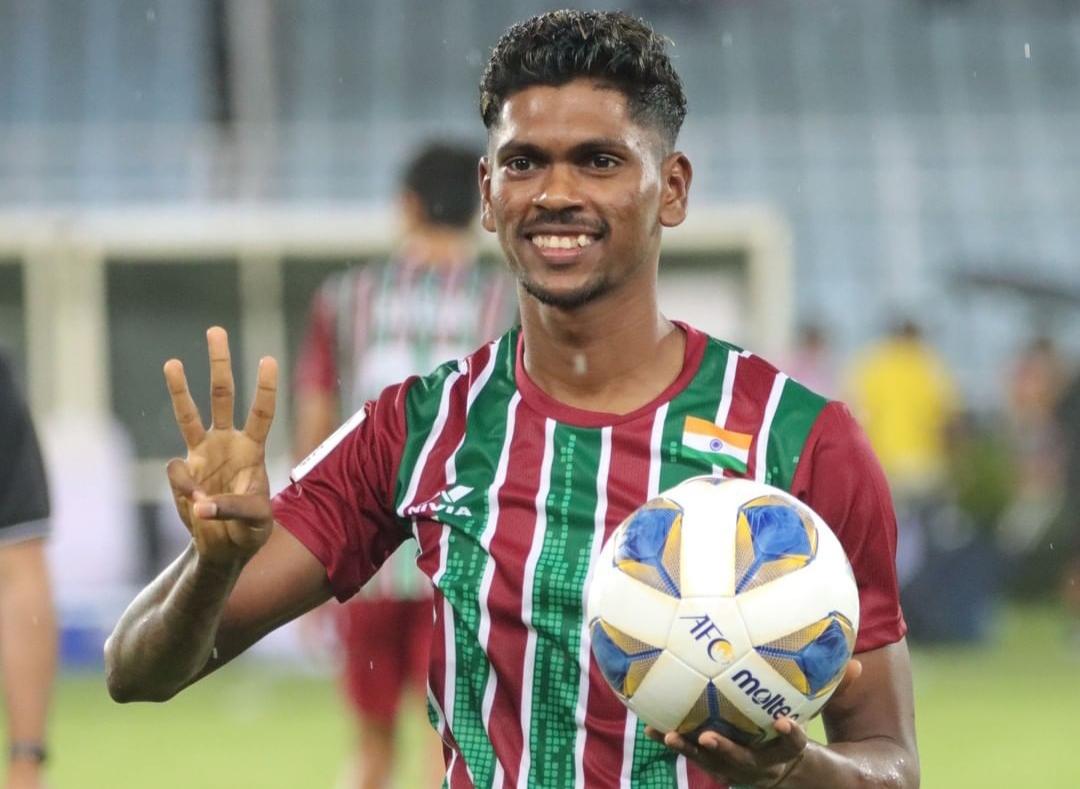 Liston is on the roll after taking the match ball home

While Liston Colaco is on top of his game and currently sitting right at the top of individual goal-scoring charts of the 2022 AFC Cup. He has a direct goal contribution in five (4 goals & 1 assist) out of six goals scored by ATK Mohun Bagan in this campaign which proves his value to the team. Liston also got himself on the scoresheet the last time he faced the same opponent on the same stage.

ATK Mohun Bagan has one of the most valuable rosters among the participants of this competition. Hence whenever they play a group game, they ultimately become favourites to win the encounter as their heavy star power is quite unmatchable. Although Juan Ferrando must have learnt a lesson from Gokulam’s defeat and won’t be taking the Maldivian outfit lightly at any cost.