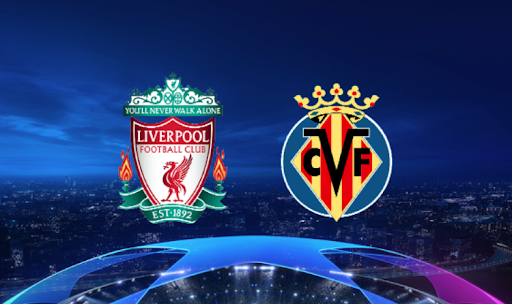 Liverpool will host Villarreal at Anfield in the UEFA Champions League semi-final, first leg. The match will take place on April 28, beginning at 00:30 IST.

What can we expect today? Parimatchnews will tell you everything you need to know ahead of the upcoming match.

Liverpool are still looking to pick up four trophies at the end of the season! One is already there – the League Cup. As well, Jurgen Klopp’s side reached the FA Cup final and the Champions League semi-finals. Most difficult situation is in the English Premier League, there is a one-point gap to Manchester City with five rounds to go. That’s not much at all, but there’s a decent chance that Josep Guardiola and his team will not make the much-needed slip-up – only four games remain, and all of them against a fairly average sides.

Oh, and the Merseysiders themselves can go awry. Their classy glory stretch has been going on for almost five months now, the last time Liverpool lost was back in 2021. A slump will have to come at some point, but perhaps it will be after the season is over?

Seems impossible, but the push for four titles is very considerable. Each of the remaining three is a couple of steps away.

In the Champions League play-offs, Liverpool have been fortunate so far. Inter and Benfica represent a very comfortable tournament path. The pattern in both cases was the same – an away win by a margin of two goals and a game according to the previous scoreline at home. And now, with the first leg at Anfield, the Merseysiders will do everything they can to travel to Spain confident of an endgame success.

At the last stage, Liverpool defeated Benfica on aggregate. The key moment was the first leg in Lisbon, when the Merseysiders beat their opponents 3-1. Of course, after such a result, it was extremely difficult for the Portuguese to expect a comeback. At Anfield, Liverpool almost didn’t exert themselves, thanks to which Benfica secured a 3-3 draw. It was a small gift from Jurgen Klopp’s team, who were saving their energy for the meeting with Manchester City on that day.

And, as it turned out, not for nothing. Liverpool beat Man City in mid-April to reach the FA Cup final. The important thing here is, above all, the fact that Klopp really outclassed Guardiola that time.

Villarreal are the biggest sensation in the current Champions League сampaign. And even if they fail to pass through Liverpool, the Yellows can surely be called the best team of the tournament. After all, the talents of a club from a town of 50,000 inhabitants cannot be compared with the monsters that the Submarine ‘sunk’ in the previous rounds.

Unai Emery is a cup manager. You don’t win the Europa League four times for nothing. And this season, the specialist has been warming the hearts with the brave performance in the Champions League. If victory over Juventus was taken as a surprise, but no more than that, then success against Bayern is a real sensation. Victory at home, scoring one and possibly three, and then a confident away game. The decisive goal came as the cherry on the cake when it seemed to be heading for overtime.

At the same time, as good as Villarreal are in the UCL, they are just as drab in La Liga. Seventh place, and basically no chance of a place in the top four at the end of the season. However, right now Emery’s side are on a three-match unbeaten run.

Iron discipline – and great counterattacking. These are the principles of the Spanish playstyle, and they will surely try to stick to them at Anfield. However, their task in England, rather, is simply to hold their ground.

Statistical preview of the match Liverpool vs Villarreal:

“Of course we did the proper analysis. I had a lot of respect for Unai Emery and Villarreal before, because I saw the games but only with one eye against Bayern, Juve a little bit. But meanwhile, I watched them properly and, wow, impressive. Unai looks like, if you watch his team, a detail-obsessed manager who prepares for all different situations in a game and that’s what his team is executing. It’s really, really good – different ways to build-up, different ways to press, different ways to react on different results. Really, really impressive. Obviously Unai is a world-class coach and is doing an incredible job there. So saying that, the good thing about all the analyse is we are not involved in these games. We have to fit in us then and our job has to be that we must make life as difficult as possible for them as well. That’s what we try to do over these two legs.”

“We don’t have to talk about other comps today because our focus is on Villarreal and the semis; it’s special. It’s crazy, a massive game. So many coaches/players work their socks off whole lives and no chance to be close to this. We have to cherish it and enjoy it.” 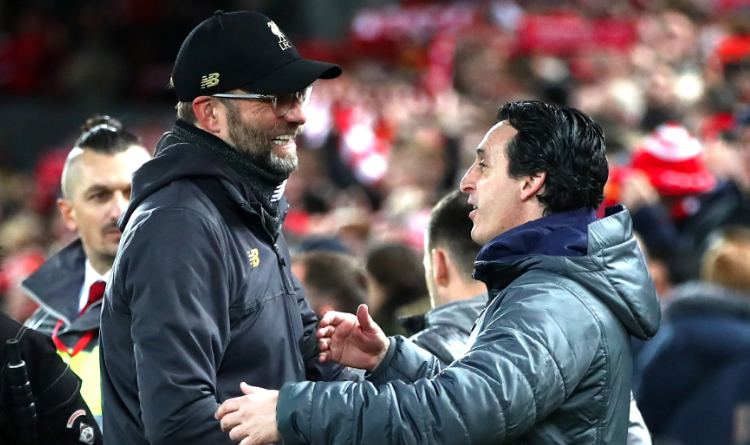 Jurgen and Unai know quite a lot about each other, having had the opportunity to compete at different times in their coaching сareer

“They are wise and now they know who we are. They know that the tie is going to be difficult and they will be prepared, no doubt about it.”

“We’re playing the favourites but we want to be ourselves and to play on the front foot. The journey does not have to end, we want to be in charge, to create chances. In normal conditions they are superior to us but we have our own ideas, individually and as a team, to allow us to compete.”

“The surprise factor decreases. That was more important against Juventus and Bayern but it won’t be the case now. Liverpool know that we are here because we have been able to compete. For us, that means the challenge is greater.”

“They have a very clear identity at Anfield. It’s Liverpool, I think the best Liverpool that I have known, but I take that as motivation to play the perfect game and to beat Liverpool at their best.”

Although Villarreal have been very good against the big teams this season, it will be incredibly difficult against Liverpool. Let’s be honest: against Bayern, the Spaniards were lucky as the Germans created a ton of chances but somehow failed to score, whilst being inattentive near their own goal in just a couple of moments.

The Reds have scored more than 3 goals in four of their last six games, and the Merseyside side will definitely work for a thrashing at a daunting Anfield at home to ensure Emery and his fortunate team have no chance of escape. Based on the statistics, it’s bold to take Liverpool’s win and the resulting game, as Villarreal can also score on the counter-attack. However, we are unlikely to see any equal fight at Anfield.

We say: Liverpool to win and the match total over 2.5 – Yes.