Real Madrid picked up their fourth win in the season

Defending champions Real Madrid continued their clean slate record in the 2022-23 season of La Liga with a 2-1 victory over Real Betis. Their arch-rivals and second-placed Barcelona are not far behind as they thumped Sevilla 3-0 and stay only two points behind them.

After a goalless first half, Iago Aspas gave Celta Vigo the lead by sidestepping past his marker before a wicked deflection helped the ball roll into the net. Oscar Rodriguez doubled Celta’s lead four minutes later in the 60th minute before Aspas struck the telling blow in the 75th minute to complete his brace.

Neither side was able to break the deadlock and it looked certain that the encounter between Mallorca and Girona would end in a stalemate. However, Antonio Raillo capitalised on a loose ball to smash it home in the 85th minute and give Mallorca the lead.

Pablo Maffeo was brought down inside the box and Samuel Saiz calmly converted his penalty to equalise for Girona. 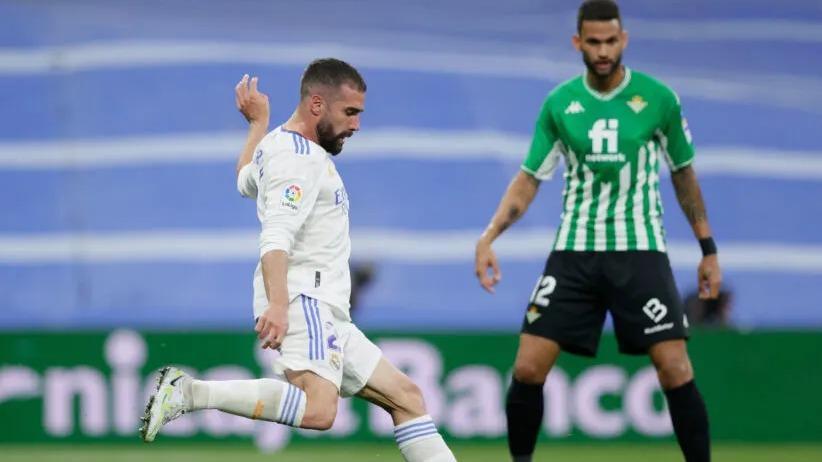 David Alaba found Vinicius Jr with a spectacular long ball and the latter made no mistake in lobbing the ball over the head of the Betis keeper to put Real Madrid’s noses upfront in the ninth minute.

Sergio Canales squeezed the ball through the keeper’s legs to level the proceedings for Betis eight minutes later. Real Madrid’s persistence to score the winning goal finally paid off in the 65th minute when Rodrygo powered the ball into the net from close range.

Atletico Madrid found themselves one goal up as early as the 5th minute when Alvaro Morata capitalised on a rebound. Atletico’s failure to convert their opportunities into goals haunted them in the 55th minute when substitute Umar Sadiq nodded home the ball from close range to equalise for Sociedad. 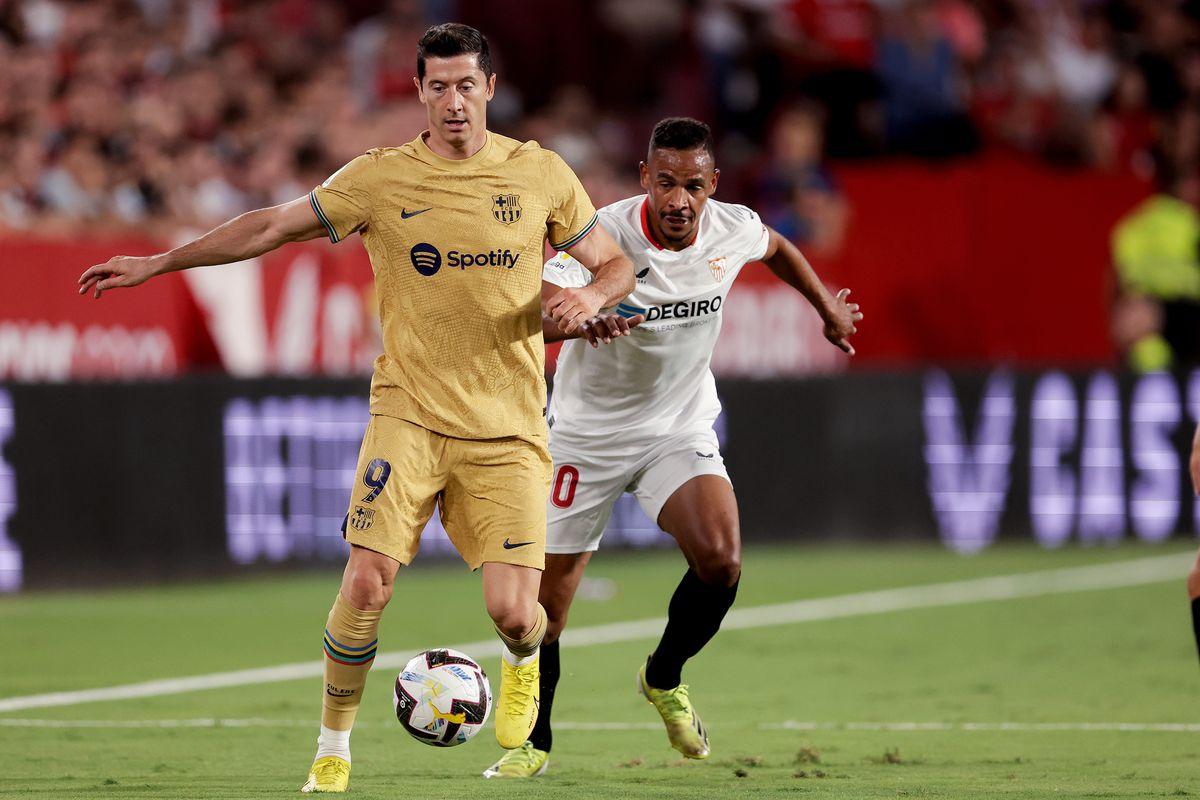 Lewandowski’s initial shot was cleared off the goal-line but it fell kindly towards Raphinha, who nodded it home to give Barcelona the lead in the 21st minute.

Lewandowski finally found his name on the scoresheet in the 36th minute after chesting a cross from Kounde and volleying it into the net. Eric Garcia completed a simple tap-in in the 50th minute to complete Barcelona’s 3-0 routing.

Granada and Espanyol played an action-packed draw as neither sides were able to trouble the scorers despite having five shots on target apiece.

Osasuna had the last laugh when Abde Ezzalzouli tiptoed his way into the box before unleashing a low cross that Ruben Garcia calmly slotted in the back of the net.

After staying goalless for 83 minutes, Espanyol scored the only goal of the game through Martin Brathwaite who dribbled past two defenders to find the net in a counter-attack.

Villarreal showed no mercy on Elche as they thumped them 4-0. Unai Emery’s men took the lead in the 27th minute through Gerard Moreno after seeing a goal disallowed by VAR previously. Giovani Lo Celso doubled Villarreal’s lead in the 36th minute after smashing the ball home from a tight angle.

The change of halves didn’t change the fortunes for Elche as substitute Samu Chukwueze released Francis Coquelin through on goal and the latter made the most of it to score Villarreal’s third in the 89th minute. Three minutes into the extra time of the second half, Jose Luis Morales tapped the ball home into an empty net to put the icing on the cake.

Valencia kept on knocking on Getafe’s doors from the opening whistle and was rewarded with three goals in the first twenty minutes of the game as Toni Lato, Samuel Lino, and Samu Castillejo found their names on the scoresheet.

After a brief lull in play, Nico Gonzalez and Hugo Duro scored in a span of three minutes to make it 5-0 for Valencia. Gaston Alvarez did find the net in the 78th minute but it proved to be too little too late.