Jurgen Klopp: “I really have to say I love women’s football, it’s outstanding. The quality is insane”   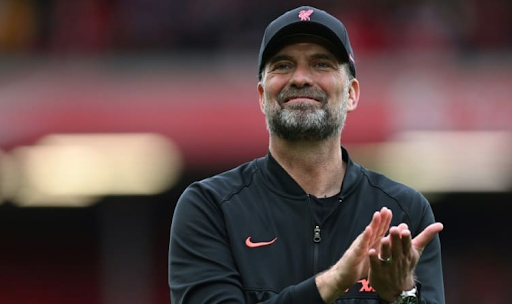 The summer in wait for the resumption of the club championships was brightened up by the Women’s Euro 2022. This edition turned out to be really special and seems to have taken ladies’ football to a whole new level. The Liverpool head coach spoke out about the success of continental football tournament.

On the eve of the game for Community Shield against Man City, during a recent interview, the conversation turned to Women’s Euros and Jurgen Klopp revealed hit thoughts about the growing popularity of female football:

“I really have to say I love women’s football, it’s outstanding. The quality of the tournament is insane.”

“England is doing exceptionally well. I saw three games of Germany too, they’ve been doing really well as well. It’s a really good final – two intense teams facing each other. As much as I love England, my heart is with the German side. At a sold out Wembley with an English crowd, it will be a massive challenge for Germany. England are slight favourites playing at home, but Germany has a chance.”

“Most important is the face women’s football showed, it’s a fantastic game. Women’s football, over the last few years, exploded in their development. It’s tactically and technically on an incredibly high level. The intensity of the games – physically it’s really, really good and I love watching it. Congratulations to all the teams that were a part of it because it is a commercial for football, not only women’s football.”

In the semis, the Germans beat the French 2-1, while England confidently trashed the Swedes 4-0. They will meet in the final at Wembley Stadium in London on the 31st of July, 21:30 IST.

“Finally, it’s coming home, yes, after so long. We’ve built it up so often in major tournaments, we’ve come pretty close, [such as] with Gareth and the boys a year or so ago. I think it’s finally coming home, we’ll be able to sing that song hopefully on Sunday night with a trophy in our arms.”

said Jamie Carragher after the Lionesses reached the final.

Stay tuned and make sure you don’t miss our match preview and prediction.