Igor Angulo: The shining light for FC Goa in the newly revamped squad 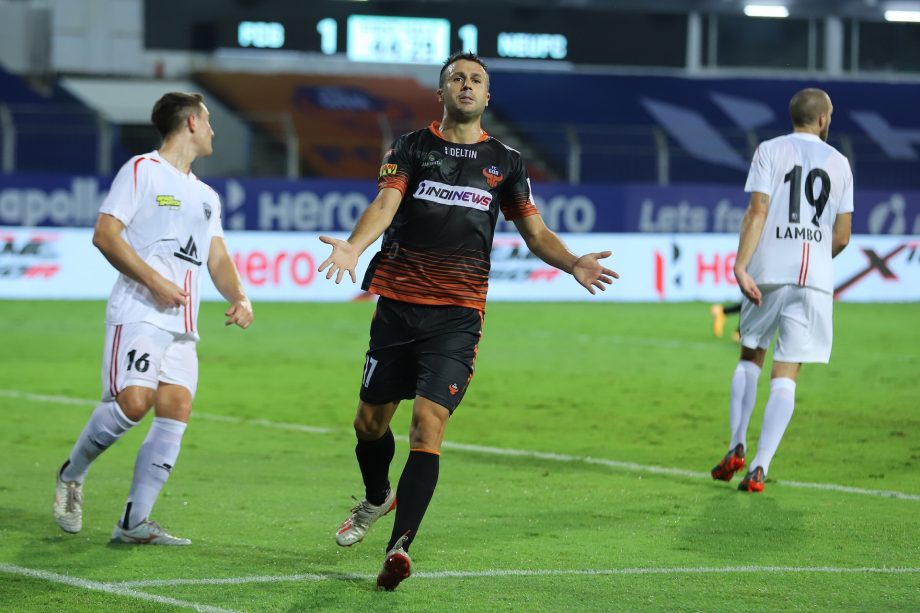 Igor Angulo is leading the ‘Golden Boot’ race in the 2020-21 season of the Indian Super League helping FC Goa with some crucial winners and equalizers.

The FC Goa striker is at the top of the standings so far with 8 goals in 8 matches with last season’s ‘Golden Boot’ winner Nerijus Valskis scoring 6 goals in 8 matches. Next in the race are ATK Mohun Bagan FC striker Roy Krishna and Mumbai City FC striker Adam le Fondre who have scored 5 goals each in 7 matches apiece.

Big names in club’s record goalscorer Coro, the skillful Hugo Boumous, the pacey Jackichand Singh, and the lanky Manvir Singh leaving the club in the off-season meant a revamp of the side especially in the attacking areas. The incoming manager Gerard Nus signed players like Igor Angulo, Jorge Ortiz, Alberto Noguera, and Redeem Tiang to fill their void. 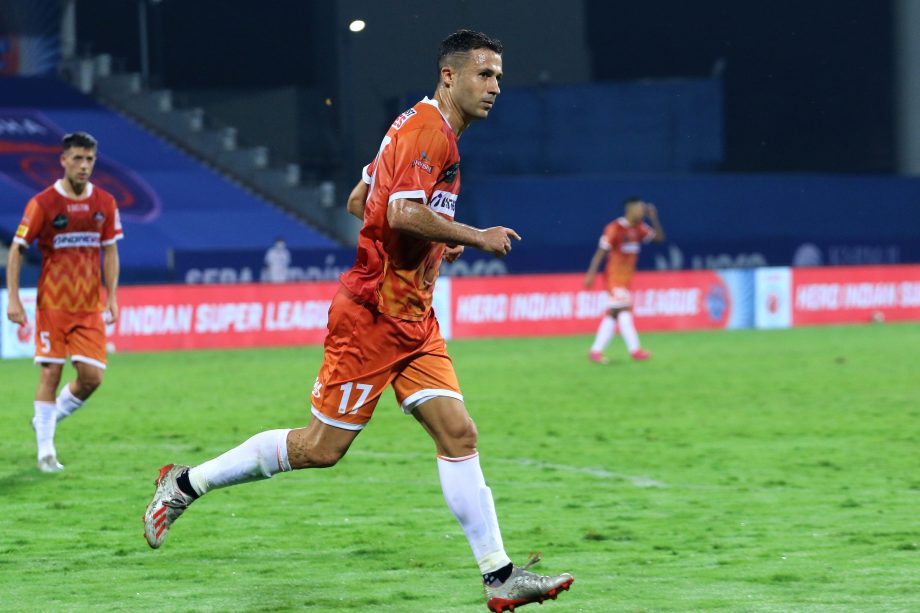 The Gaurs started their 2020-21 campaign at the Fatorda Stadium against fellow foes Bengaluru FC. The Blues were the only team that former manager Sergio Lobera consistently struggled against during his time with the club. The same was proving true for the new head coach Gerard Nus until the hour mark in their season opener when Igor Angulo scored a brace in the space of three minutes to earn the Gaurs their first point of the season.

Most recently, the Spanish striker scored a penalty to equalize against Jamshedpur FC and then scored the winner in the dying seconds of the match to keep Goa fifth in the league table.

In the meanwhile, the 36-year old has scored a crucial equalizer against NorthEast United that saved Gerard Nus from his second consecutive defeat in the opening three ISL matches. Angulo followed that with another brace against Kerala Blasters FC before scoring the winner against Odisha FC.

Angulo has drawn a blank in three matches in this league campaign and the side has recorded a loss in those three matches. The Gaurs are currently sitting in fifth position in the league points table with 11 points in 8 matches earned via 3 wins and a couple of draws.

Reincarnation of Coro for the FC Goa fans

Under Sergio Lobera, FC Goa established a brand of football that was endeared by the fans and envied by the opposition fans at the same time. Between 2017 and 2020, the Gaurs scored 124 goals in 61 ISL matches, better than 2 goals per match showcasing free-flowing attacking style of football.

The team also reached the final of the 2018-19 ISL but finally grabbed silverware after topping the league table in the 2019-20 season before Lobera was fired under mysterious circumstances. After Lobera’s sacking, poster boys of the team he assembled in Mourtada Fall, Ahmed Jahouh, Hugo Boumous, and skipper and ISL record appearances holder Mandar Rao Dessai followed him to Mumbai City FC while Carlos Pena retired, and Coro moved back to his homeland Spain.

Spanish striker Coro landed in India after three seasons of the ISL have already been played and left three seasons later as the record goalscorer in the league’s history. The former RCD Espanyol and Elche CF striker scored 48 goals in 57 league matches in addition to the 7 goals in 7 Super Cup matches in his time in India.

Angulo is a good friend of Coro’s and was being eyed by FC Goa three years back in 2017 but they went for Coro instead and it proved to be a brilliant decision. Igor has proved that three years back, at the age of just 33, he could have done even better than he is doing these days and going the other way in the decision making process wouldn’t have hurt the Goa-based club either.