At the start of the last Indian Super League season, very few would have tipped Hyderabad to reach the playoffs, let alone win a title. But Hyderabad turned out to be the surprise package last season, as they went all the way and won the ISL trophy. They achieved the feat in just three years since their inception in 2019.

Hyderabad tormented defenses as they scored the most goals in the league (43) while conceding just 23 all season, which was the second-best tally.

Having retained the core of the team along with some fresh additions to the squad, Manolo Marquez’s side is touted as one of the strongest contenders for the upcoming season, as they look to become the first team to successfully defend their title.

Mumbai City’s title defence didn’t go as per plan as they failed to reach the semi-finals in the Indian Super League 2021-22 season, finishing in the fifth position with 31 points.

The Islanders’ head coach Des Buckingham who joined very close to the start of the season couldn’t quite get the team to play football in his style. But come ISL 2022-23 season, Buckingham slowly moulded the squad as per his liking by bringing in reinforcements in the foreign department while keeping the core of his squad last season intact.

The Islanders impressed in the AFC Champions League campaign picking up two wins and finishing in the second position in the group which was the best performance by an Indian club side in the competition.

Mumbai City also reached the Durand Cup final where they narrowly lost to Bengaluru. The Mumbai-based club have witnessed plenty of ups and downs in their ISL history, reaching the knockout stages thrice and winning the title once. 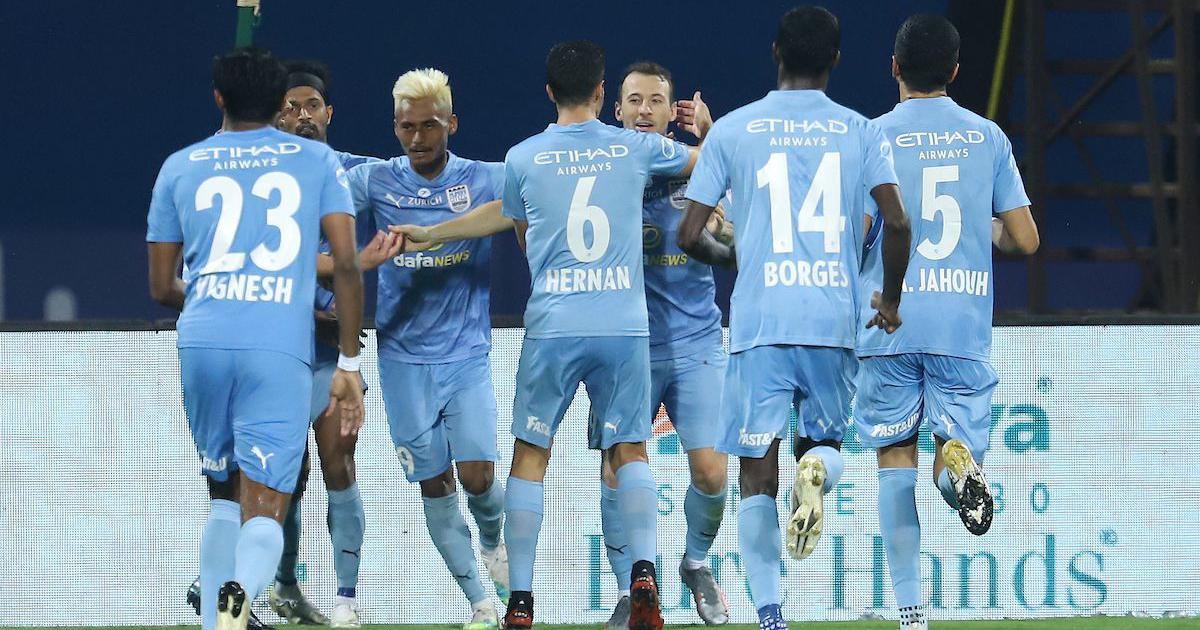 Hyderabad has had a superb pre-season ahead of the Indian Super League. They topped their group in the Durand Cup and went on to play the semi-finals wherein they eventually lost to winners Bengaluru. In that competition, they won four games and lost two.

The Nizams have also played five friendly games wherein they won four games and drew one. Keeping this form in mind, the match between Hyderabad and Mumbai will be an enthralling contest to watch.

In the Durand Cup, they went to top their group winning two of their four games in the group stage. In the quarter-finals, they defeated Chennaiyin 5-3 in extra time and then they defeated Mohammedan 1-0 in the semi-finals. They ultimately lost the finals to Bengaluru by a margin of 2-1.

Both Hyderabad and Mumbai City have played each other six times in the Indian Super League with both these sides winning two games each and drawing two. The Nizams won the most recent encounter played between the two sides by a margin of 2-1.

Rohit Danu and Joel Chianese scored the goals for Nizams in that game whilst Mourtada Fall scored the only goal for the Islanders. 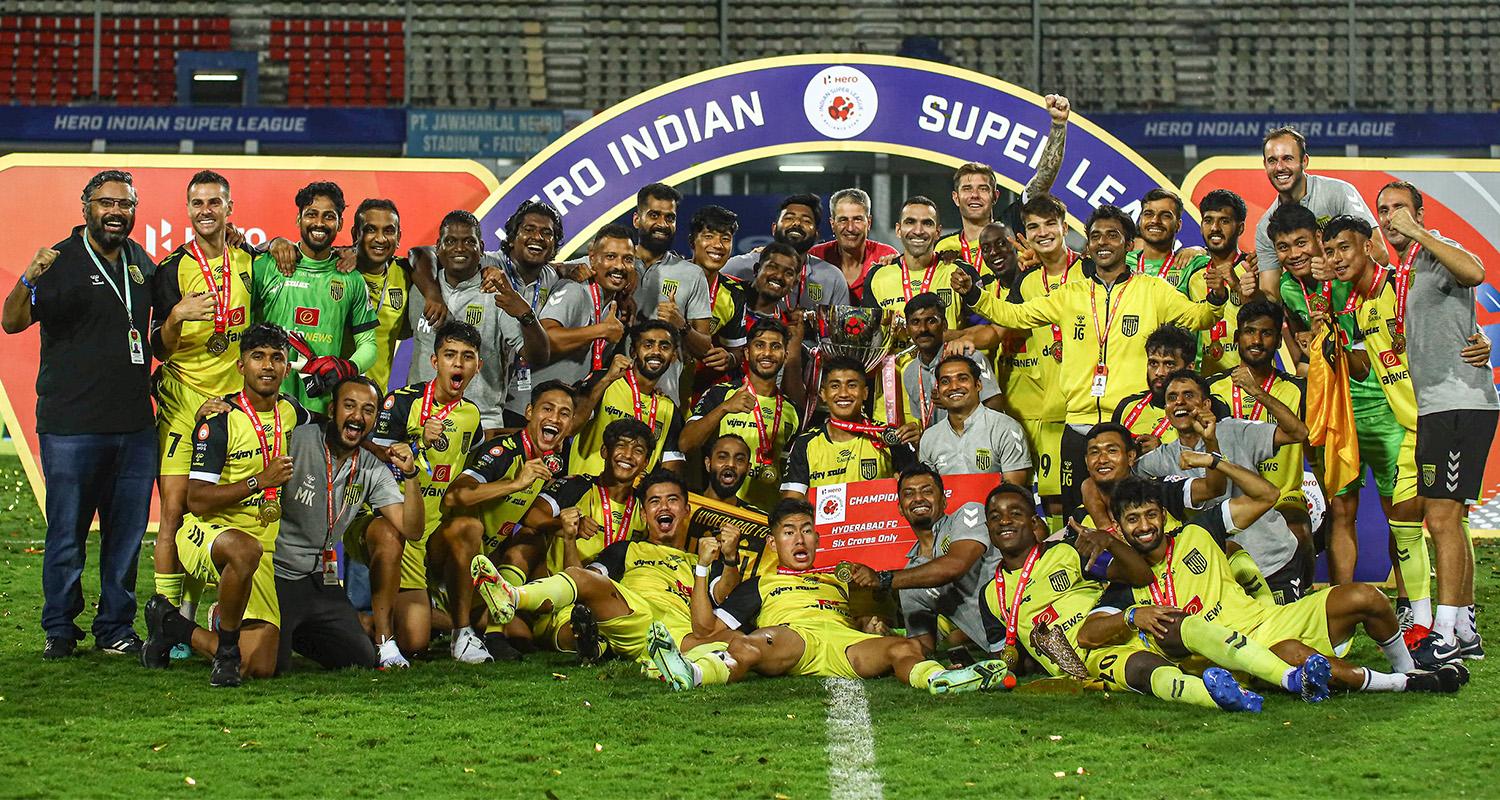 A club renowned for placing its faith in young talents, Hyderabad boasts of some promising Indian youngsters and an experienced foreign contingent. The Hyderabad management has done some smart business over the summer. retaining the core of their team.

The defending ISL champions have re-signed fan-favorite defender Odei Onaindia alongside roping in such quality defenders like Reagan Singh and Alex Saji with the latter making the jump to the ISL after winning two I-League titles with Gokulam Kerala.

On the other hand, Buckingham arguably made one of the most shrewd signings of the season after roping in Greg Stewart – who won the Hero of the League award last season – who will take the centre stage when it comes to scoring and creating goals.

The Islanders have also strengthened their foreign contingent with four new signings in Rostyn Griffiths, Alberto Noguera, Jorge Pereyra Diaz, and Greg Stewart while Mourtada Fall and Ahmed Jahouh remain an integral part of the team.

The presence of Alberto Noguera alongside Indian players like Apuia, Vinit Rai, and Rowllin Borges will definitely see an improvement in their creativity upfront with Noguera being of paramount significance in the middle of the park. Overall, Mumbai City FC looks like a side ready to rumble, having several experienced players in Buckingham’s desired positions.

Hyderabad landed the Indian Super League title last season thanks to a dramatic victory over Kerala Blasters. With time running out, Hyderabad drew level with the Blasters before prevailing in a penalty shootout after the pair could not be separated in extra time.

They will be full of confidence as they begin the defence of their title against Mumbai City and with the away side winning just two of their last eight in all competitions having competed in the AFC Champions League, the hosts are fancied to get off to a positive start by claiming at least a point from this matchup.