Eintracht Frankfurt won this competition back in 1980

Eintracht Frankfurt and Rangers will square off in the all-important 2021/22 UEFA Europa League final on Wednesday. The match will be played at Seville’s Ramon Sanchez-Pizjuan Stadium.

For both sides, this game serves as a golden opportunity to move up the echelons in terms of European supremacy as they are making a comeback at the grand stage after a considerable while. German side Eintracht Frankfurt won this competition back in 1980, where they defeated fellow Bundesliga opponents Borussia Monchengladbach on away goals rule.

On the other hand, Scottish side Rangers have never lifted this trophy, but they came agonizingly close in 2008 when they made it all the way to the final, only to lose 2-0 to Zenit Saint Petersburg. Having said that, the Gers did win another European competition, the European Cup Winners’ Cup, back in 1972.

Eintrack Frankfurt has not been particularly impressive in their recent run of fixtures, as they have won only two of their last five outings. However, both of those victories have come in this competition – against West Ham United in the semi-final.

Oliver Glasner’s team drew 2-2 against 1. FSV Mainz 05 in their last match, whereas the game before that saw them playing out another stalemate with Borussia Monchengladbach, which ended with a 1-1 scoreline. As far as the league is concerned, the Eagles have not won any of their last eight matches.

Rangers are head and shoulders ahead of their opposition when it comes to current form, as they are unbeaten in their last five matches. Giovanni van Bronckhorst’s team has won four of these matches, while the other fixture was a 1-1 draw in the Old Firm Derby against Celtic.

The Gers are coming into this match on the back of three consecutive triumphs in the Scottish Premiership – against Heart of Midlothian, Ross County and Dundee United. They have scored nine goals in this fixture and have conceded only two.

These two teams have crossed paths twice previously – in the semi-final of the 1959/60 edition of the European Cup, which now is known as the UEFA Champions League. Eintracht Frankfurt won the first leg 6-1 and the second leg 6-3, with Alfred Pfaff scoring four of his team’s twelve goals. 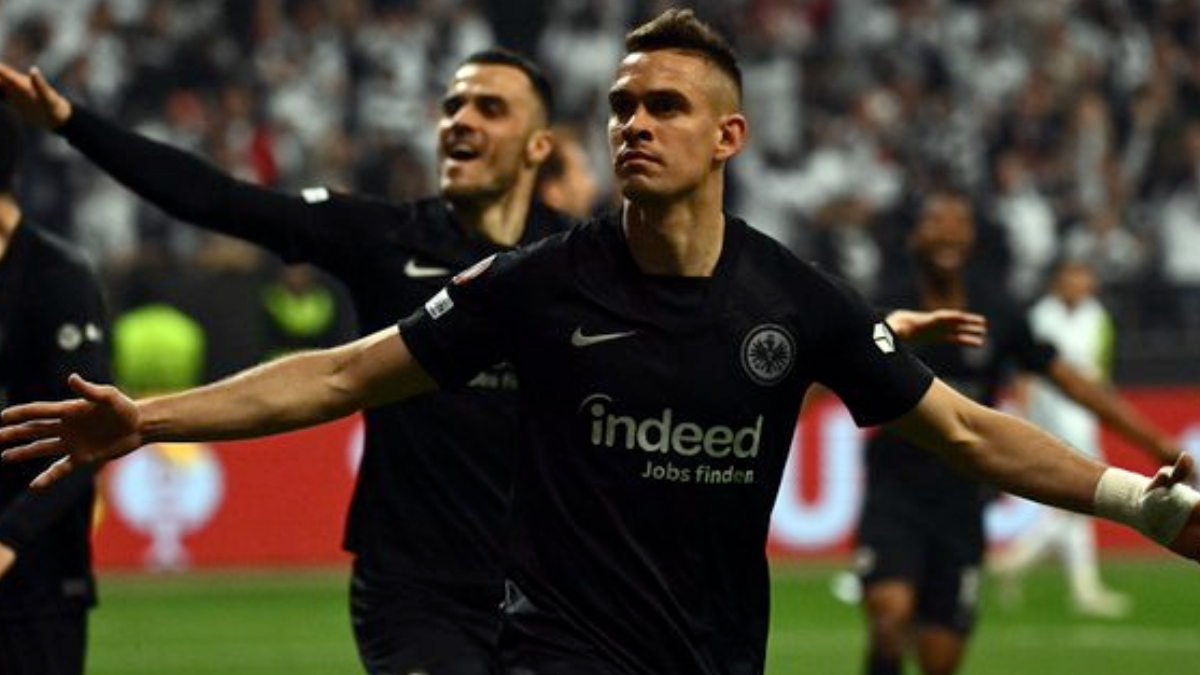 Glasner will miss four of his players in this fixture owing to injuries – goalkeeper Diant Ramaj, defenders Danny da Costa and Martin Hinteregger, and midfielder Jesper Linstrom. The Austrian manager is expected to stick to his tried and tested 3-4-2-1 formation.

With Kevin Trapp in goal, Almamy Toure, Evan Ndicka and Tuta are likely to form the backline, with Ansgar Knauff and Filip Kostic playing as wingbacks. Djibril Sow and Sebastian Rode could form the double pivot, with Daichi Kamada, Rafael Santos Borre and Jens Petter Hauge leading the attack.

As for the Gers, defender Filip Helander, midfielder Nnamdi Ofoborh and striker Alfredo Morelos will be unavailable, while Kemar Roofe is facing a race against time to make it to the starting XI.

The Rangers’ Dutch manager could field his team in a 4-3-3 set-up in this match. James Tavernier, Calvin Bassey, Connor Goldson and Borna Barisic are likely to form the defensive contingent, with Allan McGregor being the last line of defense.

The onus of controlling the tempo in the midfield will be on the shoulders of Glen Kamara, Ryan Jack and John Lundstram, whereas the responsibility of scoring goals will be on Ryan Kent, Scott Wright and Joe Aribo.

This fixture is likely to go right down the wire as both teams seem perfectly balanced from an overall perspective – with Eintracht Frankfurt having more quality in their ranks, but Rangers having all the momentum in the world. Specifically, because of the form the likes of Kamada and Borre have been in, we have predicted the Eagles to lift this piece of coveted silverware for the second time in their history.