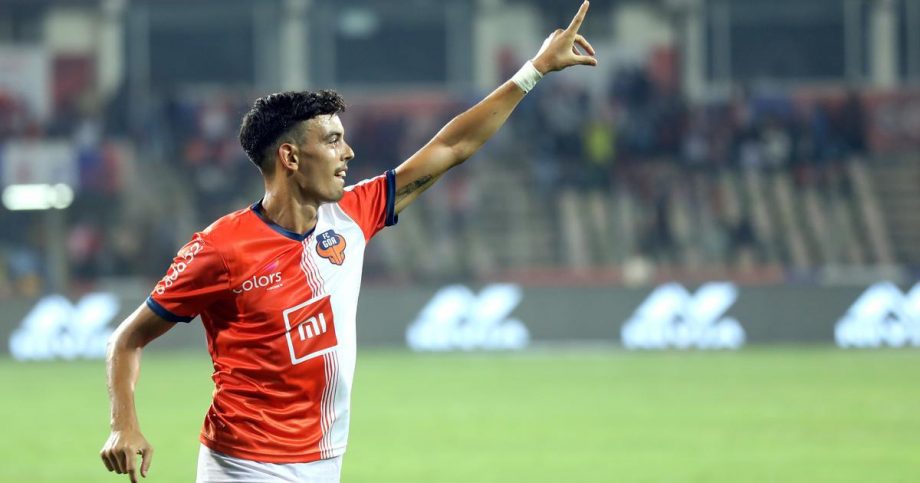 Edu Bedia has been named the new FC Goa skipper ahead of the 2020-21 season of the Indian Super League.

Bedia’s midfielder partner Lenny Rodrigues has been named the vice-captain of the club for the upcoming season.

Along with Bedia and Rodrigues, Seriton Fernandes and Ivan Gonzalez have been named part of the 4-men ‘leadership team’.

After the departure of long-time skipper and club legend, Mandar Rao Dessai to Mumbai City FC during the off-season, the new FC Goa manager Juan Ferrando decided to get the squad to vote on a new leadership group.

“I am grateful to my teammates for trusting me. It is a great honour for me to lead the team. I have always felt at home at FC Goa and have been loved by the people here. I take great pride in wearing the shirt and representing the Club.”

Talking about the fellow leaders chosen by the squad, the 31-year old Spanish central midfielder said

“Lenny, Seriton and Iván are very humble and hardworking players and that makes the rest of their teammates respect them.  They are all leaders who have time and again set examples for others to follow and I am really happy to have them alongside me as we look to set the tone early on.”

Club head-coach Juan Ferrando says that even though these four players have been voted to be a part of the ‘leadership team’ but all the senior overseas players in the squad have the responsibility of mentoring the young starlets. He said

“Not only the captains but all foreign players in the squad know that they have the responsibility of helping the youngsters and providing them with the information they might need to grow as a person and a footballer.”

FC Goa will be playing their first match of the season against Bengaluru FC on 22nd November in what is set to be a re-match of the 2018-19 Indian Super League final. The re-christened squad at the club faces Mumbai City FC in the second fixture of the season as old familiar faces in Mandar Rao Dessai, Mourtada Fall, Hugo Boumous, Ahmed Jahoh, and Sergio Lobera get ready to face their previous club for the first time.