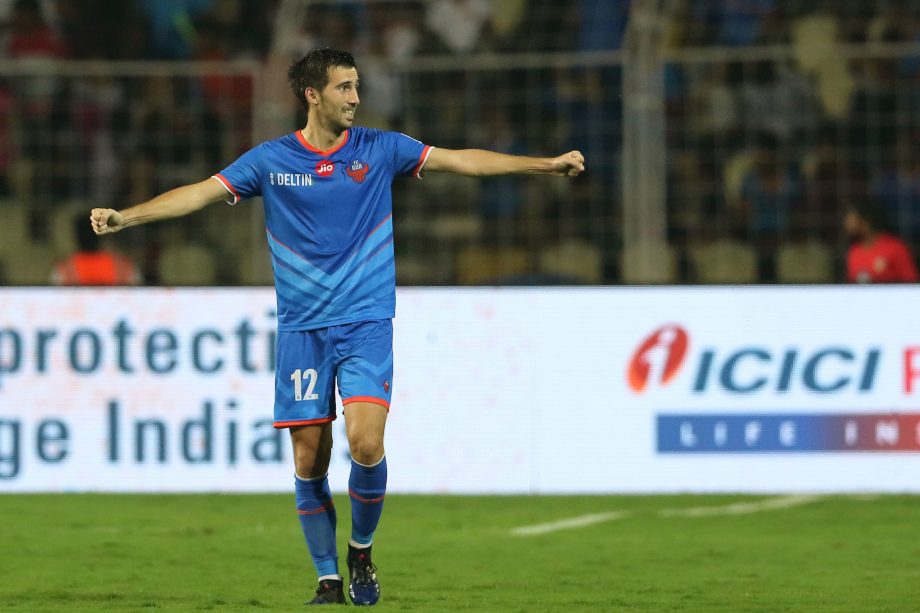 Rafael Crivellaro has been ruled out of the 2020-21 season of the Indian Super League with an ankle injury and has been replaced by former FC Goa and ATK star player Manuel Lanzarote.

Crivellaro was at the end of a strong tackle from ATK Mohun Bagan’s Pranoy Halder during their match against Chennaiyin FC on 29th December and has not turned out for the Marina Machans in any of their matches since then.

It has been confirmed by the club that their skipper is ruled out of the ongoing league season with a left ankle injury and they have moved quickly to bring in a quality attacking midfielder.

Chennaiyin FC has signed former FC Barcelona academy graduate Manuel Lanzarote on a short-term contract till the end of the ongoing ISL season.

The 36-year old is glad to sign for the two-time champions and hopes that it will be a good experience for everyone involved.

“I am very happy and proud of the opportunity to play for a club that has won the ISL twice. Although it will be a very short stage, I hope to contribute with my experience and be able to help my teammates to achieve our goal.”

The Spanish forward played for FC Goa in the 2017-18 season and struck an amazing partnership with Coro scoring 13 goals and providing 6 assists in 19 matches. After falling out with the former Gaurs manager Sergio Lobera, the Spaniard moved to ATK and scored 5 goals and provided 2 assists in 14 ISL appearances during the 2018-19 season before moving back to Spain to play for CE Sabadell in the second tier of Spanish football.

Chennaiyin FC manager Csaba Laszlo praised the club’s latest acquisition and hopes that the star man’s experience will be able to help the team turn their fortunes around in the ongoing ISL season.

“Lanza (Lanzarote) is a seasoned professional with experience of playing in India. We hope to have him involved at the earliest and remain in the mix to push for the play-offs at that stage. Albeit for a short period, we welcome him to the club and look forward to working together in achieving our objectives.”

The wily and pacey forward is yet to arrive in Goa and will undergo the mandatory quarantine period and should be available to play CFC’s early evening match against Hyderabad FC on 31st January.