Matchday 4 of the Bundesliga 2022-23 lived up to its promise as the top-of-the-table clash saw Bayern Munich and Borussia Monchengladbach share the spoils, while Borussia Dortmund, RB Leipzig, and Bayer Leverkusen all returned back to winning ways after disappointing results last week.

Here’s a full rundown of all the action that unfolded on matchday 4 of the 2022-23 Bundesliga season.

Having lost all three of their previous games, Bochum was hoping for a miracle against Freiburg, sadly there was no fairytale ending for them. Vicenzo Grifo scored the only goal of the match to snatch all three points for the home side.

The visitors conceded a penalty after goalie Manuel Riemann fouled Roland Sallai. Riemann did redeem himself but Grifo finally found the back of the net after two good saves from the Bochum custodian. The scoreline seemed pretty straightforward but it was a game full of action as both teams rattled the crossbar twice each, but none of them could trouble the scorers any further. 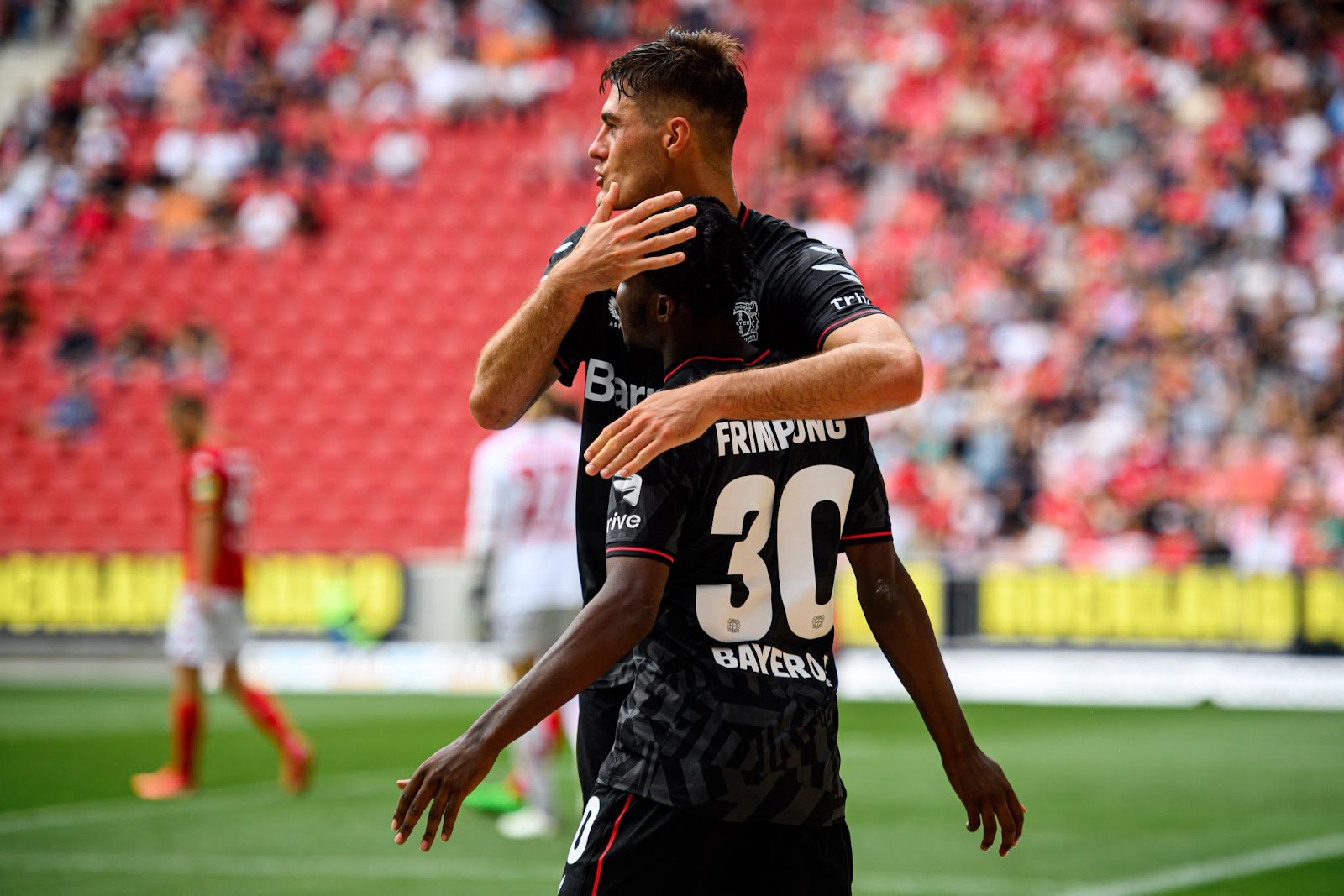 Bayer Leverkusen players celebrate after scoring a goal against Mainz

After three back-to-back defeats, time was running out for Bayer Leverkusen to rediscover their mojo. They did notch their first league win of the season in some style. Exequiel Palacios drew first blood, followed by Jeremie Frimpong’s brace put the visitors three goals to the good before the referee blew for the first-half break.

Defender Piero Hincapie was given his marching order for a second booking in the 77th minute and in the second-half stoppage time, Mitchel Bakker also saw red for a second offence. The nine men of Leverkusen nonetheless held on for dear life to pick up their first three points in Bundesliga 2022-23.

Both Leipzig and Wolfsburg were winless in the league coming into matchday 4, and it was Die Roten Bullen who enjoyed a comfortable 2-0 win courtesy of a brace from Christopher Nkunku. The hosts were handed a lifeline early on as they were given a penalty after just five minutes and Nkunku stepped up to dispatch the spot-kick into the back of the net.

Dani Olmo nearly doubled the lead for Leipzig, but his stinging effort went narrowly wide of the post shortly after. Wolfsburg showed good spirit in the second half but Janis Blaswich kept them at bay. Timo Werner found an unmarked Nkunku at the back post during the closing stages of the contest, and the Frenchman wrapped up the match with a simple tap-in.

Having won three of the previous four competitive fixtures under new coach Andre Breitenreiter, Hoffenheim were raring to go against Augsburg. The hosts began on the front foot as they scored a brilliant team goal shortly after the half-hour mark.

Georginio Rutter showed great determination to beat a couple of Augsburg players and release Andrej Kramaric who then delivered a sumptuous cross that Robert Skov set up on a plate for Dennis Geiger to blast an unstoppable volley into the back of the net. Both sides kept knocking on the door, but neither find the finishing touch and at full-time, it remained 0-1 in Hoffenheim’s favour.

Back among the big boys, Schalke was still in search of their first league win of the season as Union Berlin came to visit the Veltins-Arena. The away side needed just six minutes to kick-start a goal-fest that read 6-1 in the favour of Urs Fischer’s side.

Morten Thorsby gave his side the lead, followed by Sheraldo Becker’s brace, while Janik Haberer also got his name on the scoresheet. Marius Bulter did get a consolation goal for the Royal Blues but Sven Michel’s two goals late in the contest put the gloss on a memorable performance for the visitors.

Dortmund travelled to the capital to take on Hertha Berlin looking to get back to winning ways after suffering a late collapse last week. Edin Terzic’s side dominated from the get-go as they peppered Hertha’s goal with 22 shots throughout the contest.

Anthony Modeste was the dangerman who got Dortmund’s only goal on the evening, showing his strength to hold off the opposition defender and glance the ball into the back of the net. Both teams tried their best but it was a day when both goalkeepers were at the top of their game. In the end, Dortmund walked away with all three points. 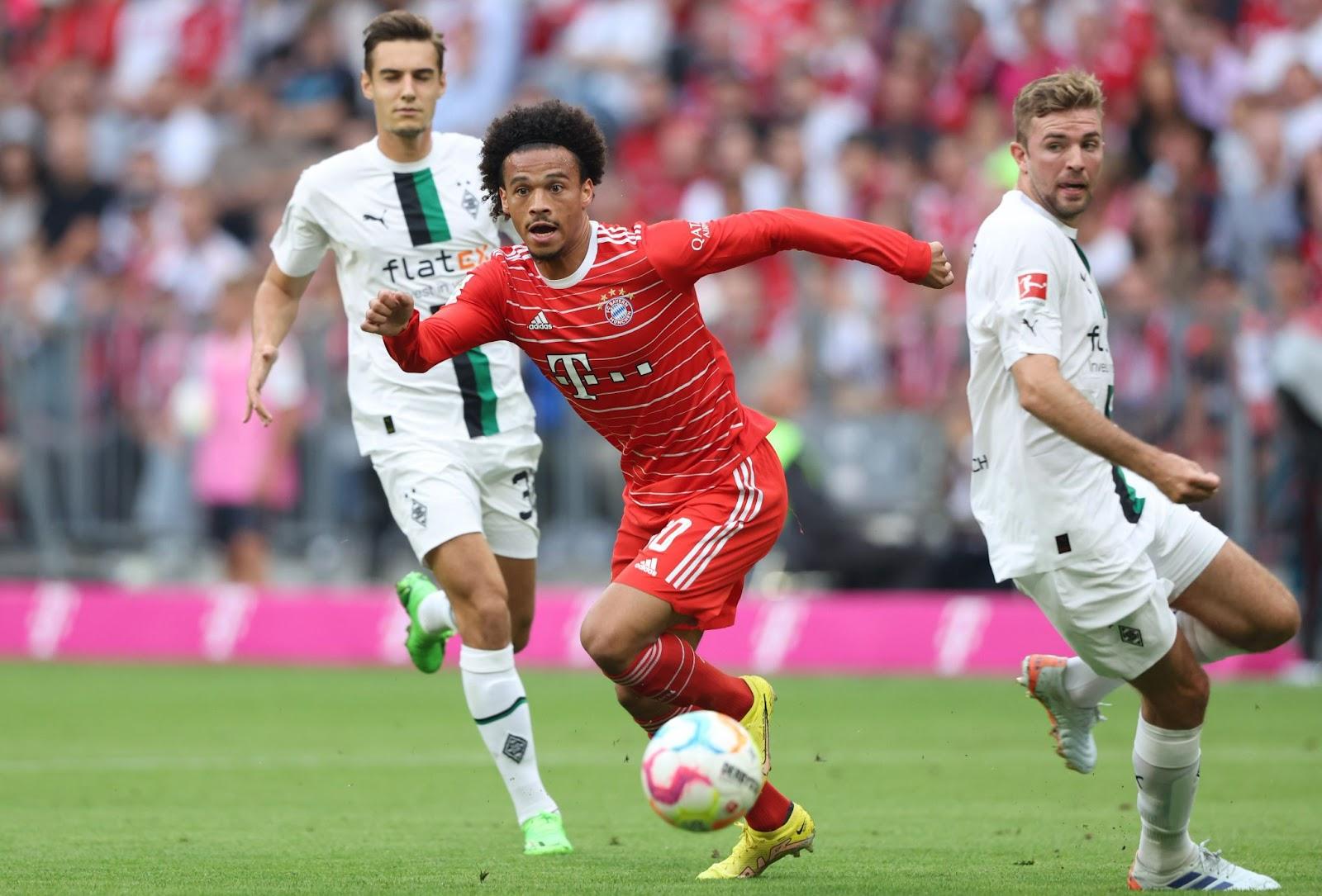 Monchengladbach and Bayern were both level at the top before they locked horns on matchday 4. It was all to play for, and fair to say that Christian Farke’s men nearly pulled away with a remarkable win from the Allianz Arena if not for Leroy Sane’s late heroics. Speaking of heroics, Yann Sommer delivered another world-class performance against the Bavarians.

The Foals took the lead after 43 minutes as Marcus Thuram latched onto the ball and finished cooly past Manuel Neuer after Dayot Upamecano made a melee of his clearance. Bayern kept knocking on the door but Sommer kept them at bay. His resistance was finally broken as Sane curled an effort from the edge of the box to snatch a late point for the hosts.

Stuttgart visited the RheinEnergieStadion in search of their first league win of the new campaign, but Marvin Schwabe stood tall like a wall as he denied Silas Katompa Mvumpa twice in one-on-one situations in the first half.

Into the second half and Koln nearly rattled the net only for Kostas Mavropanos to make a goal-line clearance. Silas was denied again by Schwabe, before his opposite number Florian Muller also pulled off a spectacular save to deny Jan Thielmann. Thus, after an excellent show from both the keepers, the match ended goallessly.

After a 3-2 win over Dortmund last week, Werder Bremen were involved in another seven-goal thriller Frankfurt came to visit the town. They needed just two minutes to break the deadlock with Mario Gotze scoring from the edge of the box. Anthony Jung came up with instant response as he drew the hosts level, shortly after.