Arsenal will host Leicester City in the English Premier League second-tour match at the Emirates Stadium. The fixture will take place on August 13, beginning at 19:30 IST.

The recently released series All or Nothing have greatly fuelled the enthusiasm of many fans for the upcoming season, they are now even more immersed in club’s life and eagerly counting down the days until every next match. And there are plenty of reasons for that excitement, things are looking really positive.

The Londoners have played outstandingly in pre-season and thereby raised expectations of the team’s results very high. And the highest hopes were met by Mikel Arteta’s charges with a powerful away game against stalwart Crystal Palace of Patrick Viera (2-0), and we shouldn’t forget that last season at Selhurst Park Stadium, the Eagles destroyed the Cannoneers with a whopping 3-0 scoreline.

In the first 10-20 minutes, Arsenal showed some very high-quality football, comparable to teams like Manchester City or Liverpool. Mikel Arteta’s charges showed that they are ready to play combinational eye-cathing football, with newcomers Jesus and Zinchenko perfectly fitting the team. Then, after scoring a goal, the intensity faded as the Eagles added to their momentum, however, the Gunners’ defence worked extremely well in spite of the fierce siege. Yet at the closing stages when the stamina of Red-Blues has run out, the Spanird added some energy with his substitutions and Bukayo Saka was able to add another on the counter-attack putting the game to bed.

2-0 at Selhurst Park is a great result, it was a tough game but the Londoners seem to have learnt to get the result they needed by playing pragmatically on occasion.

A big contribution to the clean sheet came from the team’s newcomer, William Saliba. The player, who has spent the last three seasons on loan spells in France, was named Player of the Match.

Many experts have openly admired the 21-year-old after the game:

“I think the most important thing for young players is just to play. He’s got football inside him, I was massively impressed by him. He reminded me of a young Rio Ferdinand. Crystal Palace away is a tough away game in the Premier League. They come at you. That’s a big night for him.”

“I thought he was really good. He looks the part, he looks a good player. I think Arsenal fans have been excited for this lad for a while… he looks the real deal. Bringing him in certainly adds something. Just his physical stature, will certainly help them in tough away games.”

“I think he has his feet on the ground…The players really like him because he has come really determined, a focused and humble boy who wants to take the club forward. He is so willing to be talked through anything you want to talk about, be coached, and his aim is to get better and get the team better, and that is about it.”

Oleksandr Zinchenko is another newcomer who has fitted into the squad perfectly since the first game, contributing a lot to the Arsenal`s win. The Ukrainian not only marked with the assist, but also performed superbly defensively, with many media reports giving him top ratings for the game.

Don`t miss out 👉: Manchester City vs Bournemouth: Preview and Prediction

Leicester have given us far fewer reasons to praise them than their upcoming opponents. The home encounter with Brentford proved that the pessimistic predictions about the Foxes were by no means groundless.

As the match progressed, it looked as though victory over Brentford was bound to happen. Header by Timothy Castagne and fantastic longshot by Kiernan Dusbury-Hall put the Foxes in a comfortable lead.

The first half ended 2-0 and the Blues seemed to have relaxed too much, believing in an easy win. This attitude has resulted in comletly lost second half as the Bees punished the hosts twice. The men of Brendan Rodgers were clearly superior to their according to the logic of the game, though they only managed to get one point on the way out.

The defensive line is currently raising questions, and it flinched at the most crucial moment. Evidently a completely failed transfer campaign is taking its toll so far.

Leicester are the only club in the EPL who have not yet acquired anyone this summer. There is no logical explanation for such passivity in the transfer market. And while the Foxes’ attack and midfield are relatively healthy, the rest is a mess.

In the summer, the management let go Kasper Schmeichel, who had faithfully served the team for 11 years – having started playing when the club was still trailing in the Championship. Despite his age, Schmeichel was a reliable goalkeeper, a leader in the changing room and on the pitch. It’s hard to imagine how many points the Dane saved for Leicester during that time. And now the team remains with Daniel Ward in goal, who has never been reliable at all, and unexpirienced Daniel Iversen, who has been with Leicester for a long time but has been on loan spells season after season. Iversen could eventually grow to Schmeichel’s level, but it will take time.

Leicester’s defenders stand as a separate subject. Brendan Rodgers sets his team to play three central defenders, but he simply does not have that many stable and classy players in that position. The only one who is at the right level without too many questions is the aged and injury prone Jonny Evans. Of course, you should not expect stability here.

In the long term Wesley Fofana should become a leader, but big clubs are actively interested in him. Currently, there are rumors regarding Chelsea’s interest in the Frenchman, but Leicester have set such a radicolous price tag, for which no one will buy 21-year-old players. Then there’s Çağlar Söyüncü, Daniel Amartey and Jannik Vestergaard, who at times play in a way that makes you wonder how they made it into the core of an EPL club. If Brendan Rodgers doesn’t figure out how he can solve all these problems, then progress is out of the question.

Leicester finished in eighth place in the spring, although before that they were seriously considered a firm top-6 contender. Sadly, the Foxes are not becoming a serious force in English football, regressing more and more each year. They have now slid down to a consistent mid-table side with ambitions of ‘something more’, which cannot always be matched by results and performance.

Without serious reinforcements, Leicester will find it difficult to remain even in the top ten. It’s very likely that the Blues will also lose James Maddison and Youri Tielemans before the transfer window closes – in such a case, the fans can seriously start to worry about keeping their place in the Premier League.

“I think it’s difficult to compare [the form]; we’ve just played one competitive match. They’ve had some good games – I watched the game against Sevilla and they’ve been together for a long time. It’s a really strong squad with a manager and coaching staff that have been doing a fantastic job and have huge experience in the league. It’s always difficult against them.” 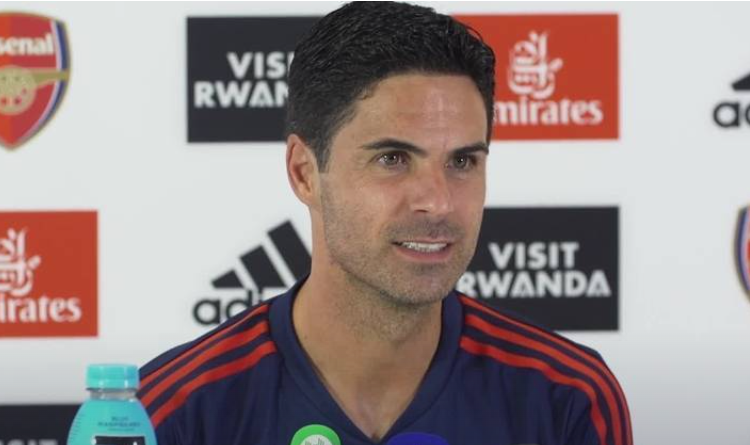 Mikel at the press conference

“Arsenal have gone to a new level with the three players who have come into the team. Saliba is a talented player, he’s gone away and got really good experience and you see him, he’s quick, he can dominate. He’s a fantastic addition and gives them presence at the back. The two guys coming in from Man City have made a difference. They’re coming from a world-class environment. Jesus is a world-class striker. You see his hunger and desire. It will elevate other players. Zinchenko can play in a couple of positions to the very highest level. They have given the squad the confidence and has given Mikel the tools to play how he really wants to play.” 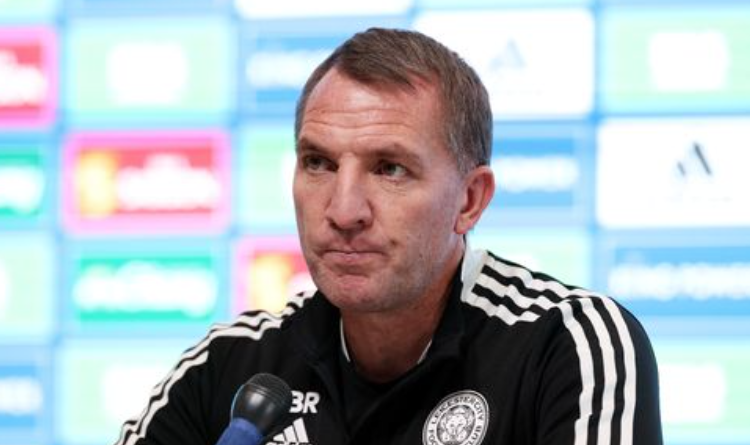 Brendan at the press conference

The Londoners appear to be not only a stronger, but also a more balanced side that has added significantly in quality in key positions. Right now, Fofana and Tielemans are thinking of leaving Leicester – with the latter likely to end up at Arsenal. Given the first-round setback, Leicester are again in a dire situation – it looks as if last season never ended.

Arsenal are both stronger and more confident at the moment. Leicester’s defence lacked stability last season, but all these problems are still in place. Brentford are not the strongest team when it comes to dictating the narrative of the encounter, but their pressure turned out to be simply out of hand for Leicester. In some fragments of the oppening match, Arsenal showed that they are ready to play their best football, the home ground and Leicester’s unreliable defence will contribute to a favourable outcome.

Don`t miss out 👉: Aston Villa vs Everton: Preview and Prediction