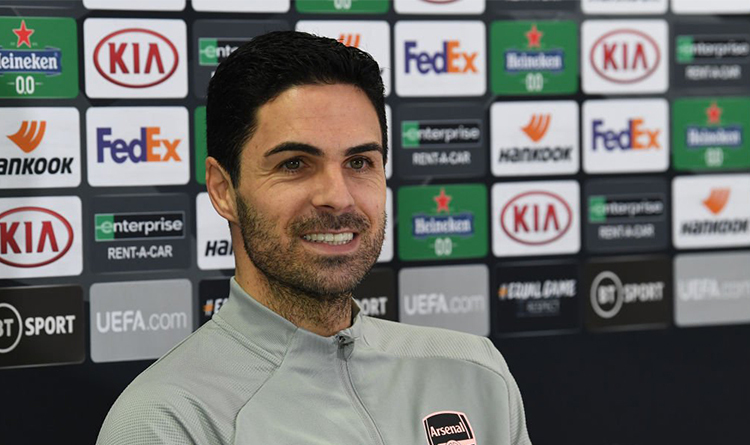 Arsenal was successful in the Europa League group stage. Mikel Arteta’s team won all six games at this stage, with a combined score of 20-5. The last match against an outsider from the bottom of the group`s table ended with a final score 2-4.

Arsenal played in the group with Molde from Norway, Rapid from Austria and Ireland`s Dundalk. Team from London is the only one in the European competitions this season to have won all six matches in the group stage.

It was admittedly a fairly easy group, if not the easiest in the history of European competitions for Arsenal. The head coach’s reliance on the youngsters has not let him down.

The young players showed a decent and well-coordinated game. And Nicholas Pepe, who got a 3-match ban after red card against Leeds in EPL, was nominated for the best player of the group stage in the Europa League. The average player rating for Pepe in the UEFA Europa League 2020 season is 8.84.

Eddie Nketiah, the young talented goalie from the Arsenal`s academy, has scored his fifth goal of the season for Arsenal against Dundalk- he is now Arsenal’s top scorer in all competitions this season.

Arteta on whether confidence from Europa League will translate to the Premier League:

“The group stage in general is really positive. It’s never easy to win six games in Europe. I think we’ve been really consistent and performing well. We need to do that at the end of the day we need to start winning football matches immediately we cannot sustain the results we had in the last six to eight weeks and that has to be immediately and we know that has to start on Sunday.. We just need the result. I have zero doubt about how the boys are going to respond and how we are going to try and be involved. We have to get the three points in our locker.”

Also there were a lot of rumors around talented 19-years-old Englishman Folarin Balogun, one more academy graduate. He recently got a chance to prove himself in the Europa League matches and he did it by scoring 2 goals with 1 assist in two appearances from substitution.

Arsenal`s boss on Balogun’s contract:
“Well, we’re having some discussions with the player he knows we want to retain him at the club. We know that the length of his contract at the moment is an issue, but we’re trying to resolve it in the best possible way. We want him to stay he said to me he wants to stay at the club, so hopefully we can reach an agreement and extend his contract.”

Another good news for fans and team:

How Arsenal will perform in the Europa League remains a mystery, and so does their fate in the Premier League. Arsenal is clearly not doing well in the domestic championship and the Londoners urgently need to rehabilitate themselves by winning this Sunday’s game against Burnley.