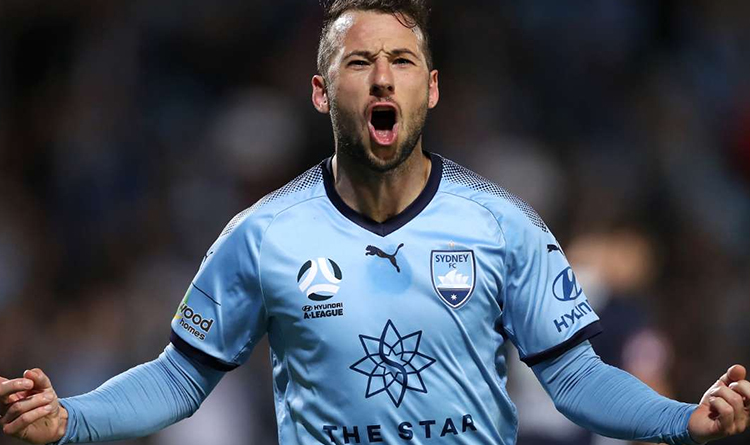 “This is a new adventure in my footballing journey. The ISL is one of the fastest-growing divisions in the world right now and Mumbai City has the vision and the ambition to be a leading club not only in India, but in Asia”

The 33-year old striker has moved to Asia for the first time in his career after spending most of his playing days in England. Born in Stockport, le Fondre made his debut for the local club Stockport County.

le Fondre joined Championship club Reading in 2011 and helped them secure promotion by contributing 12 goals and 3 assists during the 2011-12 season. In his solitary Premier League season, the centre-forward scored 12 goals and provided 2 assists for his teammates.

After plying his trade for several more years in the Championship, le Fondre joined Sydney FC in 2018 and scored 39 goals in his first two seasons at the club lifting the A-League trophy in his first season at the club.

The 2020-21 season of the ISL inches closer every day and the teams are ramping up their preparations for the big season ahead. The Islanders have spent big in the off-season after they failed to qualify for the playoffs in the 2019-20 league season.

Adam le Fondre is not the last of his signings with former FC Goa midfielder Ahmed Jahouh also rumored to join the Islanders within the next few days.