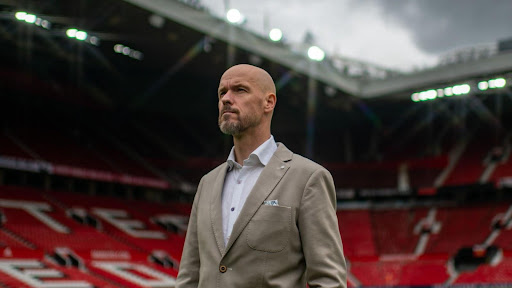 The Dutchman at the Wheel

The bugle of the brand new Premier League 2022-23 season has been sounded by the English Football Association (FA) on Thursday. The FA released the dates of 38 matchdays through a worldwide announcement and initiated the countdown for the anticipating season. The world’s grandest domestic football league will be kick-starting on 5th August where Arsenal will be taking on the London rivals Crystal Palace in the opening game.

Manchester United who were the runners-up of the 2020-21 campaign, suffered a lot the previous season and also missed out on the Champions League spot while finishing in the sixth position. The Old Trafford-based club has one of the biggest fan following around the world with a rich heritage in the English top-flight league. The Red Devils were eagerly waiting for the announcement of the PL calendar to gear up the preparations to regain supremacy.

The United fans have a lot of expectations from the new Dutch gaffer Erik ten Hag as his vision may bring revolution to the dejected roster. They will be commencing their 31st consecutive campaign in the Premier League by hosting the Brighton & Hove Albion side at the theatre of dreams on 7th August. Hence the ‘Parimatch News‘ brings you the 5 toughest fixtures for Manchester United in the 2022-23 EPL season.

The two clubs who used to dominate English football are not even able to prove themselves as contenders for the Premier League title. Despite the downfall of the mighty Londoners, Arsenal has maintained their enmity against the Red Devils and always turns up big against them. From the Wenger and Ferguson times to the modern-day era, many things have changed but the excitement level of the fans of both sides for this fixture has always remained the same.

It was the ‘Cristiano Ronaldo Show’ when the Red Devils hosted the Gunners in the first fixture of the previous campaign but the young Arsenal side squashed the counterparts in the returning leg. The familiar foes who finished 5th and 6th in the most recent PL campaign will be representing the English banner in the forthcoming edition of the UEFA Europa League. The enthralling battle between Premier League’s most successful club and FA Cup’s most successful club will take place on the sixth matchday at the Old Trafford on 3rd September. 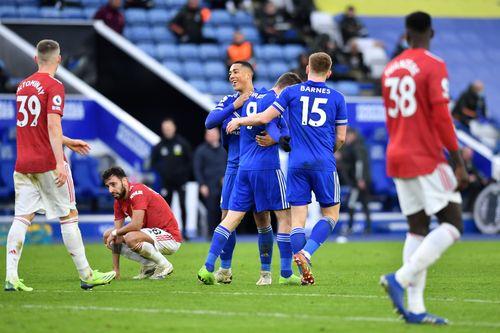 There isn’t any traditional or geographical rivalry between Leicester City and Manchester United but the Foxes are the ones who have troubled the Red Devils a lot in recent times. Ever since the fairy tale campaign under Claudio Ranieri, Leicester has established themselves as one of the toughest English sides and often finishes among the Top 6. In the previous season, Leicester was trying hard to barge into the Top 7 and get the European shot but Manchester United along with West Ham United kept them away from it.

The East Midlands-based club has remained undefeated against United in the Premier League for the last two seasons. In the first fixture of the 2021-22 season, the Foxes handed over an enraging 4-2 defeat to the Red Devils while managing to draw the Old Trafford fixture by 1-1. Man United has always been a dominant force against Leicester although their recent struggle against the same opponent states that this fixture is not going to be easy for Ten Hag’s men.

The battle between two top English clubs from the country’s two top cities delivers an action-packed experience to the fans as Red and Blue colours are always considered traditional rivals to each other. Chelsea is the most successful Non-Manchester club in the Premier League and has developed enmity against the United since the start of the 21st century. When the 2019-20 EPL season commenced, both clubs quarrelled in the opening fixture where the Red Devils registered a memorable triumph with a 4-0 scoreline and also went on to complete a double against the Blues.

Since then, all four Premier League fixtures between these two sides have concluded on a constant scoreline while only four combined goals were scored by both of them. In their most recent encounter, Chelsea dominated the Red Devils in every aspect of the game and also got a breakthrough in the 60th but the revenge strike from Cristiano Ronaldo held the visitors to a draw. Both of them have gone through major hierarchical changes and aiming for great heights in the forthcoming season hence the United’s Stamford Bridge visit on the 22nd of October will be enthralling.

Liverpool has been considered United’s greatest rival of all time as the rivalry between the two red sides hasn’t changed a bit ever since their first meeting back in 1894. The Red Devils may have lost their grip although the Merseyside Reds are still giving a shot at the Premier League title year in, year out. Due to the geographical reasons and football heritage, there was a duopoly between them in the old era where they exercised supremacy on every English top-flight silverware.

The Merseyside-based club is on an undefeated streak of Premier League eight fixtures against their greatest rivals and has scored a whopping number of 13 goals in the last three encounters. Manchester United could register only a single victory over Liverpool since 2018 and that too came in an FA Cup game where they eliminated the arch-rivals from the 4th round of the 2020-21 edition. Man Utd has announced the departure of five key players from the roster hence a great summer transfer window recruitment is necessary to prepare for the Liverpool threat which will occur on 20th August on the third matchday of the season. 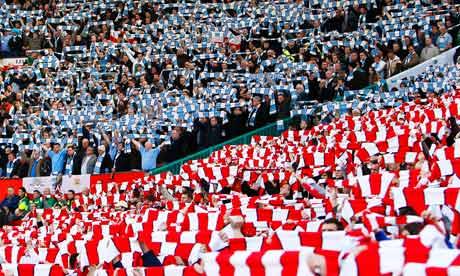 We are excited to see what the forthcoming chapter of ‘The Great Manchester Derby’ holds!

Two clubs from the same city, one has a rich heritage over the years while the other built it in a quick time in the modern era. Earlier it was just a geographical rivalry between them but ever since the Arab revolution in the Blue half of Manchester, the competitiveness has reached new heights. Despite the current invincible status of the Sky Blues, United has always managed to give a tough fight to the Citizens.

After going winless against arch-rivals for two straight seasons (2019-20 and 2020-21), City finally accomplished their revenge by completing a double in the following season. Braces from the Belgian Magician Kevin de Bruyne and the African Roadrunner Riyad Mahrez were the highlights of the previous face-off between these two Manchester sides where only Jadon Sancho from the red half could place himself on the scoresheet. Season’s first Manchester Derby will take place at the Etihad Stadium on 1st October while the Old Trafford leg will be staged on the 14th of January 2023.