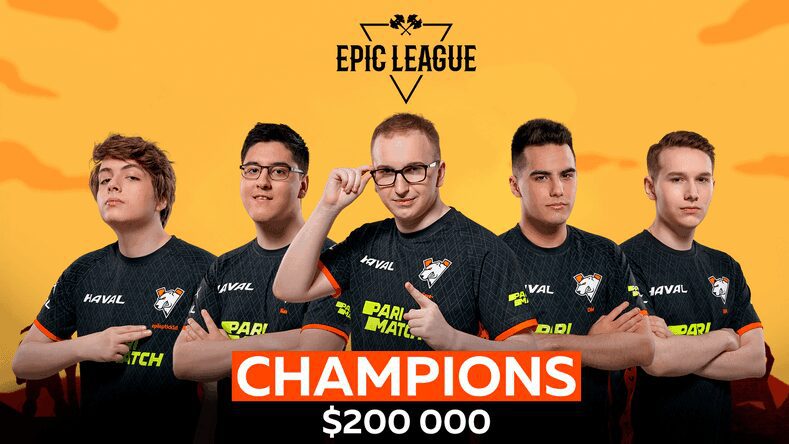 The young and new-looking roster of Virtus.pro has won its first ever title together, as it defeated European hotshots OG in a best-of-five series to claim the Division 1 title of the much-acclaimed Dota 2 EPIC League.

The gamble has paid off. Only three months earlier, Virtus.pro axed their entire roster and played the waiting game, until just recently, when they moved their young’uns, the VP.Prodigy team, into active status and promoted them as their main team.

The CIS-based team impressed throughout the whole tournament. In the group stages, they finished on top with an explosive 7:2 record and secured an upper bracket playoff spot. From there on, they never looked back, as they remained undefeated for the entirety of the remaining tournament.

VP’s opponents in the final, OG, on the other hand, stuttered a bit in the group stages, which is reflected in their 5:4 record and also in their 7th-placed finish. They only marginally sneaked past others into the lower brackets of the playoffs. However, they found their grooves right when it mattered and often dismantled their opponents, losing only one game in four different series.

The grand finals, though, were a treat to watch, a back-and-forth affair which was fiercely contested. But by the end, VP proved to be too hot to handle, as their young guns shone brighter and clinched the glory. Vitalie “Save-” Melnic was selected as the best player to watch in the tournament.

Beyond the grand final, the ever-improving Vikin.gg once again made their insurgence clear to the European Dota 2 scene, finishing third on the standings. It will be very interesting to see how far they can go in the upcoming season of DPC (Dota Pro Circuit).

The famed competition had an enormous prize pool of $500,000, which was divided amongst the top teams of the tournament: