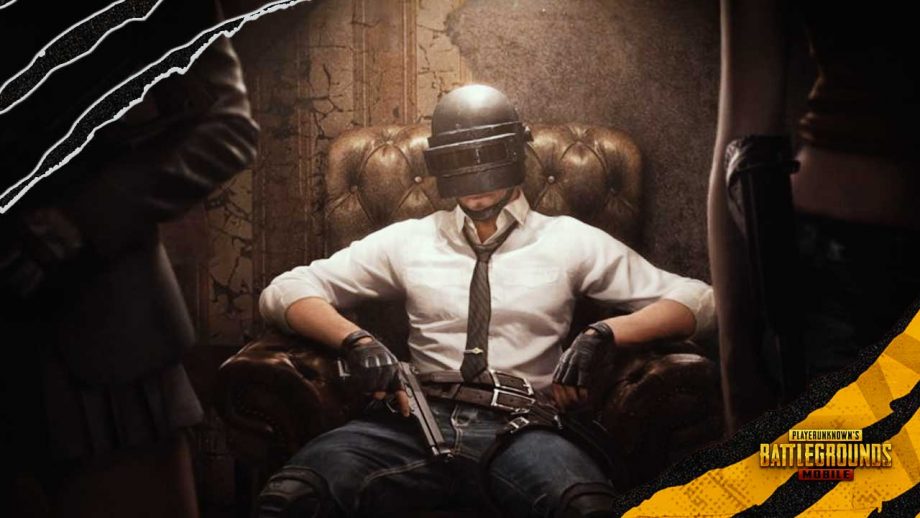 No more PUBG Mobile in India!

PUBG Mobile, the smash hit Battle Royale title that was banned in India only a little over two months ago for cybersecurity related concerns, was indeed a big part of many Indian gamers’ lives. Some had come out of depression because, some had gone into depression because of it, some played it to channel, and some, only for entertainment purposes. No matter what, every Indian household was familiar with the term “PUBG”.

With a little more than 50 million monthly active users in the overtly populated nation of India, PUBG Mobile was by far the most popular, the most played, the most streamed and the most peaked mobile game in the country before it was banned in September. It helped grow an entire ecosystem of gaming and eSports organisations all over the country and even a sidekick industry of streamers that got the best out of PUBG’s spectator friendly gameplay functions. 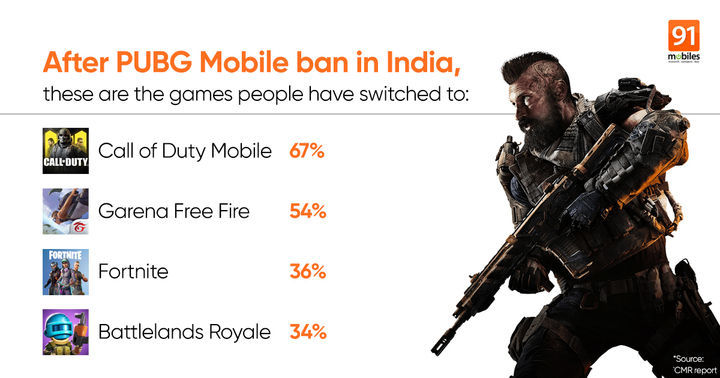 The global PUBG market, and the global eSports market itself, in general, alongside the Indian one, have taken major hits because of the initiation of the ban. PUBG was one of the major catalysts for the meteoric rise of battle royale games all over the world. Streaming platforms like YouTube, FaceBook Gaming and Twitch drove the PUBG PC version into legendary status, acting as a pioneer and paving the way for some of the most popular games played today including Call of Duty Warzone, Garena Free Fire, Fortnite, Valorant and many more. Although it was released later, In terms of credibility on streaming platforms and social media, the mobile version of PUBG has convincingly surpassed the PC version.

PUBG Mobile recorded 331 million long hours of live viewing experience for fans across YouTube and Twitch in Q3 2020, making it the No.3 title for the whole quarter. India contributed significantly to that huge viewership. However, the overall viewership of PUBG Mobile has dropped drastically since Indian government’s ban on the game came into effect.

As a result of the ongoing Geo-political tensions between China and India, the government of India decided to ban 118 Chinese apps from Indian in early September. At the end of October, Tencent, the creators of the game, decided to cut off all access and services for Indian PUBG users, turning down the servers.

In the several years before the ban, PUBG Mobile racked up more than 150 million downloads in India alone, becoming absolutely integral to the whole growth market’s gaming, streaming and in general, the eSports scenes. All four of PUBG Mobile’s worldwide top four streamers are from India: gtxpreet, dynamo gaming, sc0ut and mortal.

What the ban has done is that it has brought down PUBG Mobile’s global online viewership from 134 million hours in August 2020 to 61.2 million in September 2020. This viewership came down further to a lowly 48.6 million in late October, marking the first ever instance in over a year where PUBG Mobile got kicked out of the top 10 games (by peak viewers). The aforementioned top four streamers of PUBG Mobile saw a decline of 75% in viewership hours, again from August to October.

Compared to one of its closest competitors “Garea Free Fire”, PUBG Mobile’s recent YouTube and Twitch viewership stats show us how quickly and inevitably the tables have turned. 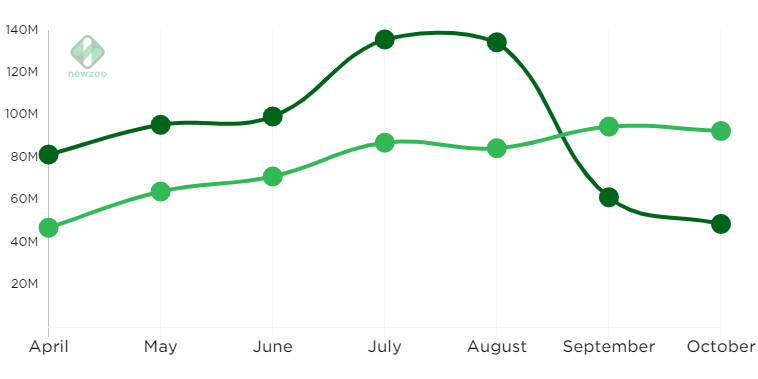 It appears as if, to the more high-end users in India, COD Mobile is the game that appeals the most  and therefore is generating plenty of income. The lower-spec requirements provided by Garena Free Fire mean it has a bigger market in terms of players, but PUBG Mobile’s much higher fidelity rate might have ensured its better watchability for the Indian audience.

Those criteria are also easily fulfilled by COD Mobile, meaning the game has all the potential to fill PUBG Mobile’s viewership spot in India in the recent future. However, viewership is often driven by playing time, which will most likely hinder Call of Duty’s ultimate success in the Indian market. To add to that, Call Of Duty Mobile is another game that was developed by Chinese game developers Tencent, meaning it also contains a risk factor of getting banned in India.

All the pros and cons of the current situation point towards a certain opportunity for India to take over their gaming market by developing and marketing their own gaming products and brands. Following the PUBG Mobile ban in September, Studio Ncore Games, a Bangalore-based eSports organization, announced their new game FAU:G (Fearless And United Guards), a PUBG-esque game with a prime focus on the Indian military. The game has been fully supported by the Indian government and also by several local actors and celebrities. The much awaited game is expected to be released sometime this month and has all the potential to become a gigantic success in India.

Since gamers and streamers alike are all looking for alternatives to PUBG, it is high time for the Indian eSports domain to rise up and show its true colors, as India is home to many of the world’s brightest minds. A gem or two could be on the cards.

One thing is for sure, the massive gap left in the Indian eSports scene by the departure of PUBG Mobile, has had multidimensional effects on the global eSports economy as well. But recovering from it will not be as easy for Indian market as it will be for the more spread-out global market.   Unhinged advancements towards the buildup of a new market structure — as well as its potentially thriving economy and disposable revenue — opens up major opportunities for game developers, publishers and marketers in India.