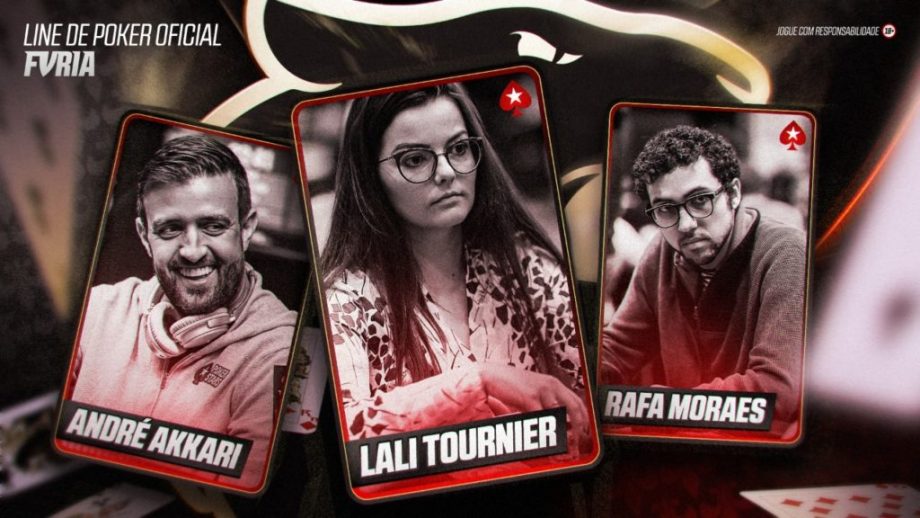 The deal puts an end to the long awaited fusion between poker and eSports. Both sides have claimed that the partnership will offer the eSports and the poker communities unique entertainment opportunities and uncompromised quality in content. The partnership will also see PokerStars’ branding placed on both the sleeves of FURIA’s official jersey.

As part of the deal, they have unveiled a brand new team of poker streamers together, which will be led by the PokerStars ambassador and FURIA CEO André Akkari in upcoming poker tournaments. The team will also include poker ace Rafa Moraes and Lali Tournier, a famous female poker professional from Latin America.

André Akkari, the Brazilian poker sensation, has been associated with PokerStars since many years and has cashed for a little more than $2.67 million (only) all by himself in his career. He currently ranks 629th in the list of most successful poker players. Back in August of 2017, he used some of that money to form FURIA, an eSports organization based in the United States, with fellow Brazilians Jaime ‘raizen’ Pádua and Cristian Guedes.

FURIA gained in stature by producing a successful Counter Strike: Global Offensive team that will take part in the upcoming BLAST Premier Fall regular season later this year. But their latest association with the poker platform has only delighted PokerStars’ Associate Director of Public Relations, Rebecca McAdam Willetts, who went on record to say:

“The team at Furia work very hard, lead by example, and are always looking to improve and evolve. This approach, as well as their general ethos, sits extremely well with what we aim for at PokerStars.”

André Akkari too has spoken about his excitement after the deal came to fruition. He said in a press release:

“Poker plays a natural part in Furia’s DNA. It’s all about making optimal decisions in the moment for long-term results. The partnership is a natural step for expansion as we look to move beyond eSports.”

Poker and eSports merge together very naturally, and it will be fascinating to see how fast the crossover appeal takes to set in, with poker and eSports professionals having lots of interchangeable skills. We’ll have to wait and see what the future reaps for the lucrative partnership and whether Akkari can recreate the magic he displayed when he played the famous hand where Niall ‘Psychic Firaldo’ Farrell was going after the Brazilian’s cowboys, right up until the latter called out the river card out of nowhere.