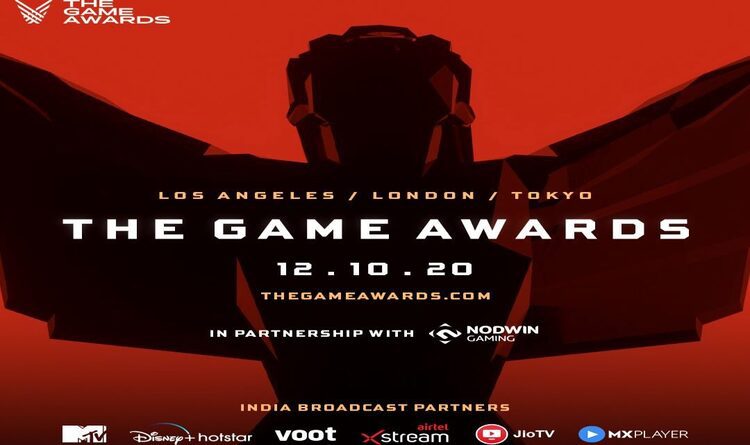 The Game Awards, the biggest celebration of the global gaming and eSports domain, has expanded its live distribution plans by entering the frame in India through the able hands of NODWIN Gaming, with its broadcast due to commence on Thursday, December 10, 2020.

The reach of this award ceremony that is casually called “the Oscars of the gaming world” is growing every year. Last year, it was enjoyed live from home by almost 50 million viewers. The Game Awards is one of the biggest live streamed functions of the year on the Internet. The Game Awards unites game makers, eSports competitors, digital influencers, fans and Hollywood for an evening of awards, brand new game world premieres, new game declarations and musical exhibitions that commend gaming as the most remarkable, moving and vivid form of amusement.

Last year, the only places Indian viewers could enjoy the ceremony were Facebook, Twitch, Twitter and Youtube. But this time around, with the help of NODWIN Gaming, the show will be telecast live on Indian national television, on MTV India. It will also be streaming live, at the same time, throughout various streaming and OTT platforms of India, including — Viacom’s Voot, Airtel, MX Player, Reliance’s JioTV, and Disney+/Hotstar. A Hindi co-stream will also be added to the streaming of the show on these platforms, thanks to NODWIN Gaming again.

The all-new streaming partners of The Gaming Awards in India join a platter of 45 digital partners worldwide that will broadcast the show live and absolutely free of charge. The distribution deals in India were handled by NODWIN Gaming.

Co-founder and Managing Director of NODWIN Gaming, Akshat Rathee was overjoyed by the deal and said:

“The Game Awards have always been the epitome of our industry. A true celebration of our art form. This COVID year, we all know that gaming has done well and NODWIN is proud to bring The Game Awards back to India. With the strong backing of MTV on linear TV and Airtel Xstream, Hotstar, Jio, Voot and MXPlayer, we can positively say that this will be the first time that The Game Awards will reach more than 100 million Indians on their most preferred TV channels and OTT platforms. We look forward to celebrating our love for gaming with everyone across the country.”

Geoff Keighley, the creator of The Game Awards also expressed his delight at the striking of such a competent deal, which will enable the show to reach a far greater number of eyeballs, as Indian audiences are nowadays very much focused on the streaming platforms, even more so than traditional television. He stated:

“We’re thrilled to grow our distribution in India with an incredible group of partners that share our view that gaming is a universal language that challenges, inspires, entertains and ultimately unites cultures.”

NODWIN Gaming, the official partners of the show, are South Asia’s topmost eSports organization. They are an autonomous auxiliary of mobile gaming organization Nazara Technologies. Shaped in 2015, the India based organization has since delivered more than 10,000 hours of gaming content, has been viewed by more than 100 million+ viewers and arranged more than 100 gaming and eSports functions.

This new development will only boost the company’s image even further and such achievement will remain as one the biggest feathers on their cap. This will open doors for other major Gaming and eSports events to enter the indian market, which will only grow India’s place in the global gaming domain.