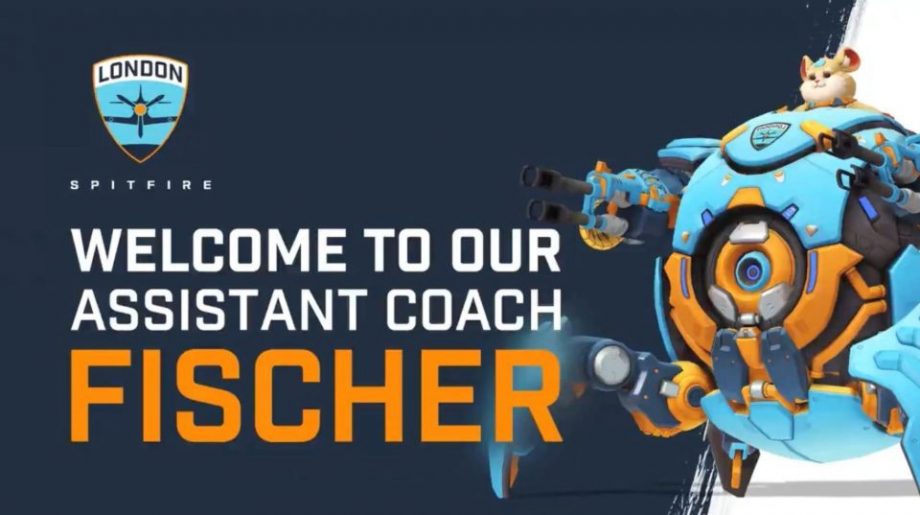 The rumors have now become the truth! The “Mad Lad” Fischer himself has signed for the London Spitfire roster as their assistant coach. The announcement came as a relief for the Spitfire faithful and as a promotion for Mads “Fischer” Jehg. His arrival to the famed Overwatch League marks a reward for his successful career in Denmark, both as a player and also as a coach recently.

Also known as the “Mad Lad”, Fischer played for a long time in the Danish national world cup Overwatch team, before making the long-awaited leap to coaching. He’s not totally a stranger in the Spitfire ranks, though, as he was also a massively successful head coach at British Hurricane, the academy team of Spitfire, for a brief period of time.

After joining the British Hurricanes in early 2020, he led them on a tremendous run in the lower tiers, which eventually culminated into them winning the EU Contenders Gauntlet trophy and becoming the young Overwatch kings of Europe. The Hurricanes lost only one map in that entire competition.

This signing is destined to solidify the unity between Spitfire and Hurricane, as there was an old culture between the teams to go on joint ventures more often which had diminished quite a bit in the last couple of years. The signing also shines light on Spitfire’s ability to breed talent under their own shelter. The track record Fischer has garnered in the short time he has been coaching is only a little less than flawless.

To add to that, some of Hurricane’s youngsters who played under Fischer this whole year, are rumored to be signing for Spitfire very soon. That will make his job even easier, as he will know all their ins and outs beforehand. It will be interesting to see how the mad lad’s much-awaited entry into the Overwatch League transpires at last.