G2 Announces the Signing of “Rekkles” as Its New Marksman, Fnatic Close to Replacing Him with “Upset” 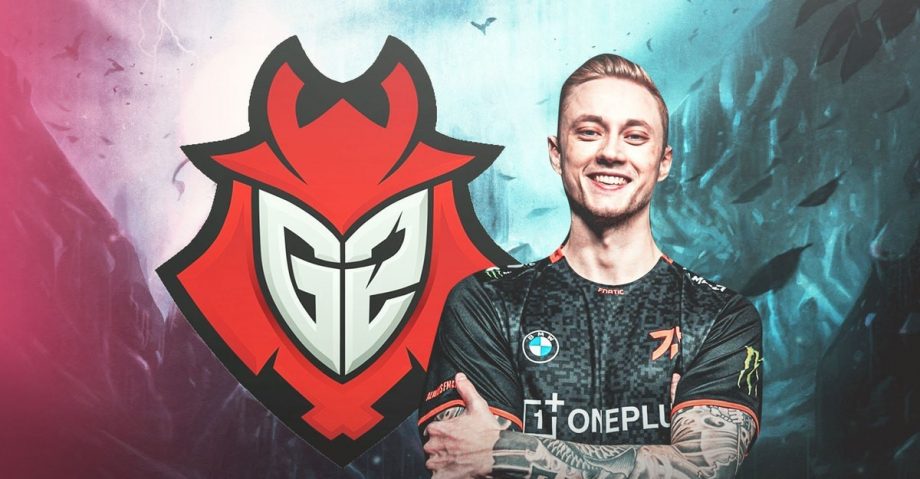 Rumours have come true again. “Rekkles” is now officially a player for G2 Esports. Moreover, recent reports also suggest that Fnatic are agonisingly close to announcing the signing of “Upset” as their latest marksman.

The announcement came from G2 Esports only on Saturday, even though the news of their interest and the likeliness of the signing was already making the rounds beforehand through major leaks and rumours. But with the news now validated by G2 themselves, the German eSports organization now has an extremely jam-packed roster, filled with talent everywhere within, to take on the ensuing next season of LEC (League of Legends European Championship).

Many loyal fans of the famed competition now fear that no other European LoL team can stand up to the talent and experience in G2’s ranks, especially because of the fact that everyone in that roster is going to play in their preferred positions, with each and every player able to take the responsibility if the others lag behind.

When it comes to Fnatic, they know quite well that replacing the likes of Rekkles can be pretty hectic, not only because he used to carry the weight of the team on his shoulders for many years, but also because they will have to integrate two new roster members in a very short amount of time. This reshuffle might take them longer to accommodate than it will take Rekkles to start clicking in G2 colors.

Gaming outlet EsportsManiacos, who recently (and correctly) leaked the news of Rekkles joining G2, much before the official declaration, are now claiming that Astralis’s Elias “Upset” Lipp is the preferred target for Fnatic to fill in their vacant marksman spot.

As the reason for this rumour, they stated:

“He is a more versatile and safe option than anything else that is free on the market.”

Keeping that in mind, it’s safe to presume that the famous LoL entity Fnatic will not be looking to buy out any under-contract player from other teams, which means only one thing, that their fans’ expectations of seeing Patrik in Fnatic’s famous black and orange colors will not be met this term, as the player is currently under a contract at Excel Esports.

The other player rumored to be joining Fnatic is Cloud9’s “Nisqy”, replacing long-serving mid-laner “Nemesis”.