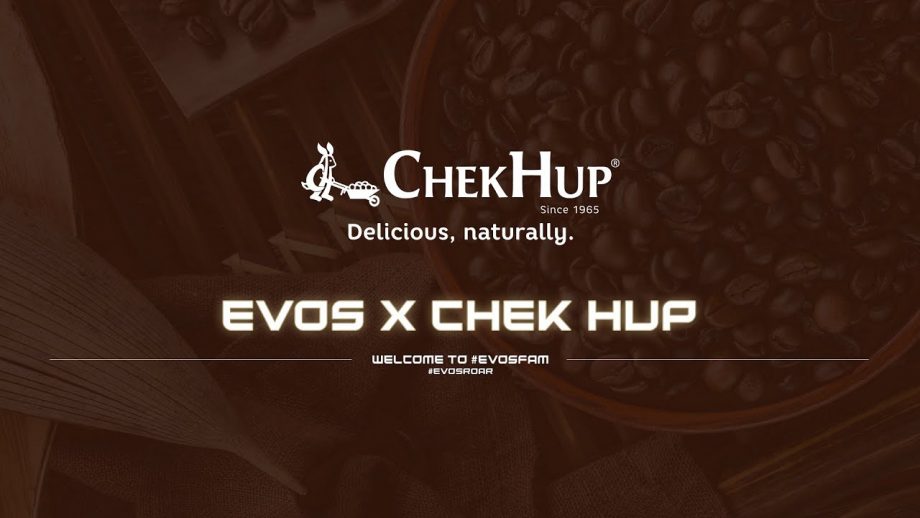 EVOS Esports, considered by many as the topmost esports organization in Southeast Asia, has announced a lucrative partnership with Malaysian famous coffee chain “Chek Hup Coffee”.

All the famous and potential talents across different rosters from EVOS will act as brand ambassadors for the popular coffee brand, which will offer its delicious coffee to the Indonesian eSports organization. In addition, the logo of “Chek Hup Coffee” will also be displayed on the jerseys of the EVOS players.

Formerly known as “Zero Latitude”, EVOS Esports is an out and out South East Asian eSports brand with its base set up in Jakarta, Indonesia. In the booming SEA eSports scene, EVOS is seen by many as the pioneers of modern gaming culture. They are often hailed as the best in the region – because of their role in the development of the eSports culture as well as their overall performances. They have competitive teams in League of Legends, Dota 2, Arena of Valor, Fortnite Battle Royale, FIFA, Counter-Strike: Global Offensive, PlayerUnknown’s Battlegrounds, Point Blank, and Mobile Legends: Bang Bang.

Their League of Legends roster has been the most successful among all their teams. The roster is full of Vietnamese players, with some of them considered the best the region has to offer. They qualified for the 2018 Mid-Season Invitational (MSI), where they played their hearts out and performed well above expectations against the world’s most well-known LoL teams. Their famous LoL roster includes big names such as Nguyễn Lê “But1” Tuấn Anh, Phạm “Zeros” Minh Lộc, Võ “Divkid” Thanh Tùng and many more.

EVOS Esports has also had a tremendous 2020, with the company recently announcing a partnership with popular eSports stats and news organization Newzoo. They also managed to raise a whopping $12 million in a Series B financing round. They have also reported exponential growth on popular platform TikTok.

Earlier in 2020, Allan Phang, the former head of eSports for AirAsia, joined the Indonesia-based organization as regional head of marketing and PR, which, along with this deal with Chek Hup Coffee, only boosts their propositions of spreading their wings all over Asia, and eventually shining at the world stage.