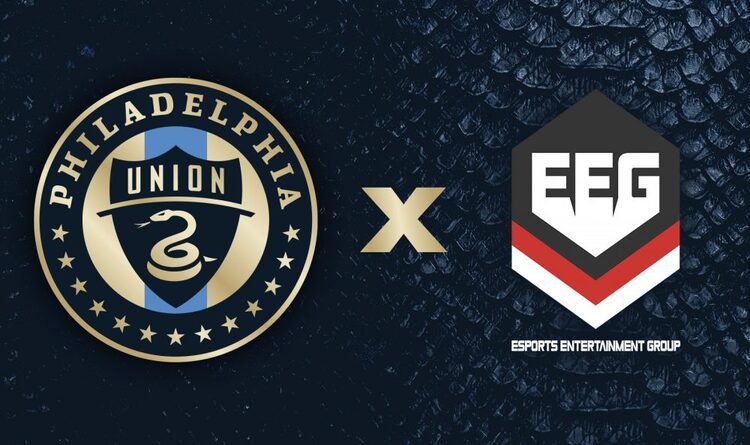 The agreement will enable EEG to host competitions for Philadelphia Union through the Esports Gaming League (EGL) platform. The deal has been in the making since late August.

Grant Johnson, CEO of the Esports Entertainment Group, has expressed his delight on striking the deal, in a press release, by saying:

“We’re excited to further extend our reach into Major League Soccer through our partnership with the Philadelphia Union. Traditional sports teams continue to incorporate esports into their programs, and we are quickly becoming the go-to provider for tournament solutions for this highly attractive market segment.”

Earlier in October, the prominent eSports firm confirmed their partnership deals with two of the most highly sought after sports phenomena in the US — LA Kings and LA Galaxy. The deals were quite similar to this one. This year itself, although seen as ‘cursed’ by many, has been one of the most productive in the history of the company, as they have had a handful of achievements throughout the year 2020. It started with them acquiring the naming rights to the hugely successful CS:GO roster “Dignitas”. Then they went on to appoint two highly rated former Argyll Entertainment executives — Stuart Tilly and Dan Marks — as their Corporate Secretary and Chief Financial officer, respectively. Then their year got even better, when they pulled through another stellar deal that saw them acquire eSports venue company Helix eSports and B2B software provider ggCircuit, for $43 million. The deals with the major soccer and basketball teams have proved to be the cherry on the cake for them.

“Our team and Major League Soccer have been at the forefront of incorporating esports as a way to connect and further engage our fanbase. With this partnership, we are excited to continue to build on our success in esports and to provide another way for fans to connect to the team they love.”

The exciting prizes in the events hosted by the EEG for Philadelphia Union in the future will feature exclusive team merchandise and “one-of-a-kind experiences” provided by the players and staff of the MLS team.

There has been a quite economic shift towards the eSports business during this never-ending pandemic. Franchises, clubs, athletes and other sports personalities, from all over the world, have shown interest in entering the eSports market and many of them have indeed entered it. It goes without saying, that firms like Esports Entertainment Group have made the most out of this dire situation, striking elusive deals, partnering up with other traditional sports phenomena, one after another. No matter what the financial outcomes of these deals actually are, they do serve the common purpose of showcasing massive fan appeal, and more importantly, merging different sports genres together by connecting the fans.