All Things Esports: Your Guide to the Beautiful World of Gaming 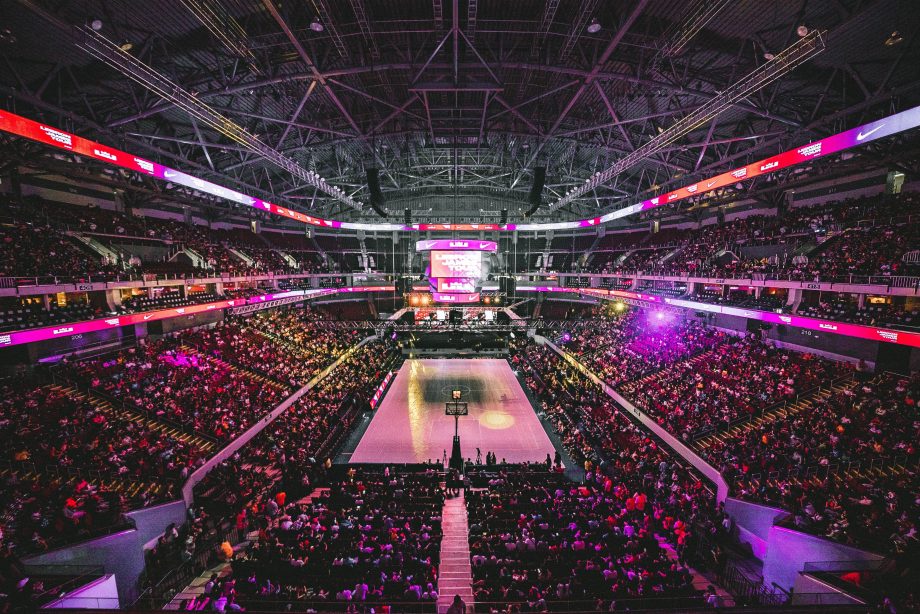 Esports is now a major global phenomenon. In this current pandemic, the gaming domain has spread maybe even more than the virus itself. The eSports industry throughout the world is growing by leaps and bounds, even as we speak. The global statistics on viewership, playing time, prize pools, player salaries regarding eSports are quite astonishing.

But what actually is Esports? Where did it start? How are they conducted? How much money is in this industry? And in which direction is it headed?

Here is your ultimate guide to All Things Esports, exclusively from PariMatch News.

Esports stands for electronic sports. It’s played on electronic devices, mostly connected through LAN or the internet. The sport had its modest beginnings in early 1972 at SAIL (the Stanford Artificial Intelligence Laboratory) which arranged the Spacewear Championship and hosted around 10 000 fans. The pioneer competition which was reported on by famous journalist Stewart Brand had a prize pool of $5,000. The following two and a half decades were extremely quiet. But in 1998, things started moving again. South Korea planted those roots. On 14th November, 1998, a tournament got underway  consisting of 16 top ranked players. At the start of the 21st century, South Korea pioneered in creating quite a few eSports leagues. The Korea Esports Association (KeSPA) had been created and it eventually established the infamous Starcraft Proleague. By the end of 2010, the 11th season of Global Starcraft League was running, which had more than $500,000 in prize money. Even today, the old GSL format is still used by many eSports associations and organizers. 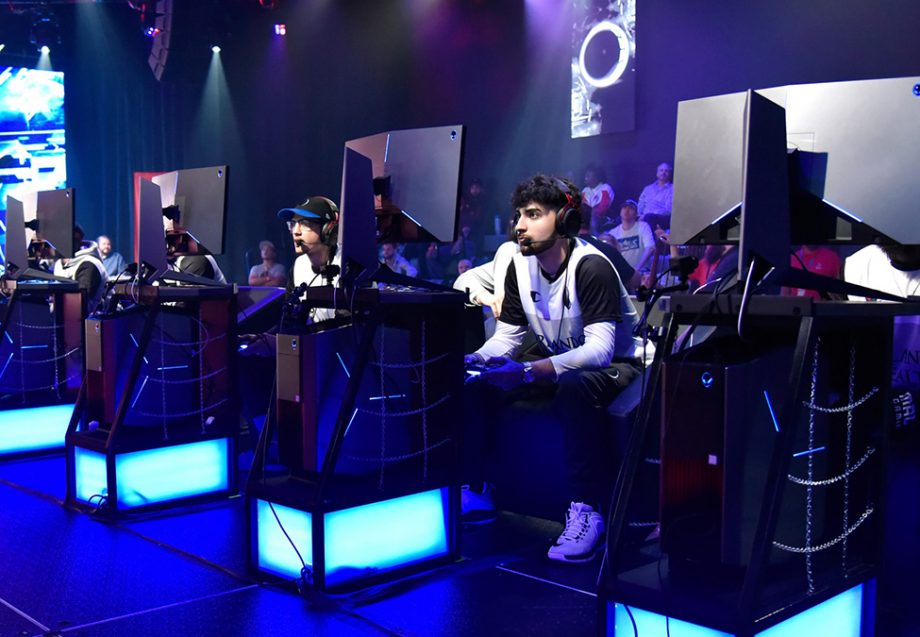 There is no real age limit to eSports. Most of the players are at their best during their teenage days or their early to mid-twenties. Kyle Giersdorf was a young German who won the Fortnite World Cup as a mere 16 year old for which he was awarded $3 million in prize money. Syed Hassan was another youngster, who became the highest earning player in gaming, also at the tender age of 16. Esports players go through training and practice sessions that are as rigorous as the ones experienced by their traditional sports counterparts. Just like in every traditional sport, performance enhancing drugs are prohibited from professional eSports. Contenders in the professional competitions are, thus, subjected to drug tests right before the tournaments and the matches. Dota 2 players have been seen as the highest earning ones. Some of them are:

What Do They Play?

Video games are a household commodity all around the world. But worldwide eSports enthusiasts focus on only a few, as they are more suited to the formats.  The games that are most frequently played include: 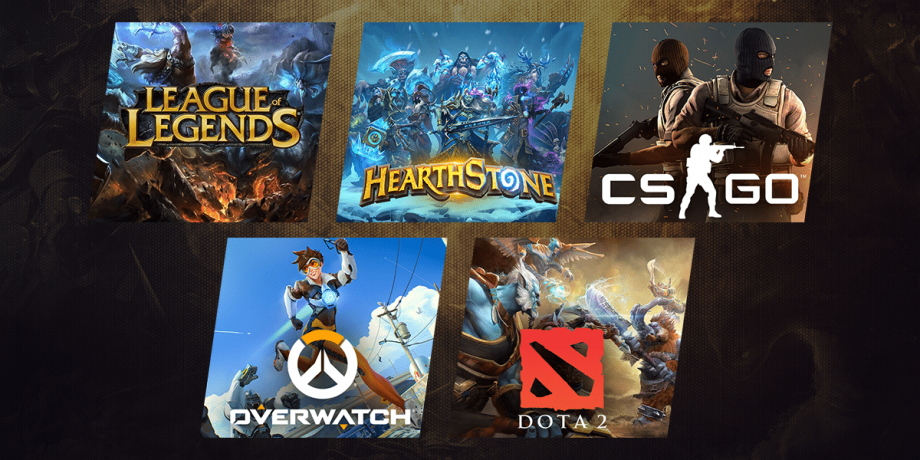 Who Watch Them & How?

Every sport owes its existence to the fans, and eSports is no exception. Its fan following is growing every day and reliable stats suggest a total audience enjoying eSports at over 450 million in late 2019. This whopping figure includes ticket sales at venues and also viewers who watch on electronic devices at home. Even more astonishing, a staggering 100 million plus viewers all over the world watched the League of Legends World Championships 2019 live. According to studies, gamers in the age group of <30 spend almost 4 hours every week watching game streams. Add that to the amount of time they spend playing sports and watching other traditional sports on TV, and you’ll realize that the effect of sports on a person can be mind-boggling.

Esports is normally enjoyed through live streams, conducted by the players themselves, normally. The bigger tournaments have organizers who hire distributors for worldwide broadcast. Streaming platforms such as YouTube, Twitch etc. provide this much needed service. The live streaming channels on those platforms are used by gamers to stream live games for millions of enthusiastic fans. People can also watch games in the stadiums or venues, whenever there’s such an eSports event (and also when there’s no pandemic!). Live streaming, though, is very high in demand because of the ongoing Covid alarms, with studies suggesting average daily peak viewing of esports will reach a staggering 220million by the end of 2020.

How Much Money Do They Make?

A lot. Period. Not all of them, obviously. But competitive gamers certainly make bucks, some of them making (a bit) more than others. Just like traditional sports, much of that money stems from sponsors. Esports has been incorporated with all sorts of brands and sponsors from all over the world. Three of the major sponsors are Red Bull, Mercedes and Audi. Esports events and championships also garner millions of dollars from advertisements and from broadcasting deals with world famous TV networks like ESPN. Professional gamers are also provided salaries by the respective organizations they play for, but the salaries are normally pretty low. In many cases, especially in the poorer countries, the payment structures are not that transparent either. The bulk of the gamers’ money, though, comes from endorsements and tournament prize money.

For a sport that was born far less than a century ago, eSports has certainly made its mark when it comes to tournament prize pools. Dota 2, the highest earning game by far, has grossed well over $200 million in prize pools since its foundation. The recent stats on Fortnite and CS:GO are also so very encouraging for the sport. The figures well and truly speak for themselves, and eSports has certainly become a real money spinner.

Status of the Sport

Esports has been getting recognition from all corners of the world. It is now seen, in many countries, as a mainstream sport. The Federal Administration of the USA for instance, has now recognised the professional eSports players as legit and professional athletes. One possible downside of the decision, though, is that from now on any international player who wishes to play in a US team, will be instantly required by law to acquire a US work permit and visa. The same can be said for other countries as well, that have given recognition to eSports.

As of now, eSports has already turned into a billion-dollar industry. The astounding financial growth of the sport can be partly credited to the diverse nature of major global institutions it has partnered with, ranging from traditional sports teams to billion-dollar car manufacturers. What’s next?

The abundance of investors and sponsors for the gaming domain has increased its chances of being considered as one of the most famous sports categories for people all over the world. The exponential growth in its viewing and playing stats also point towards the same fate.

A transition is taking place, and the world of sports is surely going to experience a major shift towards an ever-increasing gaming culture in the near future.

The GAME must go on.